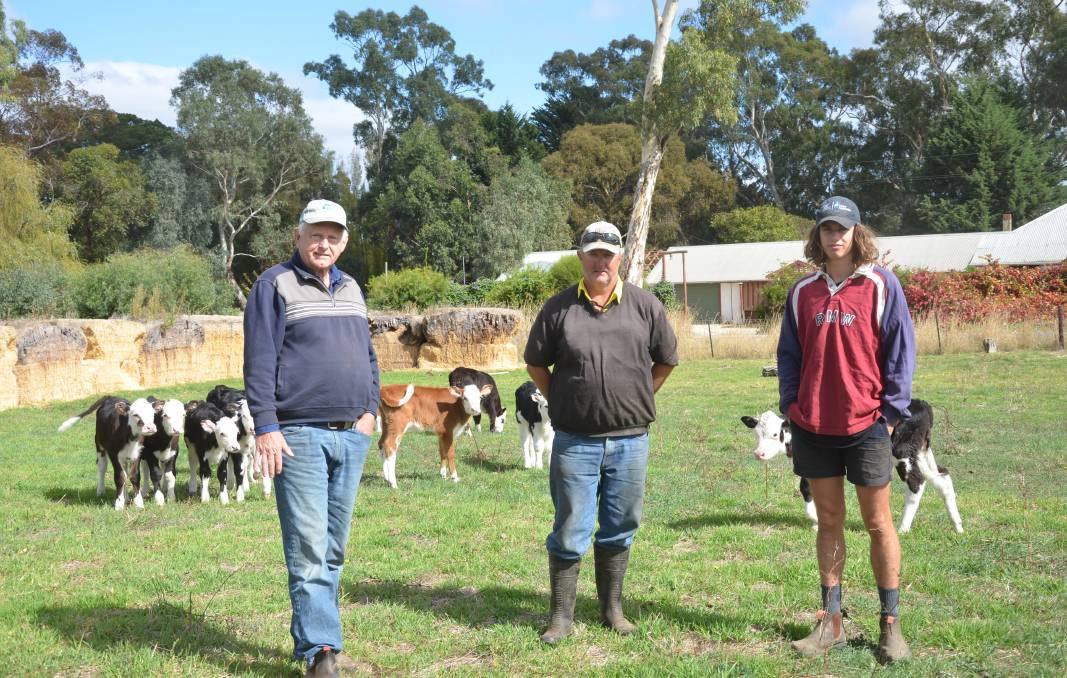 "Mess either of those up, and you can't get the result you're after, it's as simple as that," Trevor said.

The principle has served him well for steady expansion across the past five decades, after starting out with a small herd of 40 Friesans bought from his brother Max in 1967, on 32 hectares.

Today, Trevor milks 200 cows, with land acquisitions over time taking him to 142ha.

Trevor has always used Friesians, with annual milk production per cow sitting at about 7900 litres.

"They have good feet and legs, good, sound udders, good butterfat at about 4.6 per cent fat content, and last many years. Longevity is huge, because it costs a lot to produce a heifer," he said.

Trevor keeps his cows for eight to nine lactation periods, with half the herd calving in autumn, and the other half in spring.

Cows are artificially inseminated with Friesian semen, with a well-bred Hereford bull from Max then used to mop up any not in-calf, running with the herd for two cycles.

Herefords are chosen for easy-calving purposes.

"We usually get about 60pc success with the AI, then about 35-38pc are in-calf to the Hereford," Trevor said.

Hereford-Friesian calves are either kept and grown for beef, or sold to Max or son-in law Glen Pitchford, who join them to Hereford and Angus bulls, respectively.

While the crossbred calves are a good income stream, dairy remains the main focus, and their nutrition is down to a fine art.

The milking herd grazes on clover, ryegrass and cocksfoot pastures, strip-grazing a different paddock each day.

Cereal hay is supplied each night and morning, with Trevor also growing about 500 bales of silage annually, fed out during the drier months.

In the dairy, cows are fed either triticale or barley grain, with a mineral supplement containing copper and zinc.

"Once the cows stop producing milk, they stay in one or two paddocks for two months, then two weeks before they calve again, we bring them back in and feed them a lot more," Trevor said.

Two weeks before calving, cows are put onto a lead feed concentrate, from Hills Farm Supplies in Mount Barker.

"It's very important to lead feed the cows prior to calving - we used to have a lot of problems with milk fever, but this concentrate gets the herd's rumen functioning properly to produce milk," he said.