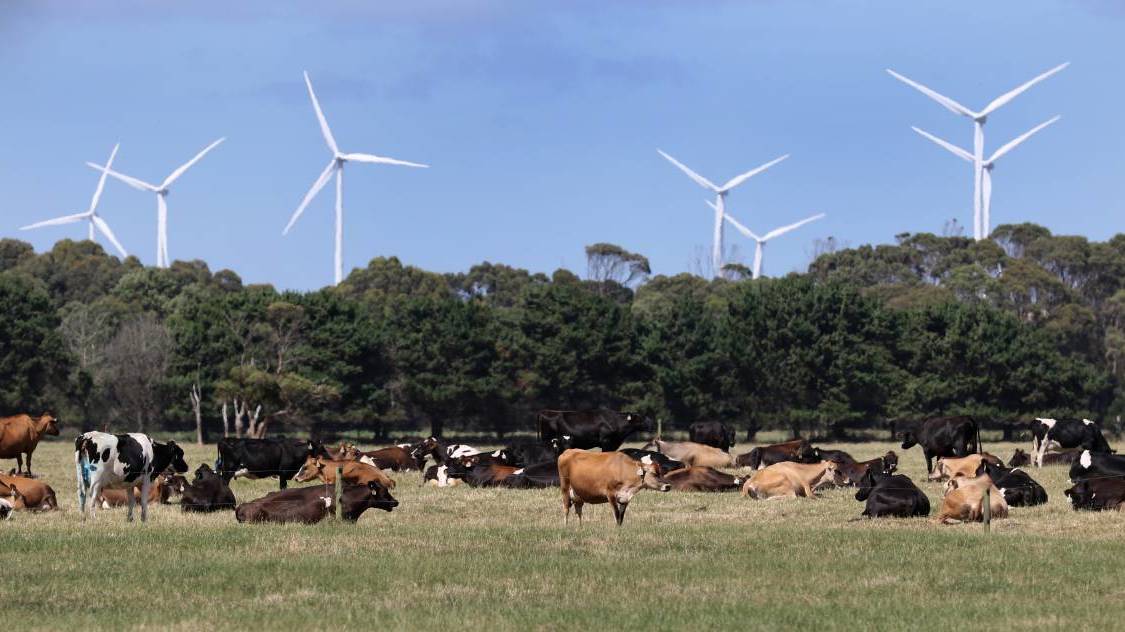 MULTIPLE INVESTIGATIONS: The Circular Head council has issued nine Environment Protection Notices to Van Dairy, in relation to requiring improvements in dairy effluent management on nine of its 27 farms.

There are now four separate investigations into the troubled Van Dairy company, in Tasmania's north-west.

The Tasmanian Environment Protection Authority has joined the investigation into the level of compliance by Van Dairy over environmental concerns raised by the local council.

The investigations come at a time when the Foreign Investment Review Board has been criticised for its "complete regulatory failure" over the company.

The country's largest dairy farming business has been issued with environment protection notices and had one of its licences suspended, over failing to meet effluent standards.

There have also been reports of significant animal welfare issues.

The Circular Head council has issued nine Environment Protection Notices to Van Dairy, in relation to requiring improvements in dairy effluent management on nine of its 27 farms.

"The management of dairy effluent impacts beyond the boundary of a farm is normally a matter for a council," Mr Ford said

"However, the EPA can involve itself where there are significant allegations of environmental harm.

"In this case, the role of the EPA has been to support the Circular Head council in its application of the state's environmental legislation, and the EPA has determined that it is now appropriate to provide investigative support to the council.

"I trust that Van Dairy Limited is committed to investing in the appropriate infrastructure and management systems to ensure the dairy effluent is managed in an appropriate and contemporary manner, both in the short and longer-term, and I will be engaging with the company on this basis."

The council referred the notices to the EPA, to assess the level of compliance.

The EPA will now begin an investigation, focusing on how Van Dairy has implemented the requirements laid out in the notices.

The investigation will be undertaken jointly with the council and in close consultation with the Tasmanian Dairy Industry Authority.

Mr Ford said he would also be seeking a meeting with Van Dairy's owner to discuss the requirements of the notices.

"It will be good, we need their support," Cr Quilliam said.

"There are various issues on those farms, they are all major and they are doing some work on it.

"I know our staff are out there, most days of the week, checking up on things."

Cr Quilliam said the greatest concern was cleaning up the effluent ponds before winter.

"It's what the ponds will cause when the winter rains come, the effluent could get into the rivers.

"I am not sure that's happening yet, but it will happen if something is not done."

He said he had concerns about the reputational risk to the industry.

"We talk about the clean-green image and so this doesn't portray that," he said.

Biosecurity Tasmania and the Tasmanian Dairy Industry Authority are also looking into claims of effluent mismanagement and animal welfare issues.

"Biosecurity Tasmania takes matters of this nature seriously and investigates all animal welfare complaints it receives," a spokesman said.

"Officers have attended, and will continue to have a regular on-ground presence at farms to conduct animal welfare checks and ensure property managers and owners understand their obligations under the Animal Welfare Act and to assess any further actions required."

It's believed Biosecurity Tasmania Inspectorate officers have made numerous visits to the farms and continue to do so.

VDL said to the best of its knowledge the company's animal husbandry practices were not under investigation by any animal welfare agency.

"Whilst we are watching with great interest, from the sidelines, and will be there for the Department of Primary Industries, Parks, Water and Environment , if we can be of any assistance, we have no jurisdiction," Ms Davis said.

She said she understood DPIPWE was investigating animal husbandry practices at Van Dairy.

"We have spoken a couple of times and I know they have had reports and I would be confident they are."

Speaking as a former Tasmanian Farmers and Graziers Association chief executive, Ms Davis said she felt "every regulatory oversight has not worked.

"This is what happens when decisions are made by people who take no-on ground responsibility for them," she said.

When she was at the TFGA she said while investment was welcomed, commitments were made and they had to be enforced.

Fonterra has also confirmed it is working with the the company.

A spokesman said Fonterra takes its dairying responsibilities seriously and was committed to ensuring that its suppliers managed the welfare of animals responsibly and meet their obligations as custodians of the environment on which they farm.

"Since becoming aware of the issues, we have been working with VDL and its management, the industry and regulators to ensure VDL remedies them," the spokesman said.

"We have worked with VDL to ensure a comprehensive plan is put in place, which includes initiatives to manage and resolve the on-farm issues and help them comply with industry standards.

"While progress is being made, it will take some time to see the material improvements from these initiatives."

The spokesman said dairy farms were complex businesses, with cows needing to be fed and milked daily.

"We we can't just stop picking up milk, particularly at farms of this size," the spokesman said.

"The situation at VDL is challenging and the responsible thing to do is to support VDL where we can."