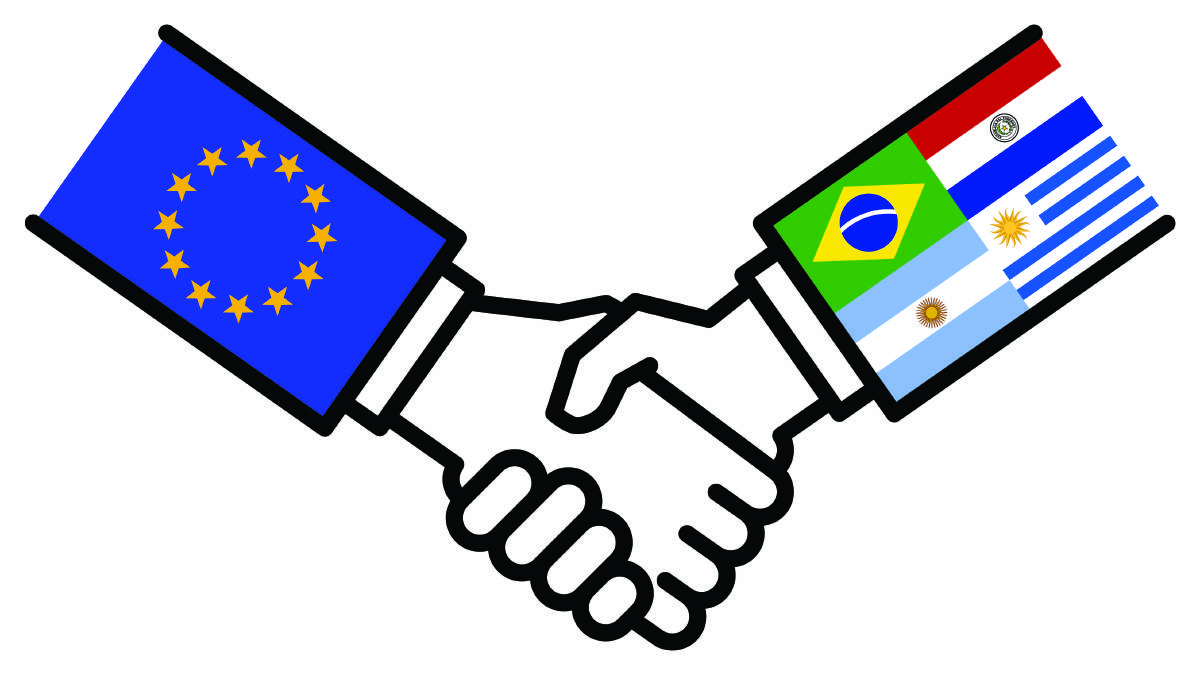 There is still a chance the EU-Mercosur trade agreement might not get across the line, writes Ken Wilcock.

THE EU-Mercosur trade agreement has been 21 years in the making and is close to being submitted to the Council and European Parliament for signature with only some finalisation of legal revision, fine-tuning of technical details and translation into all European Union languages remaining.

But despite the generally favourable final Sustainability Impact Assessment (SIA) published on March 29, there is still a chance it might not get across the line.

Green groups have long opposed the deal on the grounds that it is incompatible with the ideals of environmental protection and those arguments have found favour in a number of EU countries, particularly France.

Being an independent report carried out by the London School of Economics and taking into account contributions made by interested stakeholders, the SIA has achieved a high degree of transparency and gone a long way in addressing the trade agreement's potential impact on the environment, human rights and indigenous people as well as spelling out the positive impact on the economies of both trading blocs.

In environmental terms, the SIA assesses the agreement to be carbon efficient.

Overall a moderate increase in GHG emissions in Mercosur countries would be compensated by a decrease in emissions in the EU and the rest of the world leading to a negligible global effect of the trade agreement on total GHG emissions.

That leaves the other of the two most important environmental issues, deforestation.

The report found that appropriate policies, enforcement activities and market-based initiatives can prevent any major impact of the trade agreement on deforestation in Mercosur.

Similar policies and initiatives implemented in Brazil between 2004 and 2012 resulted in a decline in deforestation while agricultural production rose.

Sensing that this is the make or break issue with wavering member countries, the EU through its executive arm, the European Commission, responded to the SIA report with a very strong statement placing the onus squarely on Brazil to prevent further deforestation.

It said, "The Commission fully concurs with the need for Brazil to improve and have in place robust anti-deforestation policies and law enforcement and to strengthen the institutions responsible for law enforcement and monitoring, in particular the Brazilian Institute of Environment and Renewable Natural Resources (IBAMA).

"The Commission also recognises and shares the deep concerns expressed by numerous stakeholders, including EU Member States, Members of European Parliament, and civil society organisations about deforestation and sustainability issues in Mercosur countries."

In an obvious pitch to those member countries likely to resist signing the deal, EC executive vice-president Valdis Dombrovskis publicly stated in reference to concerns about deforestation in the Amazon and the need for parties to honour their binding commitment in the trade agreement to effectively implement the Paris Agreement, "We will need meaningful results, meaningful engagement from Mercosur countries before we can proceed with ratification".

Sensing that this is the make or break issue with wavering member countries, the EU through its executive arm, the European Commission, responded to the SIA report with a very strong statement placing the onus squarely on Brazil to prevent further deforestation.

But unfortunately for the prospects of ratification, the Brazilian government under President Jair Bolsonaro appears to be poles apart from European attitude in relation to the Amazon.

Mr Bolsonaro came to power in late 2018 on a platform of opening the Amazon to farming, mining and logging activity as a way of lifting the region out of poverty.

By 2019, however, logging and land clearing had escalated alarmingly and uncontrolled burning of the forest attracted world attention.

Then in an unprecedented move he deployed the military in what he called Operation Green Brazil to supposedly curb the worst excesses of illegal deforestation activity.

But if those actions were seen as cracks appearing in Mr Bolsonaro's pro-development stance toward the Amazon, it would now seem they were more political damage control than turnaround in attitude.

With little to show after 19 months of operation, the military will stand down at the end of April and efforts to protect the rainforest will revert to the civilian agency.

Tellingly, media reports claim government data shows deforestation in Brazil's portion of the Amazon surged to a 12-year high in 2020.

With a scorecard of that nature it is hard to see what else Brazil can offer to appease the EU short of a change in government.

With that in mind it will be interesting to see just what happens to the EU-Mercosur Agreement now.

What this says for Australia's current negotiations with the EU on a trade agreement is that conclusion is likely to be neither quick nor easy.

No urgency to get cattle to market

WITH April mostly behind us, processors would normally be looking to a step up in numbers in May as it is nearly always the biggest month in the first half and often right up there in a whole-year comparison.

But this year cattle will likely be hard enough to find for at least another month or two.

As one processor commented, cattle are doing well at the moment and there is no urgency to sell, particularly when the cost of replacing them is taken into consideration.

Normally a pinch in supply such as this would put pressure on rates but the amount of money currently being torn up is a strong disincentive to add any more loss to the bottom line.

Central Qld grids are generally 10c behind and north Qld a further 10c.

In the southern states, Naracoorte is steady at 655/600c with Wagga 10c behind those rates.

In the global market Steiner reports a continuation of upward pressure on US imported beef values with limited availability from Oceania and South America a driving factor.

Australian exports to the US in April are predicted at just 11,000 tonnes.