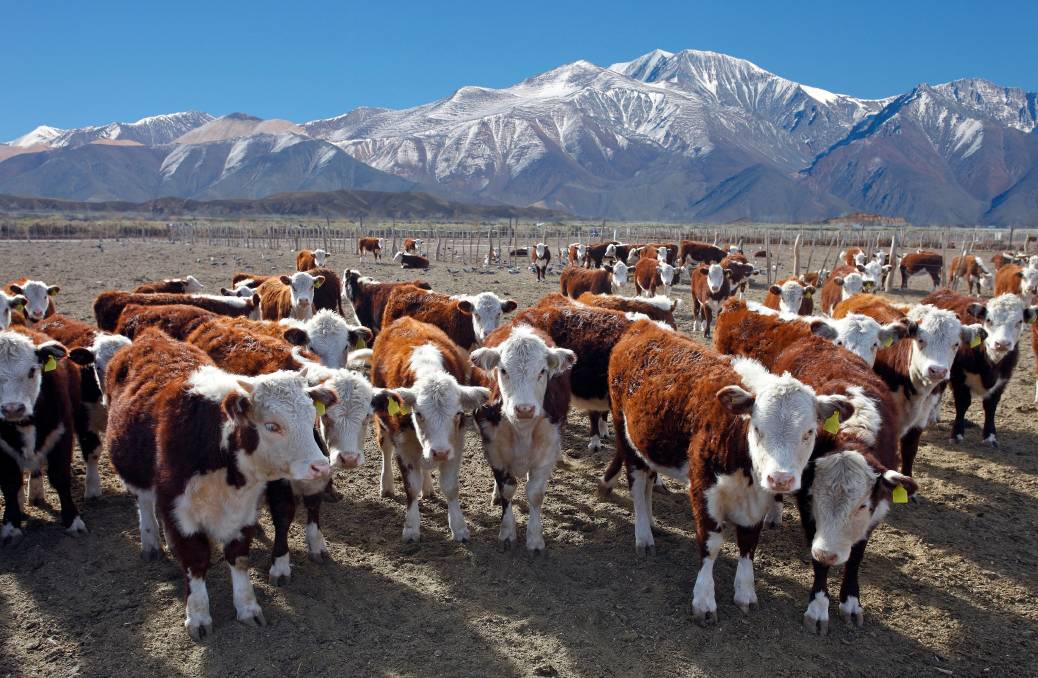 UNHAPPY: Not surprisingly the Argentinian farm sector has rejected outright the reinstatement of the export registry.

DOMESTIC food price inflation is not new to Argentina and it was as recent as 2015 that regulatory controls on exports were last used in an attempt to rein in runaway prices.

That was under the Peronist administration of President Cristina Fernandez and the 15 per cent export control tax and quantitative restrictions on beef resulted in exports falling from a high of a high of 440,000 tonnes swt to just over 100,000t during her term.

Since then there have been two changes in government.

Under the pro-business economic policies of Mauricio Macri elected to the presidency in late 2015, the beef export controls were promptly axed.

But unfortunately Macri's policies resulted in a plunging peso, an inflation rate that spiked to 56pc and a rising number of people living below the poverty line.

In consequence, Alberto Fernandez (not related to Cristina) outed Macri in Argentina's 2019 election.

He subsequently flagged the possibility of reintroducing some form of price control for the local market and that now appears to be taking form with re-establishment of a meat export registration system.

According to media reports, a resolution was published last Tuesday in Argentina's government gazette stating that a registration system for foreign sales was necessary to help avoid possible imbalances in the domestic meat market in terms of supply, price and quality.

Not surprisingly the farm sector has rejected outright the reinstatement of the export registry.

After Macri's election it took a while for the beef sector to recover as firstly the herd had to rebuild and there was also the issue of foot-and-mouth related restrictions in markets such as the EU, US and Japan to be overcome.

In 2016, those provinces in Argentina that still had access to the EU utilised 76pc of the country's 29,500t Hilton beef quota as well as shared access to the EU 48,200t global grainfed beef quota; all up amounting to 22pc of Argentina's total beef exports of just 154,000t swt.

In the same year beef exports to China, which had been a negligible market for Argentina prior to 2012, rose to 55,000t.

Fast forward to 2020 where Argentina's total beef exports according to MLA were over 600,000t swt of which 73pc reportedly went to China.

That came on the back of rapid approval by China of Argentine beef plants in 2019.

In the space of just two months, a total of 23 plants were approved taking the total by November that year to 50 plants approved to export beef to China.

Not content it seems with this enormous escalation in export trade, the government of Alberto Fernandez announced in November 2020 an upgrade to Argentina's processing and cold chain infrastructure which will allow a 33pc increase in exports over the next three years.

A government spokesperson said at the announcement that the investment plan, costed at $187 million and involving 11 companies, was being carried out to mainly supply the Chinese market.

Then in February this year, Argentine Foreign Minister Felipe Sola announced that Mexico had agreed to restart imports of Argentine beef ending a 20-year lockout after detection of foot-and-mouth disease in 2001.

This follows on from Japan relaxing its restrictions on beef from Argentina's Patagonia province in July 2018 and the US opening more widely to Argentina later the same year.

As well, Argentina is set to benefit from the EU-Mercosur agreement (should it be ratified) which entails a shared allocation of 99,000t of beef at a preferential tariff rate.

All of this spells a massive revival in Argentina's beef industry and a chasm between export and domestic sectors in ability to pay for the product.

Neighbouring Brazil has similar difficulties but the government there has so far tended to let market forces prevail.

According to media reports, shortened supply of cattle there has driven up production costs which cannot be passed through to domestic consumers with the result that processors are reducing production at selected locations to better match supply with demand.

However while that might work in the Brazilian context, history would suggest the price of beef in Argentina is likely to evoke strong social sentiment.

If the Fernandez government does reintroduce export controls which severely affect supply of Argentine product, it will be very interesting to see what that does to global markets.

TO the extent that cow slaughter in Australia has fallen dramatically since widespread rain tipped the cycle into herd rebuild mode, this country has had an impact on global supply of lean beef and to that extent some effect on prevailing prices.

But as Steiner pointed out last week, the demand side is another matter and in a market as big as the US, the relative supply and price factors for competing proteins can at times take over the driver's seat.

Steiner's point was the impact of chicken in the foodservice sector since the northern hemisphere summer last year.

Relative to ground beef, chicken was exceptionally cheap so McDonald's, KFC, Burger King, Taco Bell etc all started a wave of chicken sandwich (burger) promotions that have since rolled into the current spring.

But chicken breast supply has tightened and in consequence narrowed the spread in price with wholesale ground beef at a time when retail demand for ground beef is about to improve.

Consequently as the 'grilling' season progresses toward the Memorial Day high point in June, Steiner believes the relative price of chicken will support lean beef values well into the summer.

That little bit of good news for Australian exporters was reflected in the price of indicator Aust/NZ 90 CL blended cow which climbed a further 2c/lb last week to US260c/lb (FOB US East Coast) on top of a 13c/lb rise over the three weeks prior.