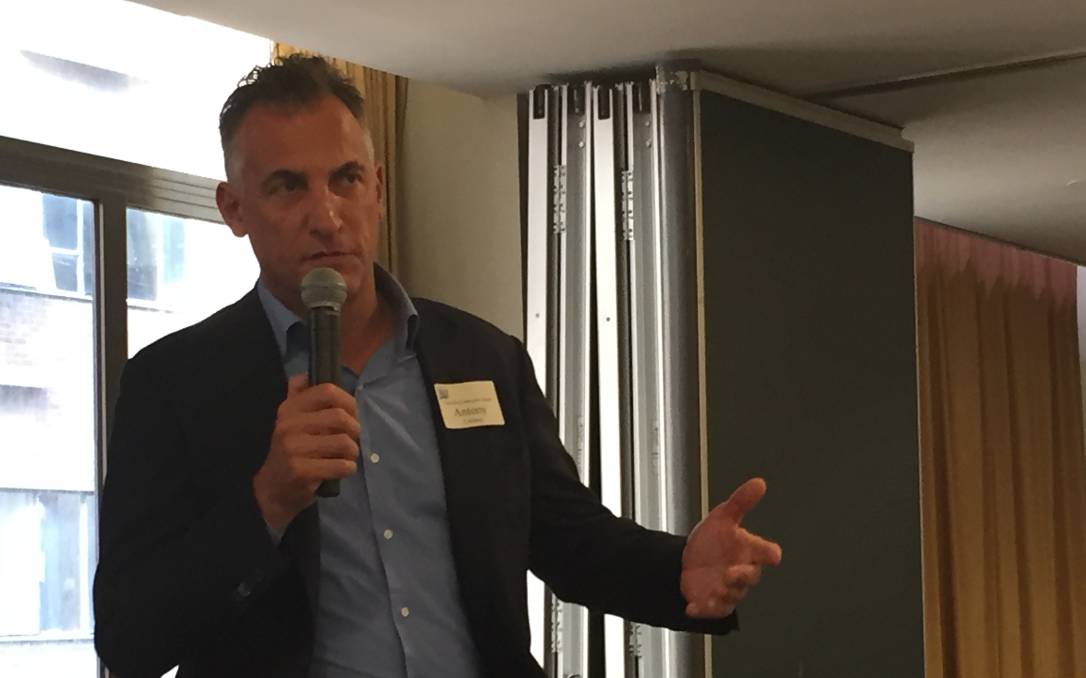 A digital future is taking the former Rural Press Holdings into the modern age as Australian Community Media, says part-owner Antony Catalano. He was speaking at the NSW Farm Writers' monthly lunch at the Grace Hotel in Sydney.

Turning around a 'neglected asset' into thriving media company

Antony Catalano readily admits it was a close thing that his newly acquired company Australian Community Media kept its head above water as the pandemic hit early last year.

The company at one stage had just $100,000 to cover wages in its wages account, with 1800 employees to support across the regional, agricultural and events business.

But he told the NSW Farm Writers' luncheon in Sydney that he rarely gets anxious - and that business conditions eventually picked up, due partly to the Federal Government's Jobkeeper support and a surge in digital subscriptions and advertising revenue among ACM's "loyal" regional audience.

The agricultural division in ACM had also recorded strong print and digital revenue growth despite the pandemic.

It would have been devastating to Mr Catalano, a journalist at heart, to see his new venture in trouble, but neither he nor his ACM part-owner, Melbourne businessman Alex Waislitz, who bought ACM from the split up Fairfax Media group, then owned by Nine, were going to let that happen.

Both he and Mr Waislitz saw a huge chance to turn around what he saw as "neglected" asset under Fairfax, amounting to more than 170 titles throughout regional Australia, into a thriving growing business, not a newspaper business, but an integrated media business. Indeed he said the perseverance is paying off and with a large growing digital audience, the company has not only saved its titles but added another two - the Northern Beaches Review and Northern Rivers Review.

By hibernating the print versions of a number of regional titles during a short time during the pandemic, the company was able to weather the financial storm - as opposed to other media companies choosing to close titles.

All of ACM's profits were being reinvested in a long-term plan to use its interest in Prime Television to turn ACM into a totally integrated regional media business. (ACM now holds a controlling 19.9 per cent stake in Prime).

Mr Catalano said when he bought ACM it did not have a paid digital audience. Now ACM enjoys 84,000 digital subscriptions and he plans on taking that to 150,000 in the next 12 months.

"We will continue to invest," he said. He says there was little future for many titles in the old newspaper print model.

It was exactly two years to the day on Friday (April 30), that the deal had been sealed by Catalano and Waislitz's listed Thorney Opportunities to buy ACM from Nine. He said he saw a strong future in private ownership rather than public ownership of media businesses.

"I was buying a business in a lot of trouble mainly because it had been neglected," he said. "If you want to destroy a regional business give it to a metro business."

Emboldened to keep regional voices alive and regional communities informed, he said ACM's priority was to maintain titles, but give them a growing digital future.

The company acted once the pandemic hit, looking at what assets it could sell from its 90 offices, deciding it could get rid of 33 month by month leases.

"We had 1800 families to support and we were mindful of that the whole time," he told NSW Farm Writers.

ACM now had a 4.4 million print audience and 7.7 million digital audience. Its ag print division gets to one in five rural stakeholders in Australia.

"Accessing this $100 billion ag sector is critically important to what we do," he said

He lamented that federal communications laws were restricting the growth of regional media businesses, and may force its hand to sell some assets to meet the "five voices limit rule".

Given Google and Facebook's reach into regional Australia, it was ridiculous that they were not also counted as a "voice" by the legislation, he said.