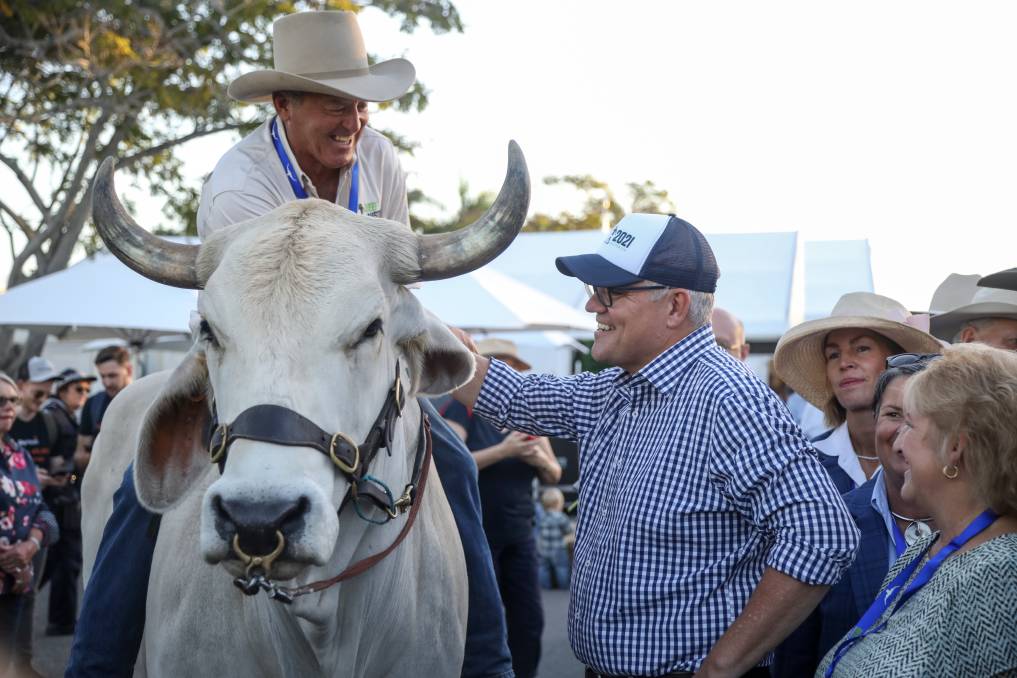 Mr Morrison spent time with the Beef Australia board and some colourful attractions in the form of Ollie, a six-year-old Braham bullock and his owner, Longreach's John Hawkes.

It was a tough day for the PM dealing with domestic politics, particularly the ongoing criticism over Australia's three-week ban on flights from coronavirus-ravaged India. 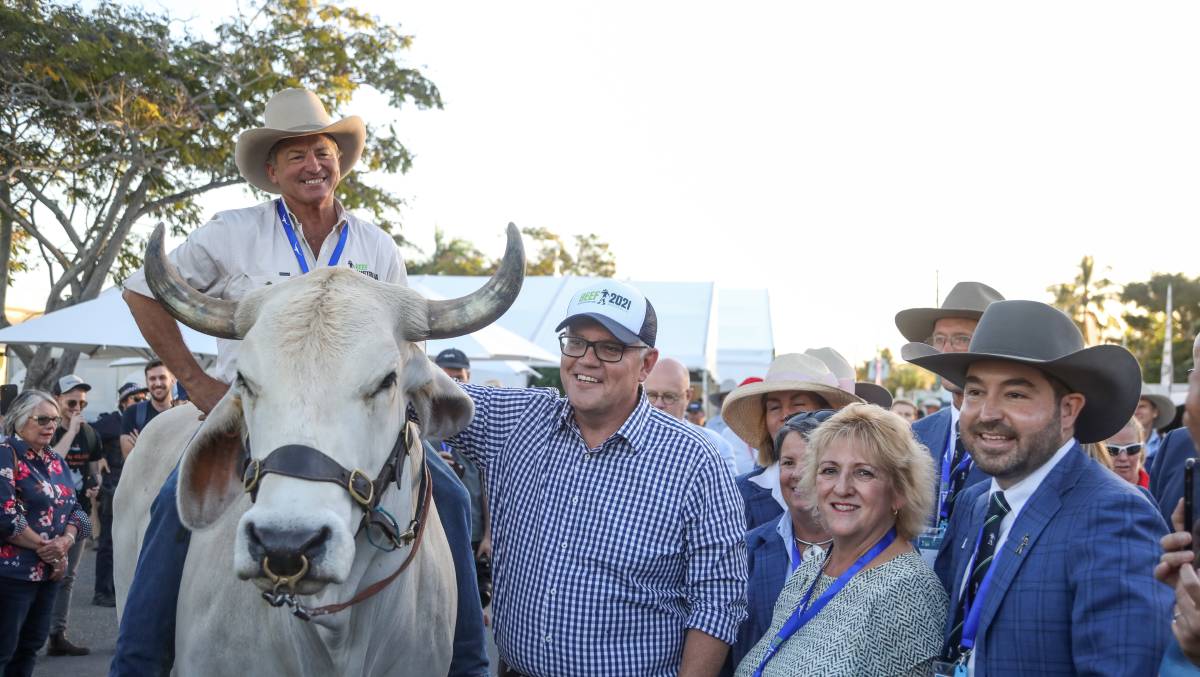 Federal government representation for Beef Australia was left to local federal MP Michelle Landry until the unexpected arrival of the PM later in the day.

Ms Landry spoke at the CQ University symposium in the morning and said the government had clearly identified agriculture as helping to lead the nation's rebound from the economic devastation caused by COVID-19 and the bushfires.

"On-animal sensors or smart tags is an emerging technology and we're only just learning the full extent of how it can benefit the red meat industry," Mr Littleproud said.

"This research looks at how smart tags technology can be used in traceability, linking pre-farm gate management with the results obtained at processing."

Ms Landry said the government was investing heavily in agriculture and rural Australia.