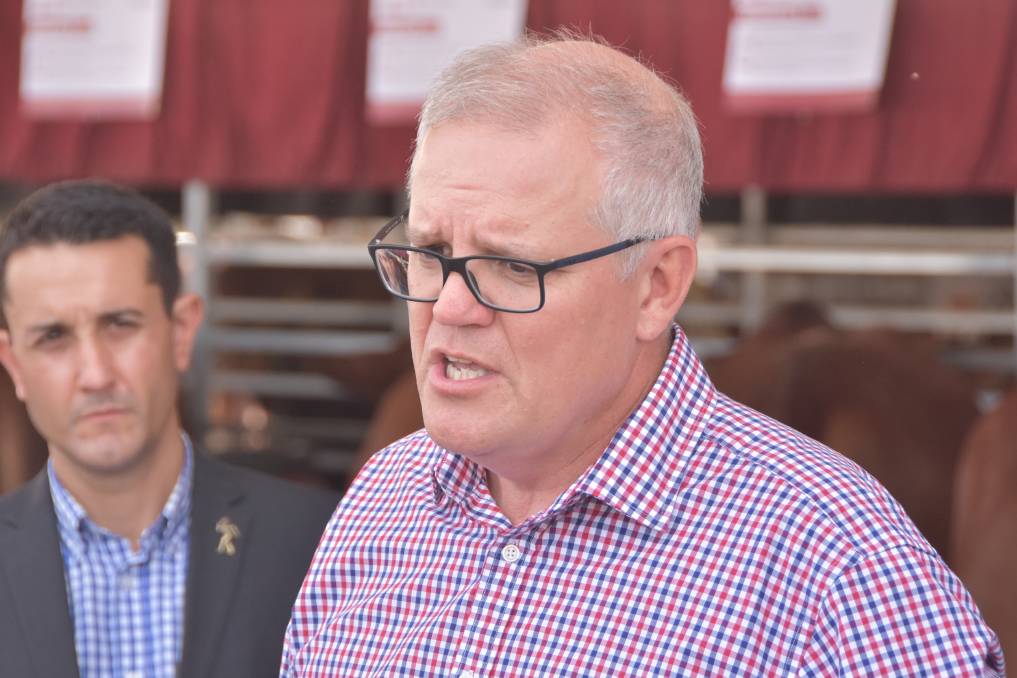 It's a good start, but with a growing number of risks, the biosecurity system needs a long-term funding solution,

THE nation's biosecurity system will get a $371-million boost to protect crop and livestock from a growing number of threats, but agricultural leaders are still calling for long-term sustainable funding.

The funding, spread out over four years, includes $58.6m dedicated to preventing African swine fever from reaching Australian shores, and $67m for a new response and surveillance program that will include a stress test of nation's biosecurity system through a simulated outbreak of foot-and-mouth disease.

Prime Minister Scott Morrison made the pre-budget announcement at Beef Week in Rockhampton, declaring the investment would strengthen "Australia's ring of steel on our border security" for the agriculture industry.

"How we deal with any outbreak within the country is incredibly important - we have seen how important that is in COVID," Mr Morrison said.

"It is the same when it comes to African swine flu, lumpy skin disease or any of these types of things which can be absolutely devastating to our agricultural sector."

The National Farmers' Federation has been vocal in its calls for a biosecurity boost of at least $100 million a year since the government backed away from a biosecurity import levy.

NFF chief executive Tony Mahar said the $371 million over four years was very close to what the agriculture industry had called for and a "really good outcome". But this was just the start of the process, he said, with ongoing funding the long-term goal.

Last year, the government suddenly abandoned a biosecurity import levy that would have generated $325 million in its first three years, due to importer push back in the face of COVID.

Mr Mahar said there would be "no argument from any farmer in the country" about re-investigating the biosecurity levy.

"We need long-term and sustainable funding that can build and maintain a robust biosecurity system," Mr Mahar said.

"This is a great opportunity, we have four years' worth of funding, lets work out what a national biosecurity strategy looks like and how we fund it."

Invasive Species Council chief executive Andrew Cox welcomed the funding, but said the one-off lump sum opened the question of how to provide stable funds for a strained biosecurity system at both federal and state levels over the coming decades.

"As the biosecurity risks from human, environmental and agricultural pests and diseases inevitably rises through increased global trade and travel, the base-level funding to protect Australia needs to rise," Mr Cox said.

The funding package includes $96.8m for a new system that identifies at risk cargo containers before they are unloaded, $34.6 million to better understand how pests and diseases could enter the country, particularly in northern Australia and $3.9m for a community biosecurity awareness campaign.

The Department of Agriculture, Water and Environment revealed recently there had been more than 30,000 biosecurity risks intercepted at the border in less than 12 months.

Earlier in the year the Inspector-General of Biosecurity gave a scathing report on Australia's level of investment in biosecurity.

The report said the "lack of a practical and sustainable funding model is having a tangible impact on the department's current and future readiness".

At the end of last year, the CSIRO published a report that found Australia's biosecurity system would struggle to meet future challenges, even with a tripling of investment over the next 10 years.

Agriculture Minister David Littleproud said the package was comprehensive and addressed recommendations made in the Inspector-General report.

"It complements the reforms we are implementing across our biosecurity system, to make it modern, efficient and keep Australians safe," he said.