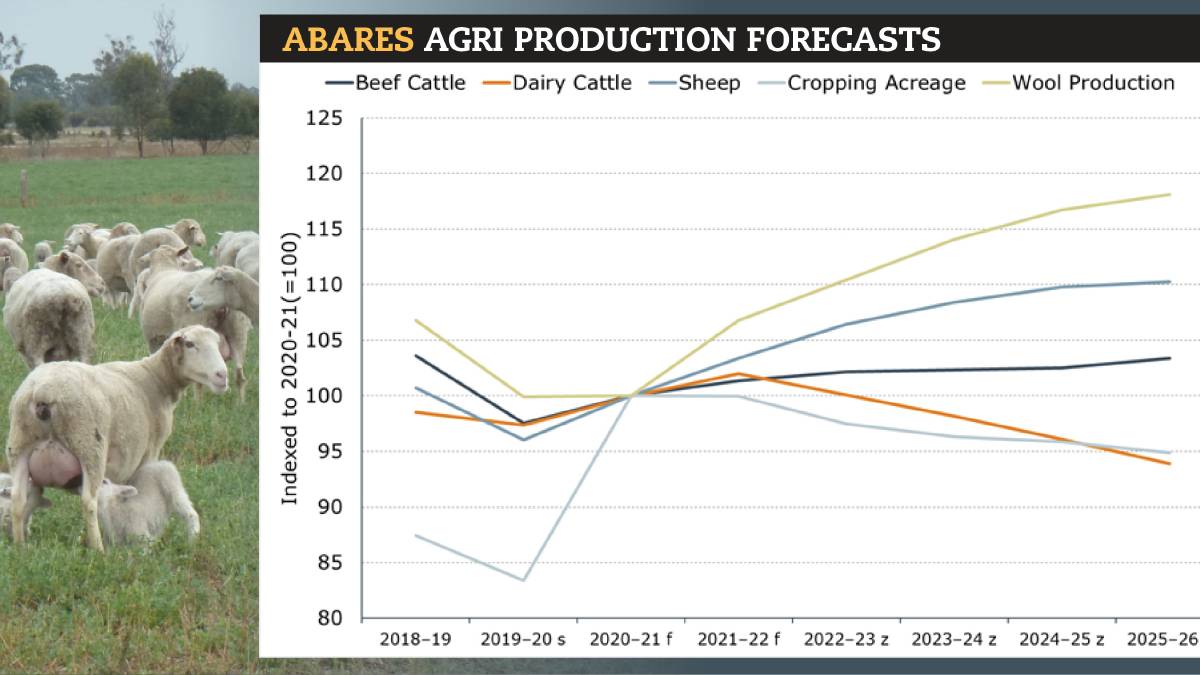 Is this the strongest era the sheep industry has ever seen?

Australian sheep producers are heading into the winter months in a strong position on a number of fronts.

Prices are high, the export market is buoyant. So when will it all end?

Not for a while according to industry analysts who say this is one of the strongest, if not the strongest era ever seen in the sheep industry.

The latest ABARES sheepmeat forecast shows the growth prospects for the Australian sheep flock over the next five years are stronger than any other of Australia's main agricultural sectors.

ANZ's director of industry insights and agribusiness Michael Whitehead said the sheep industry is not only in full rebuild mode, farmers are also looking for sheep as a diversification

"Sheep numbers couldn't have got any lower," Mr Whitehead said.

"But the season came back, the grass is back and the sheep meat demand in a way is only just starting. Not only on the export front, but the domestic front.

"People are now rethinking long-term prospects, and instead of 100 per cent cattle, they will look at running sheep alongside their cattle herd.

"Coupled with that, there will always be that demand for wool in the Northern Hemisphere winters."

According to Meat and Livestock Australia market information manager Stephen Bignell supply will be the driving force behind halting current conditions.

He said the challenge will be in identifying when an uptick in supply will subdue overall market confidence.

"Aside from excellent seasonal conditions, market confidence has been delivered via the export market and sustained demand for Australian sheepmeat," Mr Bignell said.

"Overseas markets continue to offer optimism that future demand will hold up for high quality product.

"This has been a prominent factor in why breeding ewes and ewe lambs have been highly valued over the past 12 months."

Mecardo managing director Robert Hermann said apart from NZ there are no other real competitors in sheepmeat and lamb exports around the world.

"We are a little bit more insulated and given its also a much smaller commodity on the world stage than beef, it can find niche markets where it can out-perform in terms of price, and I think that is what we are seeing now," Mr Hermann said

"The good thing about sheepmeat is we do have a big spread - the industry is so diverse."

But he warned the problem the industry may face is not being able to supply the increasing demand.

"MLA identified that the tipping point in those countries is when a family or household earns US$35 thousand a year," Mr Hermann said.

"That tipping point is when they start to buy luxury items, but also start to include meat in their diet."

In the next four years it is estimated in the US households earning over US$35 thousand will grow by about five per cent.

In China the household over US$35 thousand will grow by 106pc. If that scenario comes to fruition, the increased demand for sheepmeat will be insatiable.

"Whether the market goes up to another level or not, I don't think that's the question," Mr Hermann said.

"I think the underlying outcome is that we will have stronger demand from export markets from our sheepmeat products than we have ever seen in the history of Australia."