Ollie and the collie are showing crowds at Beef Australia just how important the connection between beef producers and their animals is.

He's fond of a beer, enjoys a good scratch and loves meeting new people but Ollie the bullock from Longreach is doing much more than just entertaining crowds at Beef Australia.

Ollie's owner John Hawkes says the six-year-old Brahman bullock and his best mate Henry the border collie is showing the wider public just how strong the connection is between beef producers and their animals.

"I love beef and I understand that we breed cattle to eat them but I'm happy to show people that we can treat them with respect and integrity on their journey," he said.

"Without any exaggeration more than 1000 people would have patted Ollie and Henry this morning and got a selfie with him. It means they can get up close and personal with a big bullock and it will be a highlight for many of them."

Mr Hawkes never envisaged he'd be entertaining and informing crowds with a grown bullock but says he's loving the opportunity.

"Ollie lost his mother at two days of age and a lady at the Longreach stables was poddying him," he explained.

"I was looking after a mate's horses and saw him every morning and evening and we just kind of hit it off. I took him off her hands at about three months old."

It wasn't long before young Ollie began to bond with Mr Hawkes' border collie pup, Henry, who was around the same age.

"It wasn't something we did on purpose," he said.

"The pup just started leading Ollie around by the rope so I started taking him down the street and they'd sit outside the pub while I had a beer. 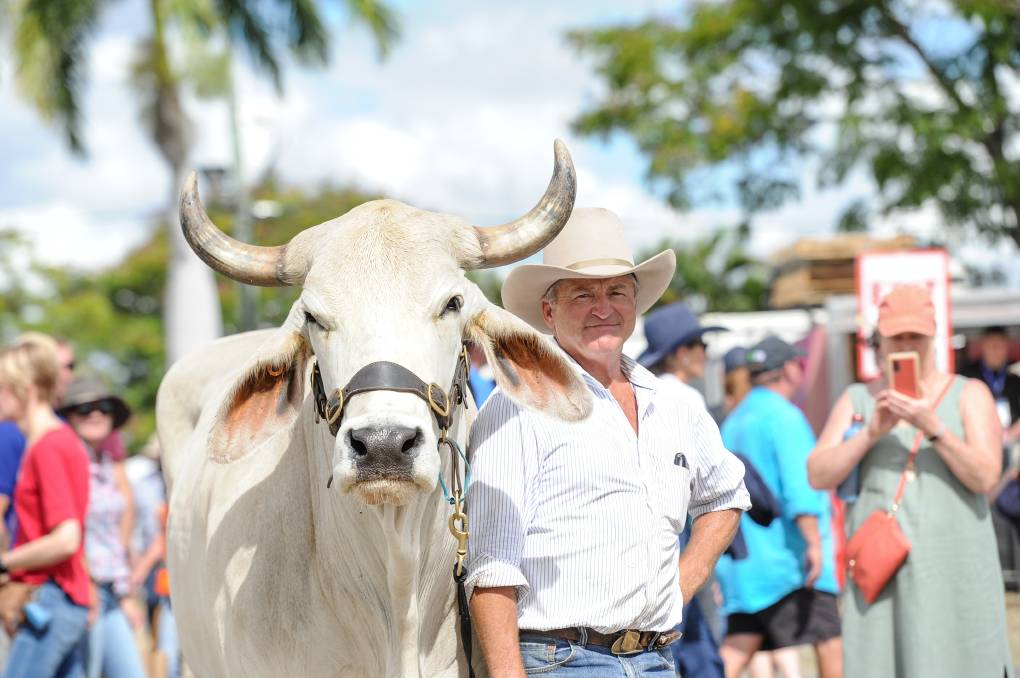 When Ollie and Henry launched their own Instagram page, it caught the attention of Beef Australia CEO Ian Mills who was quick to recruit the duo for the industry's big week.

"He adores it - if he got loose at Beef he'd go to where the most people and the most noise was. If you stop paying him attention he'll go looking for someone to give him attention," he said.

A bit of a jack of all trades, Mr Hawkes does some work in the entertainment industry but he said he loves finding work that keeps him with animals.