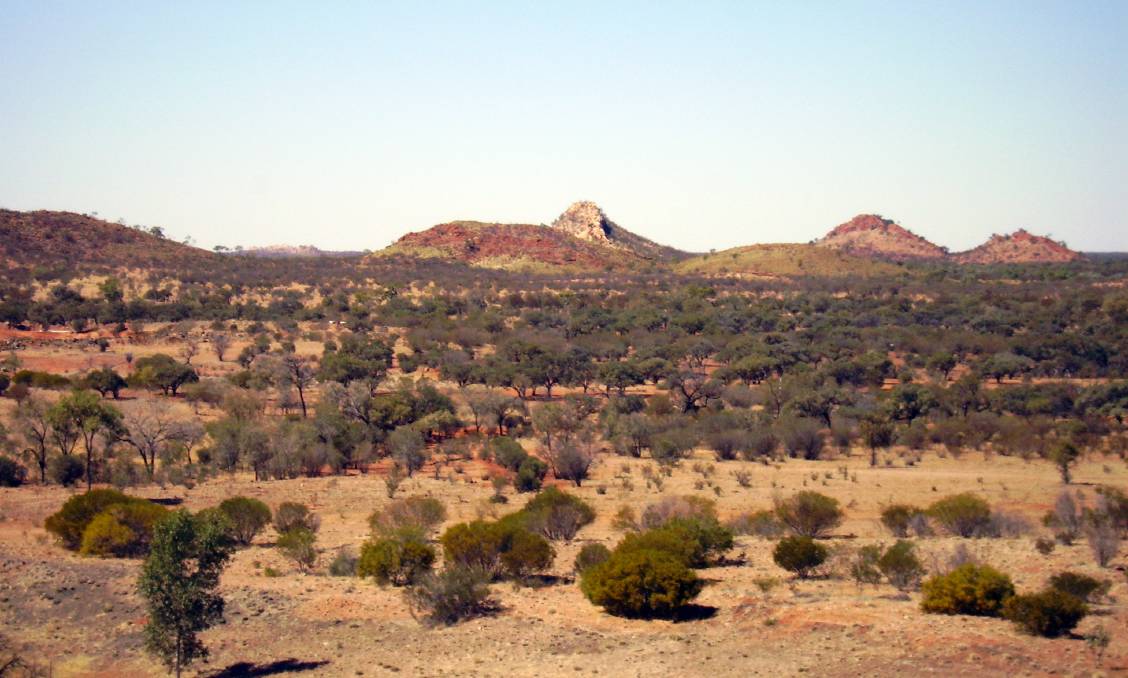 Rights were granted this week over the pastoral leases of the Jinka and Jervois cattle stations, 340m northeast of Alice Springs and adjacent the Queensland border.

Justice Charlesworth handed down a non-exclusive native title consent determination over an area of almost 5000 square kilometres during a Federal Court sitting in the Bonya community this week.

The determination area covers the two leases, a disused stock route which cuts them in half and a stock reserve, and was home to copper and silver mining from the 1920s onwards.

The stock route crosses many cultural and historical places of significance to Aboriginal people, including sacred hills which form part of the Two Eaglehawks Dreaming.

The native title holders belong to nine land holding groups and their families have worked on the stations and mines.

Native title holder Henry Oliver said he will be able to go hunting on the land like he used to with his mother.

"She was born on that country, and my stepfather was a stockman for the station," Mr Oliver said.

The native title claim, which the Central Land Council lodged in 2018 in response to renewed mining interest on the stations, was the first claim concerning the grant of a stock route to a pastoralist the NT government contested in court. Native title was granted during a Federal Court sitting in the Bonya community this week.

The government argued only extinguishing or regulating native title should trigger the protections of the Native Title Act, and that therefore it did not need native title holder consent before it granted the Jervois pastoral lease over the stock route in February 2017.

Its legal argument applied equally to the grant of mineral titles as it did to stock routes.

However, on the eve of the Federal Court hearing, the government withdrew its argument and the court ruled in March 2020 the pastoral lease over the stock route is invalid.

This means the pastoralist cannot interfere with any legal activities the native title holders undertake on the 60km stock route.

"The court ruled in the native title holders' favour, but if the government had succeeded with its argument there would have been no more right to negotiate about mining on pastoral leases," CLC chief executive Lesley Turner said.

"It goes to show that it is in the best interests of all parties for development on pastoral leases to only occur with the support and consent of native title holders.

"An Indigenous Land Use Agreement is the gold standard for any development on pastoral leases and the government should have required the pastoralist to negotiate an Indigenous land use agreement with the native title holders," he said.

The government approved the proposed $200 million mine in January.

Francine McCarthy, the CLC's manager of native title, said the determination recognises the rights of the native title holders from the Ankerente, Arntinarre, Arraperre, Artwele, Atnwarle, Ilparle, Immarkwe, Ltye and Thipatherre estate groups to hunt, gather and teach and to conduct cultural activities and ceremonies in the area.

"It gives them the right to negotiate exploration and mining agreements, but unlike on Aboriginal land, they have no veto right," she said.

The native title holders will exercise their rights through their prescribed body corporate, the Ingkekure Aboriginal Corporation, which takes its name from the Eastern Arrernte word for eagle claw.