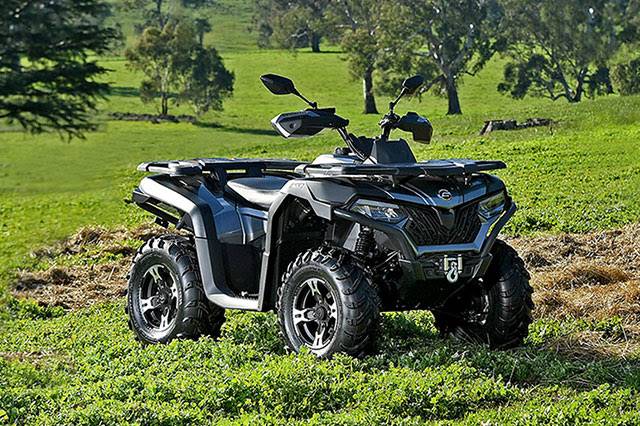 NEW ARRIVAL: CFMoto is launching the new CForce 625 EPS quad bike on the Australian market which will sell for $10,490 including an operator protection device (OPD).

Chinese motorcycle giant CFMoto has launched a new quad bike in Australia as some of its competitors gear up to quit the market.

Chinese quad bike manufacturer CFMoto has added a new model to its range in Australia as it ramps up efforts to significantly lift sales.

The choice of quads on the Australian market is set to become much thinner from early next October with the withdrawal of a number of major Japanese and US manufacturers.

The likes of Honda and Yamaha have announced they won't be meeting a mandatory requirement to fit rollover protection on new and imported second-hand quad bikes beyond October 11.

In contrast CFMoto is equipping its machines with the approved Australian-made Quadbar and says it is looking forward to filling some of the market gap left by the departure of its competitors.

Recently added to CFMoto ranks is the new CForce 625 EPS which will sell for $10,490 including the operator protection device (OPD).

The quad is powered by a four-stroke, single-cylinder 580cc engine which produces maximum power of 30 kilowatts (40 horsepower).

Other features include double A-arm independent suspension, four-wheel hydraulic disc brakes, a wheelbase of 1280mm and towing capacity of 350kg

As part of a CFMoto tax time promotion, the new quad comes standard with a three-year factory warranty (normal warranty is two years) and a 3000-watt CFMoto generator valued at $1299.