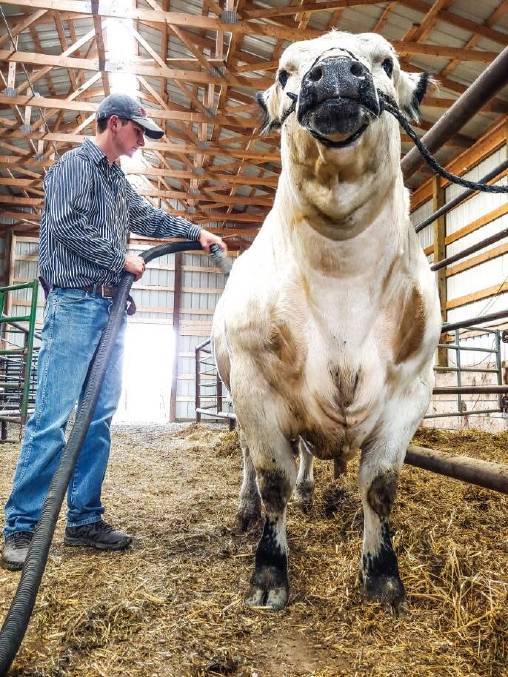 Young cattle farmers are being urged to nominate for the 2021 Matthew George Young Stockman Award for their chance to upskill and learn about breed development.

The award is named after Stockyard Hill man Matthew George who died in 2007 after he was involved in a vehicle collision at the age of 21.

The award, overseen by The Ballarat Foundation, aims to give cattle breeders aged 18-25 a chance to undertake a study tour of beef breeding programs, developments and practices in Australia.

Mr George was an up-and-comer in the beef industry and purchased his property near Stockyard Hill at the age of 18, about seven kilometres from his parents' farm.

"From the time Matthew could walk he was his father's shadow, Matthew embraced farm life from that point on," his family said.

"He was a natural at handling stock whether it be sheep or cattle but as he grew older ... Angus cattle in particular became his passion."

His dream was to travel to Canada on a working holiday.

Ballarat Foundation chief executive Andrew Eales said the award was an appropriate way to acknowledge Matthew's legacy and the work of young farmers.

"This is a great opportunity to explore and understand how the Australian cattle industry is becoming a world leader in breeding programs," Mr Eales said.

Following Matthew's death, the Angus breeders across Australia rallied together, along with local business from Beaufort and Ballarat, to form the award in his memory.

The national award is offered nationally with the winner announced at the Royal Melbourne Show.

Traditionally award recipients have used funds to travel to North America, however, due to travel restrictions, the successful applicant will now be able to fulfil the study tour in Australia.

Award criteria and information on how to enter are available at ballaratfoundation.org.