Fonterra has upped the ante, announcing a $6.55 a kilogram milk solids 2020/21 opening price three weeks ahead of the June 1 deadline.

Fonterra has upped the ante, announcing a $6.55 a kilogram milk solids 2020/21 opening price three weeks ahead of the June 1 deadline.

The price is 15 cents/kg MS higher than last year's opening price and just 5c/kg MS shy of the company's highest ever opening price.

The Fonterra announcement is the second by a major processor, as they battle to hold onto milk supply.

Under the Mandatory Dairy Code of Conduct, all dairy processors are required to announce their new season price by June 1.

Fonterra Australia managing director René Dedoncker said good market conditions and a strong and well-performing business had given Fonterra the confidence to provide farmers with an early opening price.

The early price announcement and changed pricing structure were both in response to farmer requests.

"Coming out with a price early provides our farmers with a clear line of sight to help them make better decisions and plan for the year ahead," he said.

Farmers had asked for the opening milk price to be announced earlier.

"One of the clear messages was if you wait until the first of June that is OK, that's what the code says, but it is a mad scramble that week, if there is any way to do it earlier, it just gives us line of sight," he said.

Mr Dedoncker said being able to announce this far out from the start of the season "talks to composure in the business".

"We've got confidence in our ability to earn that price so it makes sense to share the news early," he said.

"The business is performing well and that means things are calm, we are able to spend time with our farmers and be more on the front foot, listening and making changes that benefit them."

Fonterra expects although commodity prices may moderate a little this year, they will remain elevated with the global supply chain under pressure.

"The other factor here is that exchange rate piece," Mr Dedoncker said.

"Remember for every kilo of Western Star butter we make, we've got just over two kilos of skim that we do need to trade in that commodity space internationally.

The Australian dollar had been trading consistently of late at US76-78 cents, and although there was always some risk in that, the Fonterra Australia business was sufficiently agile to handle that.

Mr Dedoncker said the key signal from the early price announcement was confidence for both Fonterra and its farmer suppliers.

He said the company was not chasing additional milk supply.

"We are just planning on stable milk," he said.

"Maintaining what we've got in Tasmania is going to be important and certainly the distribution of milk in Victoria is working for us," he said.

"I think all processors would like a little bit more milk in the north if we could, but that will take investment.

"I think we just need to be smart about not overcompeting for milk.

"What we've unlocked is a system, where if we need to move milk between our factories, we've cracked the code in a way of doing that that still provides a return to our business."

Fonterra will now offer suppliers a choice of two rate structures - a 7/5 or an 8/4 structure.

It was introduced in response to farmers' calls for more flexibility.

"For farmers in different farming systems, some of our payment and rate cards haven't aligned to when they produce the most milk or the least milk," he said.

"So what this does, is it makes it more real time, so farmers are getting paid for what they deliver in a more efficient way - they are being paid faster for the business system they run."

Mr Dedoncker said Fonterra would continue to offer fresh milk contracts to help it manage the need for flat supply in some of its plants.

"So we've got a portfolio of options now available to farmers," he said. 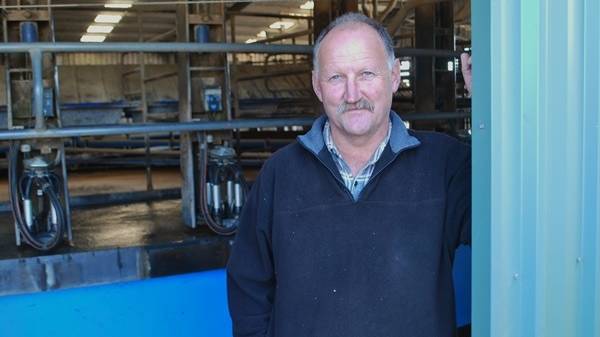 Dairy farmers had identified an issue with last year's price announcements and the introduction of the mandatory code.

The earlier announcement gave farmers time to better plan their season ahead and look at their input costs.

He said the $6.55/kg MS was reasonable and hopefully there would be some upside after Fonterra settled some domestic and export contracts later this month.

Mr Dalton also welcomed the new pricing structure - something farmers had been seeking for the past few years.

The new structure would allow farmers to produce milk when it best suited their farm system and choose a payment system that would give them better returns.

The minimum price is set out in Fonterra's base and seasonal rates tables and Milk Supply Agreements, which are available to farmers on website www.farmsource.com.au/pricing.