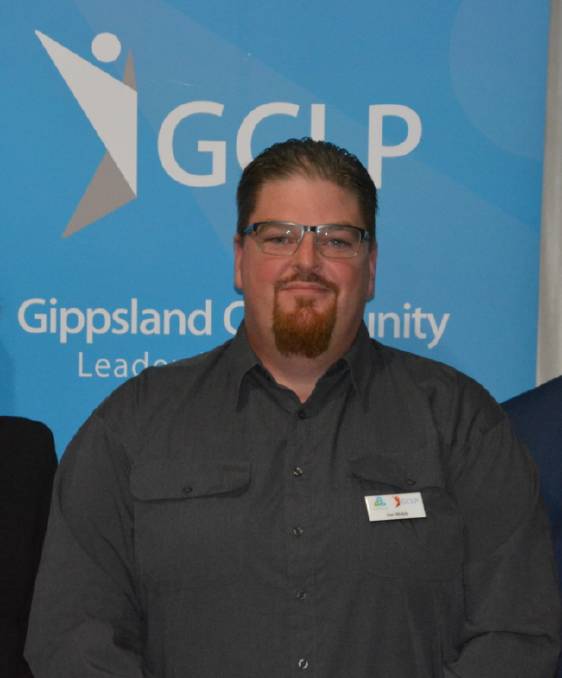 POSITIVE: Jon Webb, who works for Burra Foods in Korumburra, says a Gardiner Dairy Foundation-funded place in the Gippsland Community Leadership Program has changed his outlook.

From hearing a child's reflection on hope that emerged from the East Gippsland fires to observing his employer's determination to keep employees safe from COVID, Jon Webb has taken a different perspective on life.

Jon, who works for Burra Foods in Korumburra, says a Gardiner Dairy Foundation-funded place in the Gippsland Community Leadership Program has changed his outlook.

The program wound up earlier this year but Jon's leadership group is continuing to engage with the community and will distribute $14,000 it raised to a worthy cause in East Gippsland.

He's also taken his leadership program experience into the workplace, finding new ways to connect with staff impacted by the pandemic.

For Jon, the program was revolutionary. "It was a life-changing exercise for me," he said. "I walked away with good friendships, confidence in myself and inspiration to get out and do things.

"It's one of those programs that if you bring honesty, you can get whatever you want out of it."

During the program, Jon was involved in an art competition for East Gippsland children and young adults that was designed to give them hope after the fires.

"It was all about rebuilding and trying to get young people to look forward by talking about the things they enjoy," he said.

"We were mostly based in South and Central Gippsland but running the competition in East Gippsland. When COVID started it was quite a challenge, but we wanted to engage with young people in the community and help them through the healing process.

"Our objective wasn't to raise money; it was to engage the youth, but people loved the stories and messages of hope and bought the calendars.

"We were amazed at how resilient children have been through this period. One entrant wrote how she was sad when the blue wrens disappeared after the fires but they came back and she was happy again.

"We can all take a leaf out of their book."

The course participants are now reaching out to previous alumni to determine how best to distribute the funds to support the community.

Jon also took his new-found expertise and confidence into the workplace.

A production manager supervising a team of more than 50 people, Jon said Burra Foods was determined to protect staff and its perishable resource during the pandemic.

"I've been managing people for a long time, but the leadership course helped me to understand that everyone processes information in a different way and COVID has affected people in different ways," he said.

"Stress has different effects on people and the course gave me strategies in how to hold a conversation and to support people in the way they need supporting.

"Conversations went from general work stuff to how are you going, are you coping ok? It was a real community effort to stop any transmission; everyone understood why we were introducing strict protocols and did their part."

Jon said the Gardiner Dairy Foundation's funding and Burra Foods' support had made it possible for him to participate in the leadership program.

"I'd worked with Gardiner previously on the Monash Industry Team Initiative (MITI) as we have employed several participants. Gardiner Foundation is really passionate about dairy and I'm absolutely grateful to them for making this possible."

Jon, now based at Tarwin, has lived in the region for 20 years and looks forward to making more contributions to the community, particularly supporting his son's sporting activities.

"I grew up in rural New South Wales but later moved to Melbourne's western suburbs, which was a bit of a culture shock. My wife was a country girl and this life fits us perfectly. It's a magnificent place to live."

The story Leadership course gives Jon a new outlook on life first appeared on The Land.