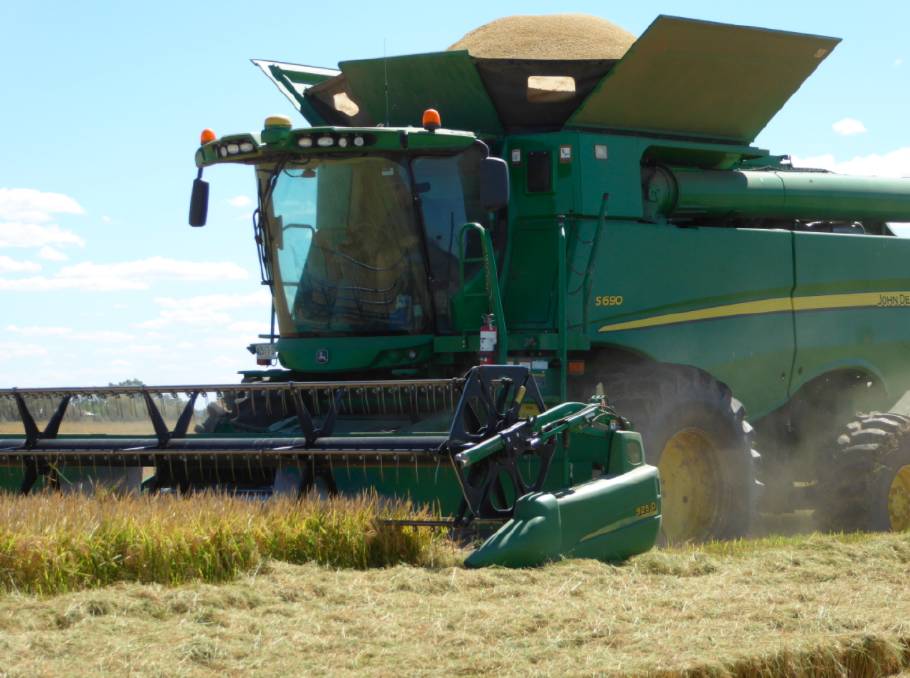 Industry members have presented to a Senate hearing in Deniliquin

More than 200 jobs were lost in the Southern Riverina rice industry amid record-low harvests.

Ricegrowers' Association of Australia president Robert Massina gave evidence on the availability of water to a Senate committee, with rice production dropping from 623,000 tonnes to less than 10 per cent of that in 2019 and 2020.

While harvest was reinstated with rain, the impact was clear.

"At the end of the day, over the last two years with the lack of availability of water ... the water market gets pushed up to $500, $600 a mega-litre - It becomes unviable to grow rice," he said.

RGA policy manager Rachel Kelly said with two dams in the Murrumbidgee now at 80 per cent following above-average rain, there should be a process for irrigators to take above 100 per cent allocations.

"We would like to see irrigators be able to access some of those excess water flows," she said.

Mrs Kelly said such regulation would come into effect where there is a under-use against the sustainable diversion limits and if irrigators could ensure storage is carried over.

"If we exceed the SDLs, they would effectively turn off," she said.

Impacts on the dairy industry were also canvassed.

"It was taken up as a mode of survival because people had bank managers on their doorstep," he said.

"Yes, there are some people who chose to capitalise financially ... but there is a great portion of us who were not willing sellers.

"We did it to survive and we were told there would be no impact to us and our ... ability to access the temporary market.

"The exact opposite happened ... fair market access and reliability went out the window."

Mr Marshall said the number of diary farms in his region had reduced from 90 to about 20.

"You would expect to see the diary industry recover (after rain) ... they haven't," he said.

"What that tells me is that even though the climactic conditions and feed conditions coming out of the drought is more favourable, there is no confidence ... they have left the industry."

Speak up 4 Water's Shelley Scoullar said two years ago, Prime Minister Scott Morrison had committed to action but acknowledged to them immediate change would be difficult pre-election.

Mr Marshall said the sentiment was "votes in South Australia were important".

Ms Scoullar said "we need to take the politics out of water management".

The story Devastating impacts to rice and dairy industries detailed in Deni first appeared on The Border Mail.