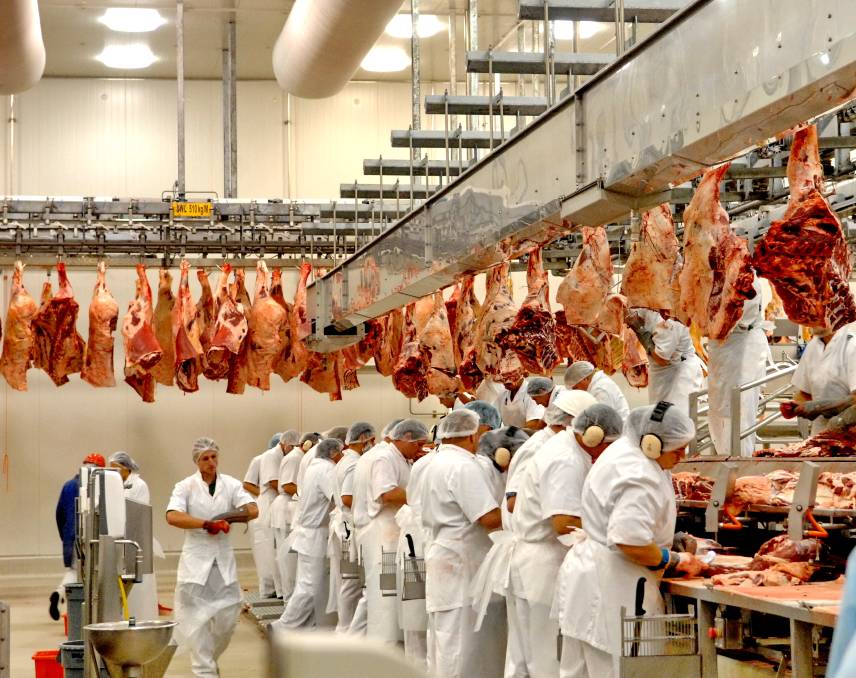 AS expected, April with only 19 working days compared to 23 days in March saw beef production fall and exports drop from 83,000 tonnes to just 72,502.

By way of contrast, the first four months in 2015 when herd liquidation was still running high saw 410,000t exported.

Interestingly the resemblance to 2012 identified in last month's analysis continued in April with export tonnages in the respective years virtually identical.

As previously discussed the principal reason why these parallels are occurring probably comes down to the herd cycle and in particular the number of female cattle in the kill.

In 2012 the proportion of females in the kill was down around 43 per cent, which is about where the current female percentage is estimated to be.

Unfortunately ABS has moved to quarterly instead of monthly data for livestock slaughterings and beef production. As first quarter 2021 figures are not due until later this month there is no confirmation yet of just where the figures stand.

But if we accept the cyclic underpinnings are similar, guidance from 2012 suggests May 2021 production will step up and exports should jump to around 85-86,000t.

After that we might expect a levelling out in beef exports to the low 80s through the winter months and early spring.

Last quarter of 2012 saw a hike in production and export but it needs to be remembered that three years of rebuilding had occurred at that point and the herd was approaching its peak of around 30 million head. Therefore there would have been mature-age male cattle off grass as well as surplus females to come through.

This year is different in that we are only approaching one full year into rebuild so we should not expect numbers to be there for a similar final quarter surge.

Interestingly after predicting an increase in beef exports in 2021 to 1.06 million tonnes in its January forecast, MLA has now slashed its projection to just 918,000t in its latest update.

That revision is based on cattle slaughter in 2021 falling to a 36-year low of just 6.4 million head.

Looking at individual export markets, it is the US and China where the biggest reductions have occurred.

April exports to the US amounted to 11,989t, which brings the combined total for the first four months of the year to just 41,510t.

That is a 39pc reduction on same-period 2020, which itself was the lowest year for beef exports from Australia since 2011.

The extent of the drop is brought into focus when it is realised that monthly tonnages in 2014 and 2015 regularly exceeded 40,000.

China in turn is running 42pc behind last year for the four-month January-April period.

It is marginally ahead of the US in tonnage to date but with indications of escalating beef prices in the latter and likelihood of continuing political tensions with the former, it may be that the US will compete more aggressively for the limited amount of product Australia has to offer and perhaps turn around the relative positioning of these two major markets.

April's 18,476t was down as expected but points to monthly tonnages in the 20-25,000 range in the months ahead. If this can be achieved, it would hold volume in this premium market to within 10pc of last year's total by year's end.

Korea's 14,470t for April stands out because it is the second month of positive trend on same time last year.

On a cumulative basis, Korea is 2000t or 4pc ahead of 2020 volume and overall second largest market behind Japan.

Considering the tightness of slaughter-cattle supply in Australia and extremely high cattle prices, our exporters are doing well to maintain daily kills and compete against better-placed suppliers but the fact remains that our biggest competitor in premium Asian markets, the US, is enjoying some time in the sun and gaining market share.

Latest USDA figures compiled by USMEF put US exports to Japan in the first quarter at 75,000t.

While this is down by 9pc on 2020, we cannot take any comfort from that as our comparative performance was 27pc down at 50,000t.

This means that the US is currently about 8000t per month ahead of Australia in beef volume to Japan.

COWS continued to make strong gains at the opening Wagga market this week, where 600 good heavyweights were up 10c across the board for a top of 340c/kg and an average of 322c for the better conditioned types.

By comparison, similar descriptions at Roma last week were quoted 4c dearer reaching 314c for an average of 309.

With the exception of the 40c jump at Naracoorte two weeks ago, grids generally on the eastern side of the continent are unchanged since March/early April.

South-east Queensland quotes are 645-660c for ox and 580-595 for heavy cow with central Queensland 10c behind and north Queensland a further 10.

Steiner believes rising US wholesale beef prices are fuelling the trend. On last Friday's quotes, the choice beef cutout indicator was up 36pc since mid-March

There is some speculation lean beef may be heading toward US300c/lb.