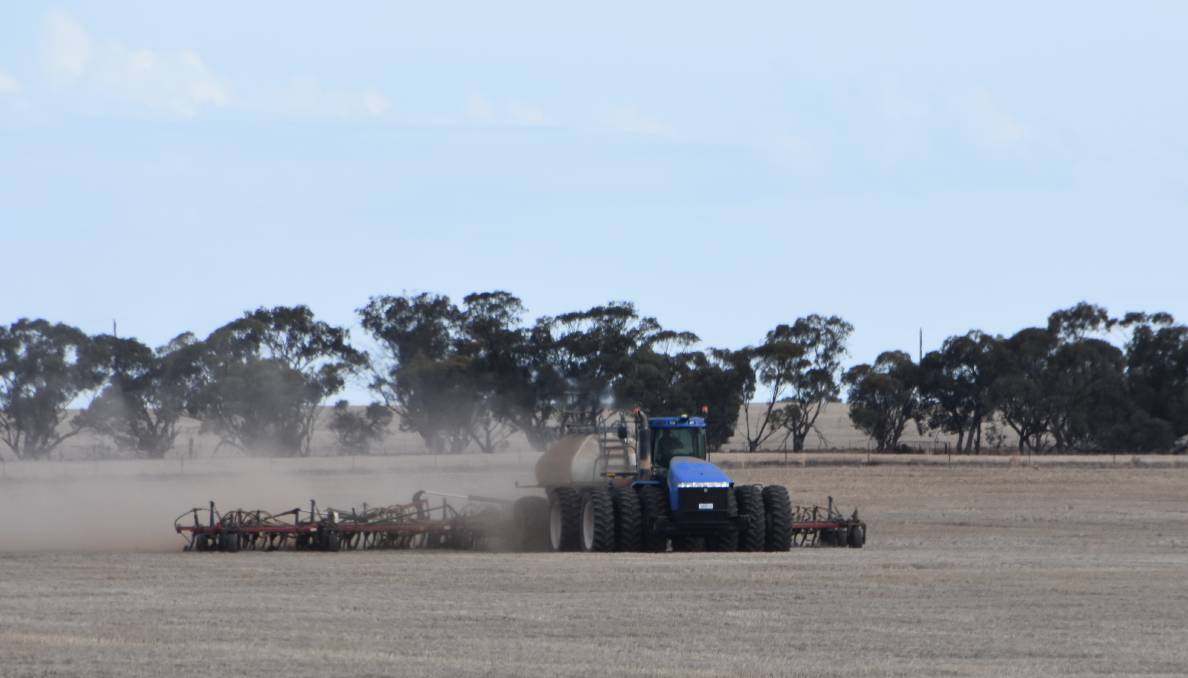 Corn prices in the US, a major driver of world values, have soared another 50 per cent over the past six weeks, meaning prices are double this time last year.

CORN hit eight year highs and soybeans reached its highest levels in eight and a half years on US futures exchanges this week as concerns surrounding the Brazilian corn crop continued to buoy investors.

There was a correction when Australian markets opened on Tuesday, but many analysts believe there is scope for further price rises, given the tight balance sheet globally and delicately poised northern hemisphere crops.

As the topic spills over from farmer and investor publications and into the mainstream all eyes are now on the influential May US Department of Agriculture World Agricultural Supply and Demand Estimates (WASDE) report.

"The May report is important as the northern hemisphere crops are now nearly all in the ground and we start to get a clearer picture of what is happening," said Commonwealth Bank commodity analyst Tobin Gorey.

He said with corn futures rising by a third in just five or six weeks it was no surprise grain prices were becoming a hot talking point across the globe.

At present corn is around US700 cents a bushel for the nearby contract, dropping to around US625c/bu for the December contract, which is more closely aligned with Australian new crop prices.

Old crop ASX contracts for Australian wheat are at $315/t, reflecting the low basis in Australian prices at present, and new crop is at $325/t.

Mr Gorey said the world was coming to terms with the poor Brazilian safrinha, or secondary, corn crop, which may bring Brazilian corn production under 100 million tonnes, a small crop based on what has been grown in recent years.

"What the USDA has to say on that is important, if it on the low side we might find further support for corn prices, but if it comes in with a larger figure it may continue the fall in prices we saw overnight on Monday."

Mr Gorey said overall there was a solid rationale for the price rises.

"It comes down mostly to fundamentals, it may be exaggerated by the market, but basically the world balance sheet is tight, much tighter than last year and every little bit of production news is felt more keenly as it could have a bigger impact.

"In the years when there is plenty of grain around a little dry spell here or there is not a big deal but this year the market is hyper sensitive to weather risk.

"The type of weather news you would need to see a 25 cent rise in futures is a lot less than it would have been at other times over the past five years, the market is far more skittish."

While there is no permanent damage yet to recently planted spring crops he said the risk premium would continue until yield potential becomes better understood.

Rising biofuel demand out of the US as the COVID-19 crisis slowly eases will also support corn values.

Peter McMeekin, Grain Brokers Australia, also said there were reasons to be bullish on grain.

"The small Brazilian crop is going to put a dent in world stocks, we've seen China buy a million tonnes of Ukrainian corn and half a million tonnes of Canadian corn recently, I don't know where Canada finds that volume, it will be running its stocks right down," Mr McMeekin said.

"Current USDA estimates are also interesting, there's a big plant but even with that they are going to need good yields," he said.

"There is a lot of farmland rated in good to excellent condition but a closer look reveals that is in the lower producing regions like the Dakotas, in the blue-ribbon corn belt things are not so good and I think they might struggle to get that 180 bushels an acre yield needed to get the predictions to add up."

"We're selling very strongly at present, in particular barley, the export program is still going to be going strong well past its traditional peak."