Why harnessing methane emissions is all about a proactive beef industry ensuring ongoing market access. 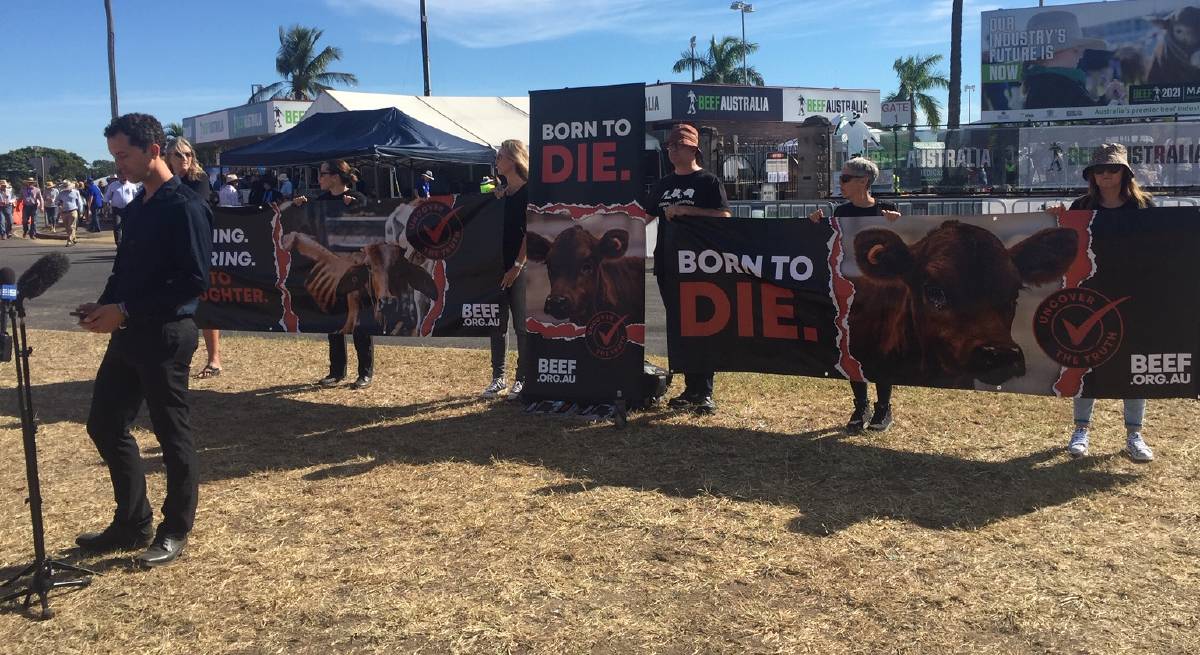 Why harnessing methane emissions is all about a proactive beef industry ensuring ongoing market access.

AUSTRALIA's booming beef industry rightly and proudly celebrated its many and varied wonderful achievements at Beef 2021.

The innovations, new technologies and advancements were there for everyone to see, all underpinned by previously unimagined cattle prices.

Never before in the history of the $11 billion industry has there been such optimism and confidence in the future of livestock and the essential role the industry plays in the delivery of nutritionally superior protein to an ever increasing global population.

But there are clouds on the horizon.

While the Beef 2021 party roared on, the pressure group Animals Need Shade (which claims 200,000 supporters) launched a petition demanding that shade and/or shelter is mandatory for all farm animals.

Animal Liberation then took the cue, staging a protest outside of the Rockhampton Showgrounds to release 40 page report complete with graphic videos and pictures, to attack the livestock industry.

Not that it really mattered, according to Animal Liberation. The beef industry would be largely disappear by 2050 if climate change wasn't addressed immediately. Higher temperatures, increased droughts and bushfires would see to that, they said.

It's easy to mock and dismiss these groups and their obvious misrepresentations of the industry, there is no doubt that the influence of these groups is growing in line with increasing urbanisation and 'green' politics.

Their target audience is not livestock producers, it's not even necessarily meat consumers. Their audience is the wider population, which provides the livestock industry its social license to operate.

But where the real challenge for the livestock industry lies is in managing methane emissions.

Methane is a mainstream issue and like it or not, that puts the cattle industry in the frame, alongside coal and gas.

Methane is a mainstream issue and like it or not, that puts the cattle industry in the frame, alongside coal and gas.

Report after report from credible organisations including the United Nations, universities and other research institutions now say that dramatically cutting methane emissions is quickest and probably only way of stopping global warming.

The reason there is so much emphasis on methane is simple. Methane only lasts for about 12 years in the atmosphere, compared to carbon dioxide which persists for centuries.

The dumb solution put forward by the opponents of the livestock industry is to eat less meat (i.e. reduce the cattle herd), ignoring the critical nutrition role of red meat.

Unfortunately, it is an easy concept for pressure groups to exploit and for both consumers and policy makers to implement.

The opportunity lies in the red meat industry's delivering on its promise to be carbon neutral by 2030. Increasing suggestions that CN30 is a "aspirational goal" is as damaging as it is a nonsense.

Ultimately, CN30 is about market access. It's about the beef industry being able to prove in Australia and its more than 100 overseas markets that, through on-the-ground management, livestock's impact a changing climate is being mitigated.

Fortunately, some solutions - particularly in animal nutrition - are in the pipeline, but need to be accelerated. An accounting system that recognises increasing vegetation as a carbon sink will also be crucial.

As it has done with animal welfare the livestock industry must continue demonstrate that is a vital, responsible and necessary industry.

That includes being carbon neutral.

- Mark Phelps is a journalist with Queensland Country Life.