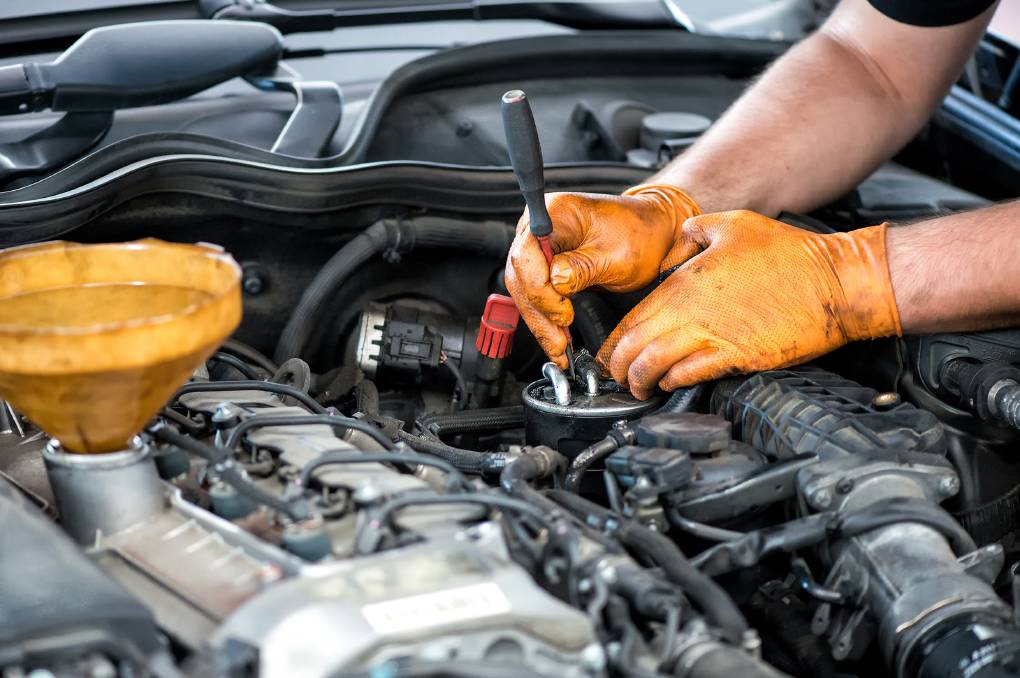 GENUINE SPARES: The peak national automotive body says motorist should ensure only genuine parts of are used to repair their vehicles.

The peak automotive industry body says a Border Force crackdown on the import of counterfeit vehicle parts is producing results.

Australian Border Force (ABF) have been busy stopping what the automotive industry says are potentially dangerous counterfeit vehicle parts from getting into the country.

The peak automotive industry body, the Federal Chamber of Automotive Industries (FCAI), said its efforts to help ABF officers crack down on the trade was producing results.

Testing performed by Genuine is Best had demonstrated counterfeit vehicle parts, if fitted, could cause severe engine damage and may result in road safety issues, Mr Weber said.

"As a direct result of this training, a noticeable increase in seizures of counterfeit vehicle parts was achieved compared with the same period the previous year," an ABF spokesman said.

"There is a tendency in the community to view counterfeit goods as harmless or victimless crimes but this is misleading.

"Counterfeit vehicle parts, particularly those designed for emergency response, for example brake pads or airbags, pose significant safety risks and these consumer and broader community impacts can be significant and sometimes fatal."

The FCAI and Toyota have held virtual IP Rights Brand Protection and Detection training through 2020-21 to inform ABF officers of the threat posed by counterfeit vehicle parts.

In addition, critical tools and information for the identification of both legitimate and counterfeit vehicle parts was provided to enable ABF officers to more easily differentiate goods suspected of being counterfeit from legitimate ones before they reach Australian roads.

Mr Weber said the industry was committed to working with governments to stem the flow of illegal and dangerous fake parts entering Australia.

"Every counterfeit vehicle part seized is a win for Australian drivers. We are taking the fight to these counterfeit criminals and we are getting results.

"Our engagement with the Department of Home Affairs and the ABF is an example of the importance of an ongoing collaborative relationship between the car industry and Government."

Counterfeit spark plugs capable of causing massive engine damage were the most recent part added to the list of fakes encountered by Genuine is Best.

Other dangerous parts include counterfeit oil filters that do not filter oil, wheels that shatter in low-speed pothole impacts, brake components containing asbestos and in one case, brake pads made of compressed grass clippings.

In the United Arab Emirates more than 300,000 counterfeit automobile parts were seized during 2020 with 21 raids conducted throughout the year confiscating fakes with a value of $A3.6 million.

In the US, the Automotive Anti-Counterfeiting Council estimates the financial impact of counterfeit auto parts at more than $A1.3 billion and growing rapidly.

Across the border in Canada, local Crime Stopper organisations are appealing to the public for leads on counterfeit parts with the Canadian Anti-Counterfeiting Network estimating the domestic market for fakes to exceed $A20 billion every year.

Sponsored by
Brownes Dairy has appointed a female chief executive officer for the first time in its 135-year history.
Test
This is the first year Overwatch has been available to growers around Australia, with its active ingredient bixlozone making it a unique weed control option in the broadacre market.
Test
Following the announcement of the Australia / UK FTA the Australian grains industry has had to address false claims regarding pesticide use.
Test
The North East Dairy Climate Futures Project invited north-east Victorian dairy farmers to have a say about their own businesses in response to data released by the CSIRO in 2020.
Test
Best opportunities for grain-fed beef seen in a lifetime
Test
There's speculation the motion was politically motivated with no real chance of getting up, to show voters the Nationals are "standing up to the Liberals".
Test
The government has passed a bill that will finally give the Murray-Darling Basin "tough cop" the weapons to enforce the national water sharing plan.
Test
The opening farmgate milk price bidding war is showing no signs of abating with another major processor announcing an increase on Friday.
Test