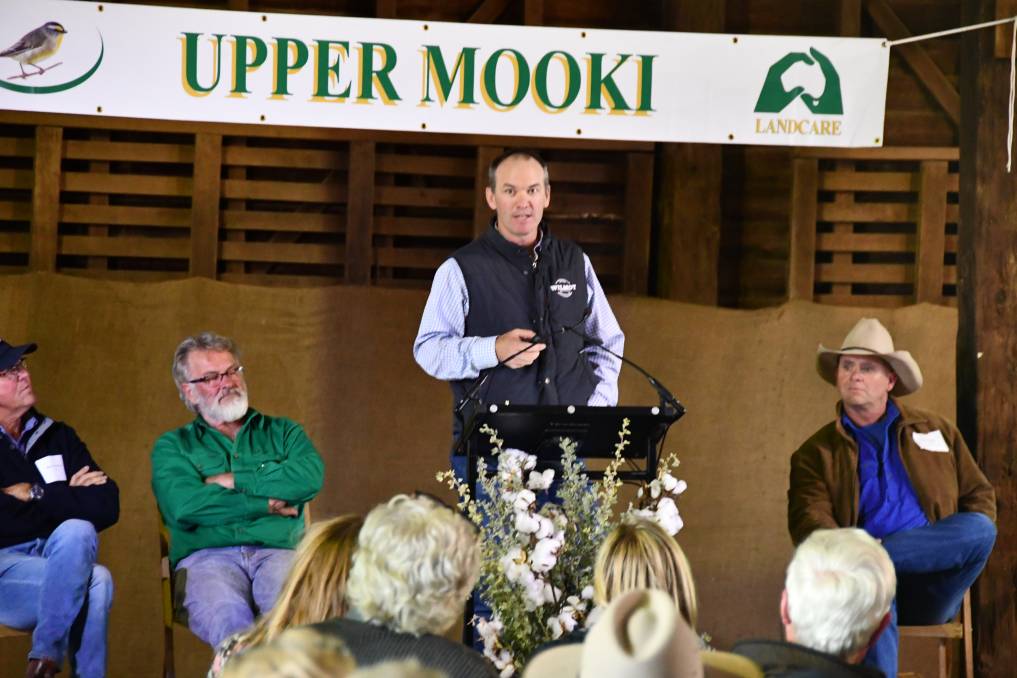 WHAT started as a collaborative effort by landholders across the Upper Mooki region has served as a lesson for all producers in looking after the land and retaining moisture.

The Upper Mooki rehydration project, which focused on getting the soil profile to act like a sponge for water storage, was unveiled at the historic Windy Station woolshed near Pine Ridge this week.

Hundreds of producers packed into heritage listed building, which for a time, was the biggest woolshed in Australia to not just hear about the project, but from other producers implementing a variety of regenerative practices on their properties.

"This event was for two reasons, the first was to mark the completion of the project and the second has been about addressing the concepts of regenerative ag," Upper Mooki Landcare project manager Craig Carter said.

"It really has been a collaborative effort from a lot of people to make this project a success and the end result of it is that we are able to better retain what moisture we get.

"The day has been fantastic for a number of reasons, firstly to celebrate the culmination of a great project and secondly to hear from a lot of fantastic producers who are doing great things."

Mr Carter said a growing number of producers were considering more regenerative approaches to their operations.

"I would certainly love to see events like these become more common across the state, that's for sure," Mr Carter said.

"From what I understand, there are some really exciting rehydration projects being carried out by the Bathurst council and I think it is really catching on.

"I think the best thing about this event has been hearing from both croppers and graziers who are doing these kinds of things because there is a bit of them against us mentality at times, so events like these are perfect for bringing people from those sectors together."