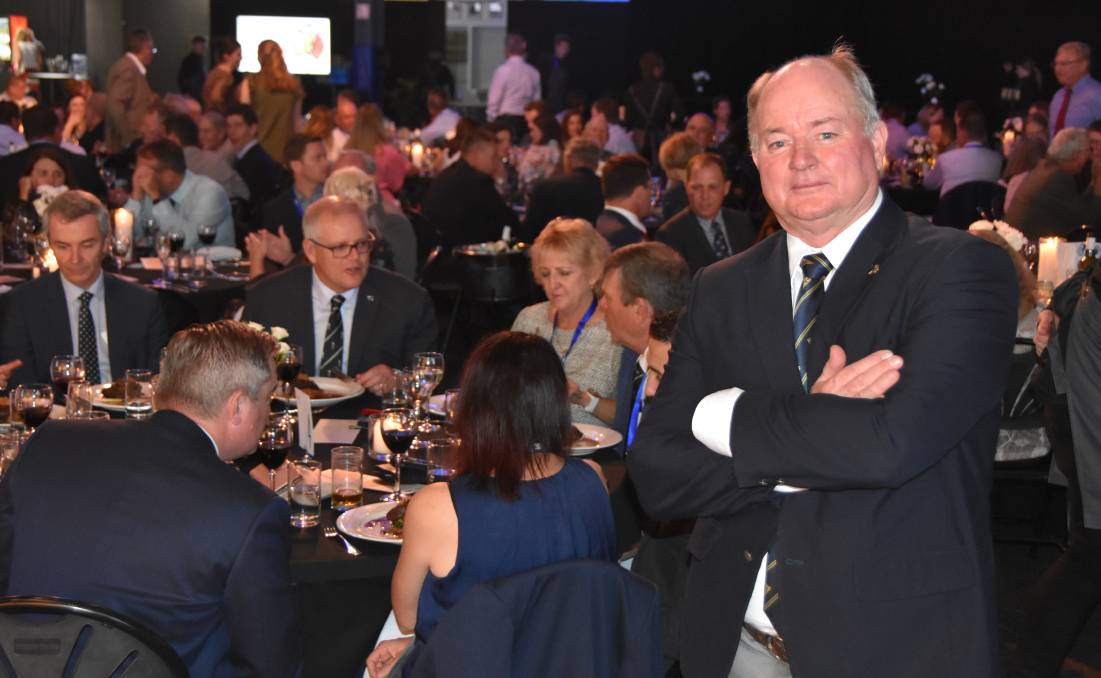 EMBRACE technology, increase efficiencies and speak with a united voice.

This is the way forward for Australia's beef industry, as decreed by industry stalwart David Foote, the director of corporate and industry affairs for Australia's largest vertically-integrated beef supply chain, Australian Country Choice.

He also says it's time the Federal Government appointed a specialist agricultural trade commissioner to represent the sector at the decision-making table.

Mr Foote was the keynote speaker at the Rabobank Industry Awards dinner at Beef Australia in Rockhampton this month.

The things the industry could be guaranteed are headed its way included another drought, the need for succession plans, lab-printed meat and competition, he said.

"What should be coming: taking the opportunity that owning land offers in the new world of carbon," Mr Foote said.

"There are two massive sinks on this planet - the ocean and our land mass. As landowners, we have a unique ability to capitalise on what the rest of the world can't."

In reflecting on the journey the beef business - and industries like resources, banking and even information technology - had taken in the past 25 years, since the first Beef Australia was held, Mr Foote said it was clear innovation, and the ability to move with change, was the means to success.

"We can be proud of our current integrity systems and the global respect we command for our clean and safe beef products," he said.

"What we shouldn't be proud of is that most of those systems weren't implemented voluntarily. Our first reaction tends to one of disbelief, then we fight, we resist and finally we accept but generally we have wasted time and unbelievable amounts of energy and thought power to arrive where we should have been in the first place," he said.

"We're always dragged kicking and screaming over the line.

"Let's put our efforts into leading."

With the Eastern Young Cattle Indicator up 379 per cent since 1997, and retail beef prices up 128pc, the industry was on solid ground in 2021, according to Mr Foote.

Consumers seem comfortable with the price rise and the good part of the situation was that the share of the pie the producer receives in today's $22/kilogram retail price is 73pc.

Still, with other proteins like chicken ramping up consumption rates, and lab-grown meat on the horizon, the beef industry simply had to embrace technology to stay in the game, Mr Foote argued.

"How has the chicken industry survived without a price rise since 1997?" he asked

"We have all these tools available to our industry and more. We have genomics, DNA testing, estimated breeding values, net feed intake data. We can do the same, plus we have taste on our side."

Efficiency increases had to come faster for the beef industry, he said.

In the south, the lift over the same period has been 81 to 83pc.

"So in the north, we run, pay for and look after 30pc of cows that are non-producing," Mr Foote said.

"If you ran a factory at three quarters efficiency you'd be broke tomorrow.

"We have to take all opportunities to improve."