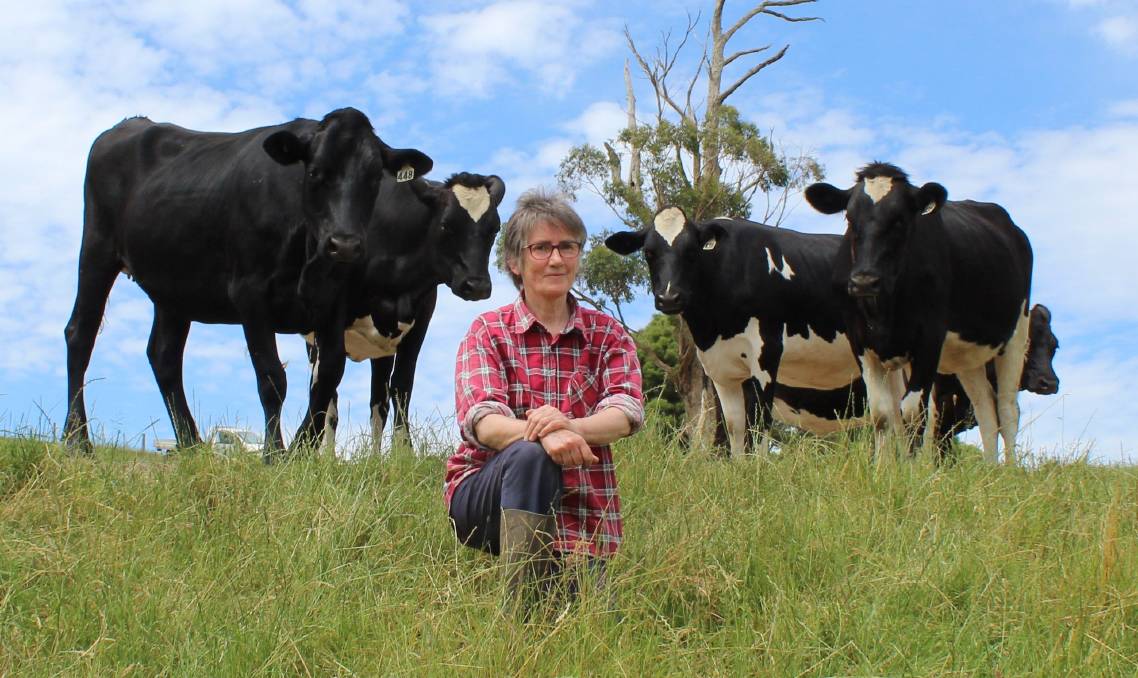 In 1995, the Auchterlonie family made the lifestyle choice of changing to a seasonal calving pattern, allowing them more flexibility.

The results speak for themselves, with this system bringing additional benefits that they would not walk away from.

Janet Auchterlonie farms with her husband Robert on their 250-cow dairy farm in Dumbalk South Gippsland.

They run a crossbred herd in a seasonal pasture-based operation, with grain inputs of 1.5 tonne per cow.

Their cows are of moderate size, weighing in at an average of 550 kilograms and producing their bodyweight in milk solids.

Benefits are also seen in relation to animal management as all cows are in a similar state of lactation; calves are also of a similar age thereby simplifying feeding and other husbandry practices.

Due to this, flow-on effects are seen in subsequent seasons, with fertility being a function of the environmental factors influencing it such as nutrition and health of the animal.

In addition to this, Mrs Auchterlonie places high selection pressure on cows getting in calf.

Open cows exit the herd and are not carried over to the following season, leaving no compromises when it comes to their herd fertility.

Either the cow is in calf or it leaves the herd.

This has allowed Mrs Auchterlonie to achieve results such as a six-week in-calf rate of 75 per cent and a total conception rate of 91pc after 10 weeks of joining.

When asked why she chose to use a crossbred breeding strategy for her herd, Mrs Auchterlonie said: "I didn't choose crossbreeding, crossbreeding chose me."

Her original breeding pathway aimed at maintaining a pure Holstein component of the herd, although through natural selection this component of their herd is diminishing.

Four years ago, this portion consisted of around 20pc, today it is at 7.5pc with the majority of these animals being aged cows.

The key to success for Mrs Auchterlonie's herd is fertile and resilient cows.

Mrs Auchterlonie is a believer of "biological type", whereby a cow is bred to suit the environment in which it has to perform, rather than developing a system to suit the cow.

Being a seasonal operation with strict breeding targets has allowed her to easily adopt this breeding philosophy.

Data underpins the management practices on the Auchterlonie farm.

"If you know what's happening, you can work out why it's happening and therefore understand where you can improve it," Mrs Auchterlonie said.

Her meticulous records allow her to treat animals as an individual, which have therefore benefited cow conception rates and health on farm.

Mrs Auchterlonie attributes her growth in management to her improvements in record keeping.

Collection of data removes the subjectivity out of decision making for the Auchterlonie family and instead it allows for objectivity on farm when making those management choices.

"You can't manage what you don't measure," she said.

Recently, Mrs Auchterlonie was awarded the South Gippsland Shire Citizen of the Year, which was an honourable and well-deserved achievement.

She is largely involved in her local community with respect to the CFA, having been a member for 38 years, of which she has been the captain of Dumbalk for six.

Mrs Auchterlonie also involves herself in her dairy community both locally and nationally.

This is through being a committee member of the DataGene Genetic Evaluation Standing Committee, and also an initial supporter and driver of the GippsDairy Fertility Matters Discussion Group based in South Gippsland, with her now being a regular attendee and contributor to session and their planning.