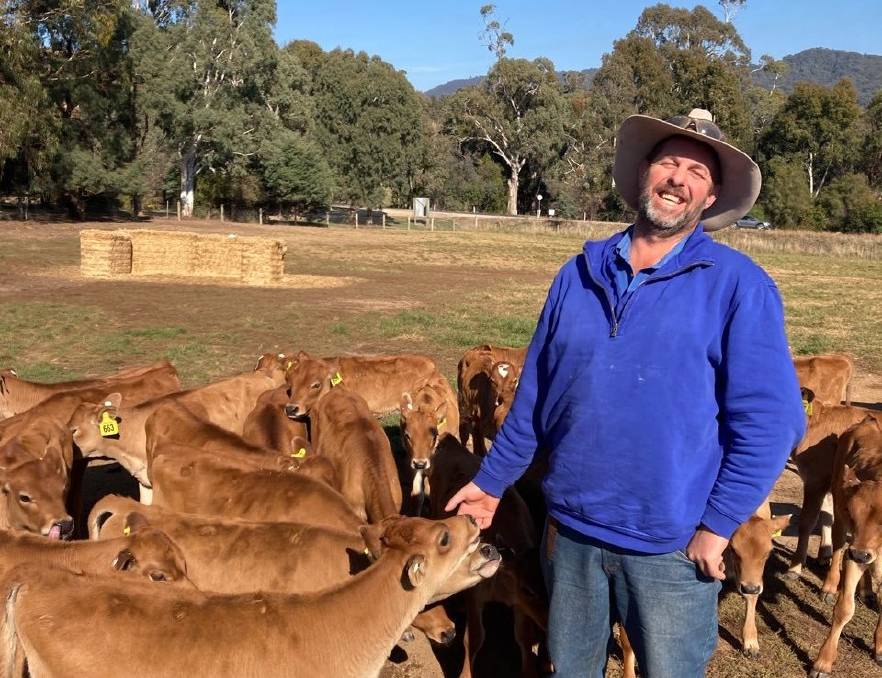 Jon McAlister has been on the farm for more than 20 years but only converted to dairy seven years ago.

Jon McAlister is a definite convert after using X-Vik frozen sexed semen on his cows for the first-time last year and this year he's expanded to use it on his heifers as well.

Jon McAlister used to have a thing against frozen semen...but not anymore.

For Jon, breeding isn't about making a pretty cow that can win awards; it's about production, fertility and health and he says VikingGenetics delivers on all counts. 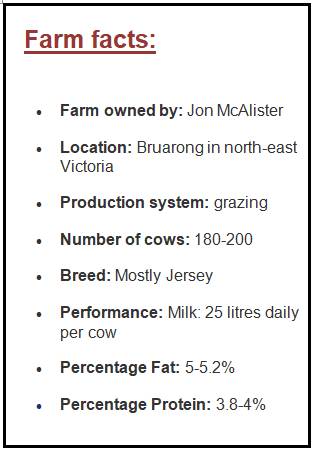 Jon farms at Bruarong between Yackandandah and Myrtleford in north-east Victoria with his wife Kate and boys Jack, 5, and Tom, 4.

It's a dryland farm but in a high rainfall area. While there are times he'd like to be able to turn on irrigation, it's normally a good climate for dairying and last season was his best in seven years of dairy farming.

Jon has been on the farm for more than 20 years but only converted to dairy seven years ago.

"We went share farming for two years and really enjoyed it and loved the industry," Jon said.

"The share farming didn't work out but after I was involved in a potentially bad accident as a passenger in a vehicle that got rear-ended by a cattle truck, we became motivated to convert from beef to dairy."

This was just before the Murray Goulburn collapse but they have survived and thrived, most recently joining the Mountain Milk co-operative, which aims to give farmers more say in the industry.

They milk about 180-200 cows; predominantly Jerseys, with a few cross-breds gradually being eliminated from the herd.

Jon is all about the fat and protein content.

"I'm not your traditional dairy farmer who loves his cows and wants to breed a pretty cow; I couldn't care less if they had two heads so they can eat twice as much grass," he jokes.

"The big things for me are production - they need to pay their way and make money, and then fertility and good feet and good health.

"Our farm is only about 450 acres and their biggest walk would be one to one-and-a-half kilometres, but it's undulating and because we are high rainfall, over 1100 mm a year on average, and we have a lot of natural springs, it's a wet farm."

"We find them really robust and what appeals to us about VikingGenetics is the strong focus on the health traits," Jon said.

The calves out of last year's X-Vik sexed semen live up to Jon's requirements.

"The impressive thing is the calves," he said.

"We used two bulls that were comparable on the Australian BPI, including one Viking bull VJ Gislev, who is a proven bull with really good figures.

"When you look at the calves in the paddock, all the Viking calves are bigger, stronger, robust-looking calves, exactly what we want.

"It was quite noticeable. Normally Jersey calves are a pretty consistent line of animals but they were visibly different looking at them in the paddock."

Jon previously dabbled in VikingGenetics years earlier and has four milking in the herd.

"They are performing well and up there in terms of where they're sitting in the herd. It's in the early stages, but we're very happy with them."

They were enough to overcome his bias against frozen sexed semen, as Jon sought to add more variety to his herd and avoid potential in-breeding.

"Previously we used fresh semen but we were running into trouble getting an out-cross," Jon said.

"We've been using the best genetics available to us in the last few years, now we're at the point where our cows are closely related to all the bulls that are available." 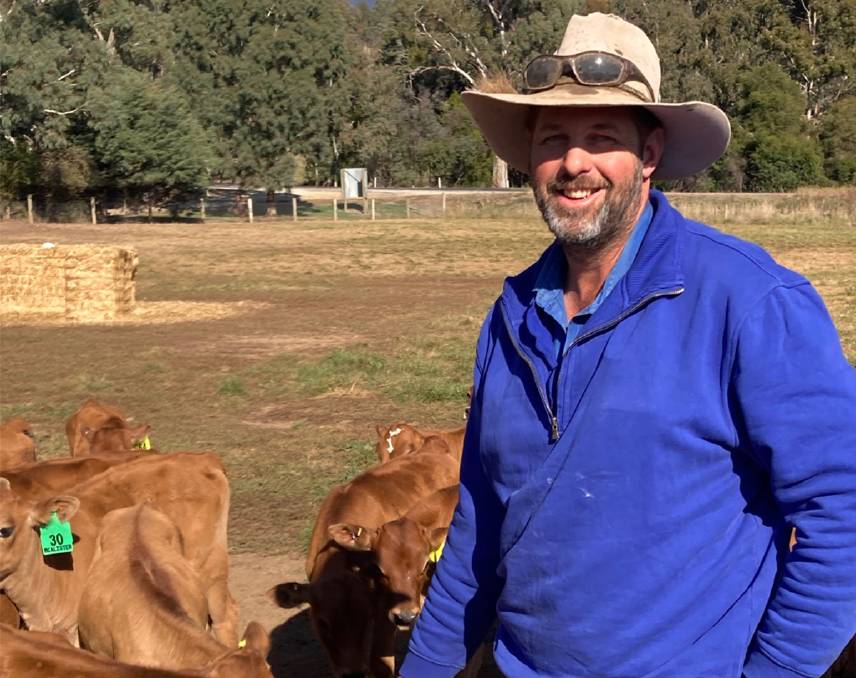 "We're looking for an outcross and the VikingGenetics is a pretty easy outcross, and then it has the health benefits.

"So, we used X-Vik in our cows last year and had really good results. It made us realise we don't have to be afraid to use frozen semen in our cows."

They achieved about 52 per cent conception rate in the cows, but it could have been even better.

"We didn't pick and choose like a lot do," Jon said.

"We also used it twice in one old cow 10 lactations in.

"She's a ripping, high-producing cow and we gave her two doses because we were desperate to get another heifer calf out of her.

"We wouldn't normally do that but she's a bit special.

"She didn't get in calf so we essentially wasted two straws but that was our choice and it would have mucked up the percentage a bit."

"Fifty per cent in cows to sexed semen is a good result so we were very happy and this year we're using X-Vik frozen sexed semen on our heifers as well."

"Jersey bull calves don't have much value and we're trying to get on the front foot to avoid the bobby calf industry.

"We join what we want for heifer calf replacements and everything else we join to Angus. You can sell those calves, but not the Jersey bull calves."

Jon says the good seasonal conditions, high price and good production figures made his past season the best on record.

"I don't look at litres; we get paid on kilos of solids and we have good fat and protein figures, though we'd like protein to come up a bit," he said.

"A cow might not be giving much in litres but I look at how many kilos of solids she's doing.

Jon said he had been wary of frozen semen because earlier figures had indicated it wasn't overly successful on cows.

"But we had excellent results with X-Vik frozen sexed semen last year so we're confident to continue with it."

The story A fresh look at frozen semen first appeared on The Land.