DAIRY Australia's Forage Value Index was recently expanded to include annual and Italian ryegrass species for the first time. 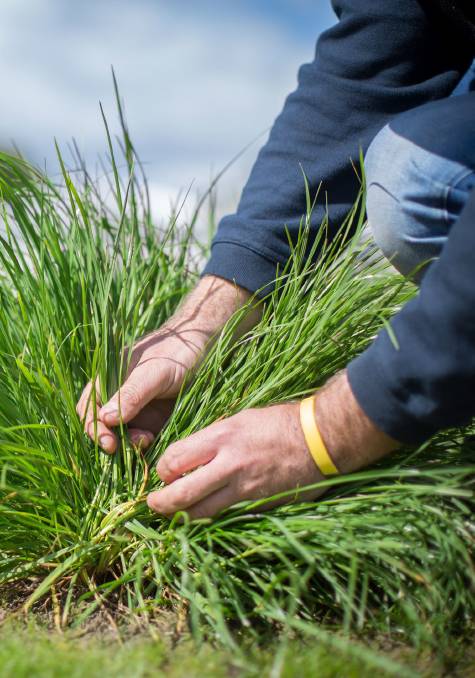 The Forage Value Index was initially launched in 2017 for perennial ryegrass and has been updated on a yearly basis since then.

DAIRY Australia's Forage Value Index was recently expanded to include annual and Italian ryegrass species for the first time.

The index, initially launched in 2017 for perennial ryegrass and updated on a yearly basis since then, now offers farmers a wider range of information on the relative profitability of different ryegrass cultivars.

The purpose of the FVI is to help farmers select the most profitable ryegrass cultivars at sowing.

With so many competing commercial interests in the seed industry, it can be a challenge for farmers to figure out which varieties are actually the best performers.

The FVI uses independent trial data from the Pasture Trial Network and combines the yield data for each variety from several different trial sites into a single predicted performance value, which is then listed in the FVI relative to a well known "reference" cultivar.

This performance data is then combined with economic values to reflect the different value of a kilogram of extra ryegrass on a dairy farm across the different regions and seasons of the year.

The end result is a predicted level of profit per hectare for each cultivar compared with the reference cultivar for that species.

In the case of annual ryegrass, the reference cultivar is Tetila (standard) and for Italian ryegrass, it is Crusader (as shown in the tables).

For example, a cultivar with an FVI of 200 in the annual list is predicted to be $200/ha more profitable than Tetila.

"It's a really easy tool to adopt, you simply have to jump on the Dairy Australia website and have a look at the rankings for the nearest region to your local area," he said.

"We recommend choosing cultivars towards the top end of the tables.

"Even for farmers who have already sown their ryegrass paddocks for 2021, it's useful to check and see how your chosen variety stacks up against the others in the marketplace. The FVI will continue to develop and evolve in the coming years.

"We will be releasing the yearly updates in January each year from now on, adding new trials for all three ryegrass species to make the rankings more accurate and hopefully expanding the tool further to other species such as Tall Fescue."

Professor Kevin Smith of Agriculture Victoria said the information was provided by Datagene, which produced the yearly calculations and updates for the FVI.

"It is a significant advancement for farmers to have access to FVI for annual and Italian species of ryegrass, as this enables a comparison of the relative economic values of different cultivars for the first time," he said.

Currently, the performance values which are used in the FVI are based on differences in dry matter yield only between the various cultivars. However, other traits also influence profitability, including the nutritive value of the different cultivars as well as the persistence of perennial ryegrass cultivars.

Mr McDonnell described how these traits were planned for inclusion in future.

"There's no question that we need to account for differences in nutritive value between the cultivars on the FVI tables at present," he said.

"This will make the rankings even more accurate and give more independent information to farmers and their advisers."

FVI tables are presently listed for four regions - northern Victoria, Gippsland, south-western Victoria and Tasmania. Now that annuals and Italians are part of the index for the first time, future plans include expanding these listings beyond these four regions.

"We are currently working on developing economic values for more dairy regions in Australia, including NSW and Western Australia," Mr McDonnell said.

"Annuals and Italians are widely used in these regions and having local economic values will make the listing more accurate and reliable for farmers in these regions. This is planned to be a part of the 2022 update of the FVI."

The tables printed on the page opposite show the annual and Italian FVI for northern Victoria.

Tables for all other regions are listed on the Dairy Australia website and can be easily accessed by heading to dairyaustralia.com.au/fvi.