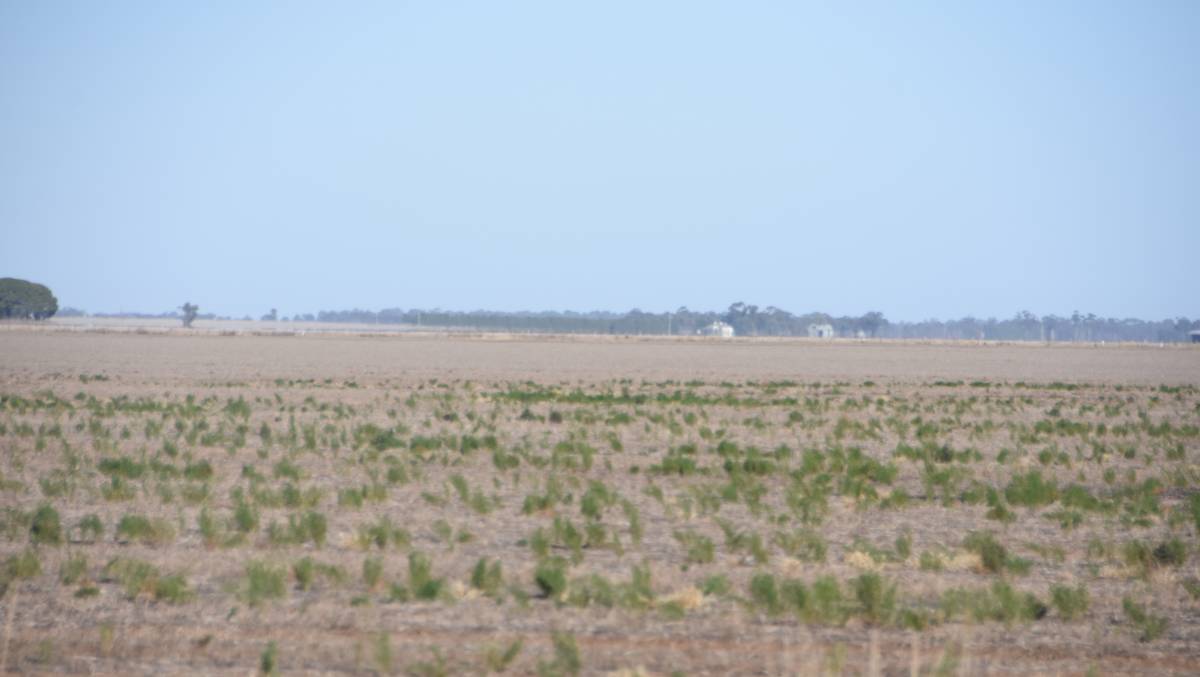 The block that changed hands for over $23,000/ha recently, three kilometres north west of Horsham.

Another record land sale has taken place in the Wimmera, however this block is on the fringe of Horsham, which pumped up the price.

However, the block is on the peri-urban fringe of Horsham and while currently zoned rural it has a number of agribusinesses as near neighbours and may be suitable for similar agricultural industry uses in the future.

Auctioneer Gary Driscoll, Driscoll McIlree and Dickinson, said while the block had attracted interest due to its proximity to Horsham it also stood up on its merits as agricultural land.

"It is a fantastic opportunity for cropping for the farmers nearby, it is good ground capable of growing cereals and pulses with storage sites literally the other side of the highway," Mr Driscoll said.

He said competition for the block had been keen, with private local farmers and a group among the losing bidders.

The block is next to O'Connors Case IH on the corner of the Western Highway and O'Brees road, three kilometres north-west of the town centre of Horsham.