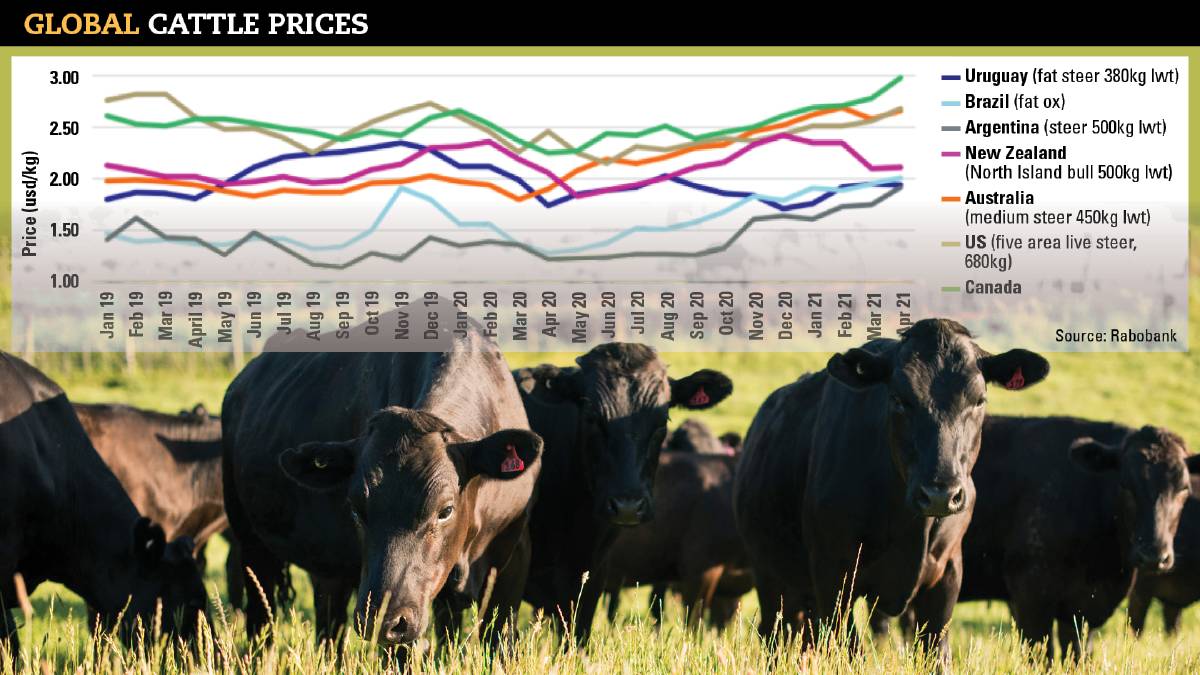 TIGHT supply across many cattle-producing regions combined with red hot demand for animal protein is pushing both cattle and beef prices internationally to records.

While the local drivers creating that situation will eventually correct, Rabobank's team of experienced analysts believe the market has seen a permanent step-up. 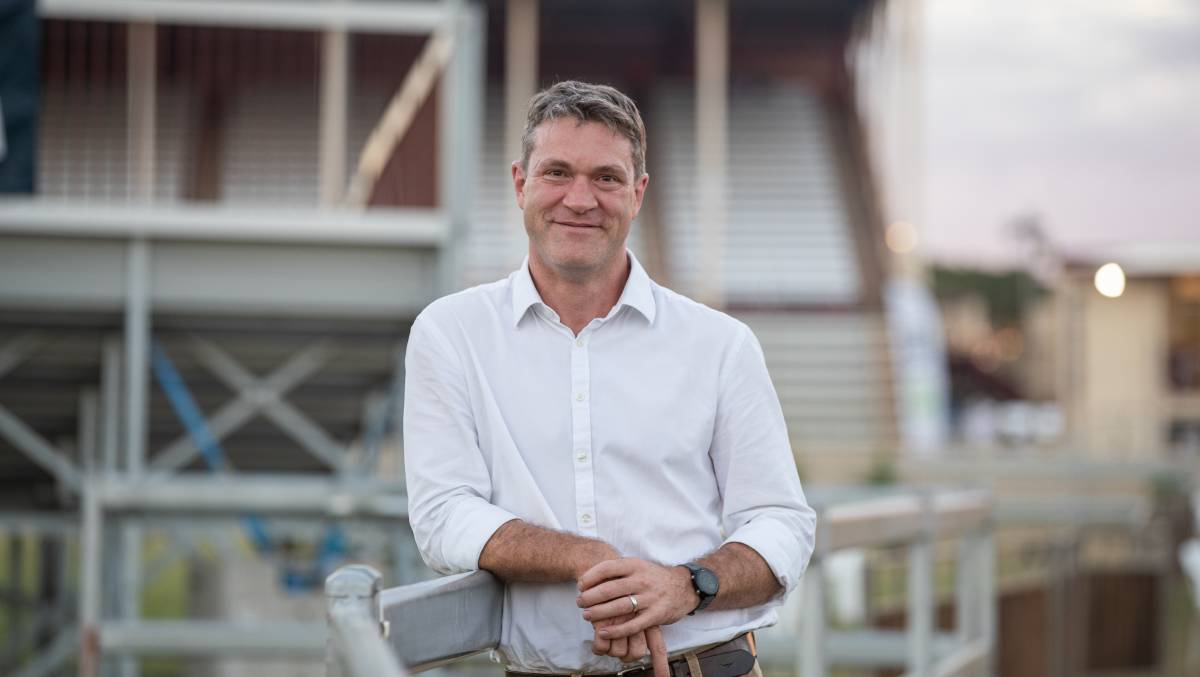 Higher economic activity and food service coming back online as vaccines are rolled out, all-time high consumer income courtesy of stimulus payments, Argentina keeping all its beef on home shores and the lack of other protein options in China due to African swine fever are driving demand.

That is butting up against reduced production due to localised factors.

"In Brazil, the season was delayed. With 80 per cent of cattle finished on grass, they haven't had the grass and so are in a holding pattern," Mr Gidley-Baird said.

In the United States, despite big turn-off, processing limitations - the biggest factor being a shortage of labour - have meant the numbers can't be pushed through the system at a rate able to meet the fast-growing demand.

"Imports can't match the increased demand and so import prices are going through the roof," Mr Gidley-Baird said

"US consumers not only have more money in their pockets, they are not travelling so they are not spending it elsewhere and they are looking for alternative means for quality of life. The rise of at-home cooking is also contributing."

In Europe, reduced supply has lifted carcase prices to 7pc above year-ago values and, of course, in Australia herd rebuilding is keeping numbers out of abattoirs.

Mr Gidley-Baird said all these localised factors would eventually shift - the Brazilian cattle, for example, are in the system, and at some point they will have to flow through.

"Local factors will play themselves out. China's pork herd will recover and Australia will rebuild its herd.

"However, as consumers adjust their price expectations around beef, the market will adapt and the new normal will be higher ongoing prices than what they were prior to drought sell-off.

"What we are seeing driving global beef prices higher right now is localised factors that, in isolation, would have been just a blip on radar but combined they are having a major ripple effect on the market."

The potential for China to ease some of its requirements for beef imports, such as no hormone growth promotants or only taking cattle under 30 months from Brazil, is also being discussed.

Mr Gidley-Baird said that was certainly a lever the Chinese could pull but probably a less favourable one.

In an indication that the Australian sector might be beginning to see producer demand for cattle ease, the balance of buyers in the weaner cattle market is starting to return to normal, the Rabobank report says.

"The pendulum appears to be swinging with a more normal balance beginning to return, with producers dropping back and feeders taking a more active share of the market, seeing a greater percentage of cattle heading to feedlots," Mr Gidley-Baird said.

"Compared with last year, when producers were the largest buyers in the Eastern Young Cattle Indicator weaner category for many months, the first three months of 2021 has seen them occupy on average 39 per cent of the market, with lot feeders at 50pc," he said.

Producers were, however, still paying premiums - of about 6pc - above the market average.