South-eastern Australia shivered through an Arctic end to May, with many centres recording their coldest May night on record. 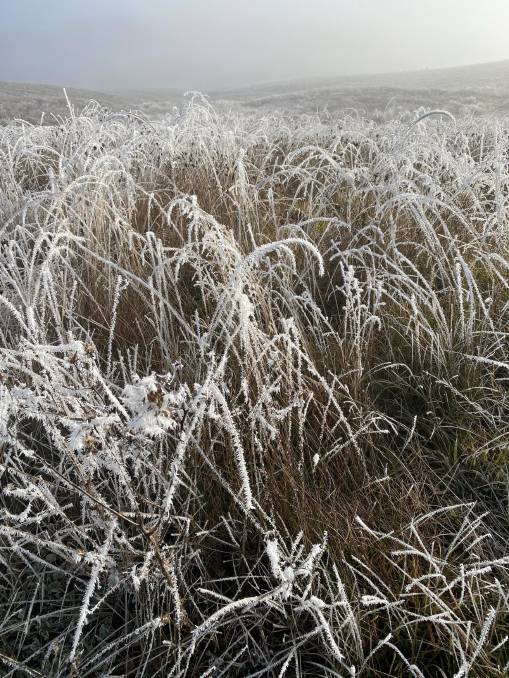 It was a freezing start to the day near Crookwell, NSW, on Monday morning. Photo: Anthony Frost.

SOUTH-EAST Australia copped an unwelcome reminder of what is to come over winter, shivering through a run of record breaking cold nights.

Several areas throughout South Australia, Victoria and southern NSW recorded their coldest May nights on record, while many others saw the mercury dip deep into negative territory.

At Renmark, South Australia, the temperature on Monday morning dropped to -5.1, freezing fountains and small bodies of water, smashing the previous record.

Across in the notoriously frigid Southern Highlands, Braidwood shivered through a -6.2 start to the day.

The cold snap, which the Bureau of Meteorology (BOM) attributed to a strong high pressure ridge which kept things still overnight, allowing temperatures to drop, lasted for three days, with Saturday and Sunday nights the coldest.

In Horsham, Sunday morning was a May record, at -4.3 degrees, while Kyabram, in the Goulburn Valley, had its coldest May morning in 57 years of record keeping on Monday.

Wagga Wagga recorded consecutive nights well below zero, while in South Australia, Naracoorte dropped to -4.4 and centres such as Loxton and Pinnaroo were also in the negatives.

The cold weather was notable for how cold it got near the coast.

Yarram, in Gippsland, dropped to -4.1, while Warrnambool on the Victorian south-west coast, which normally has a maritime influence moderating the temperature, was 1.7 and many parts of outer suburban Melbourne dropped below zero.

The cold snap is drawing to an end with mild cold fronts crossing the south-east.

The best chances for rain will be through northern NSW and far southern Queensland.