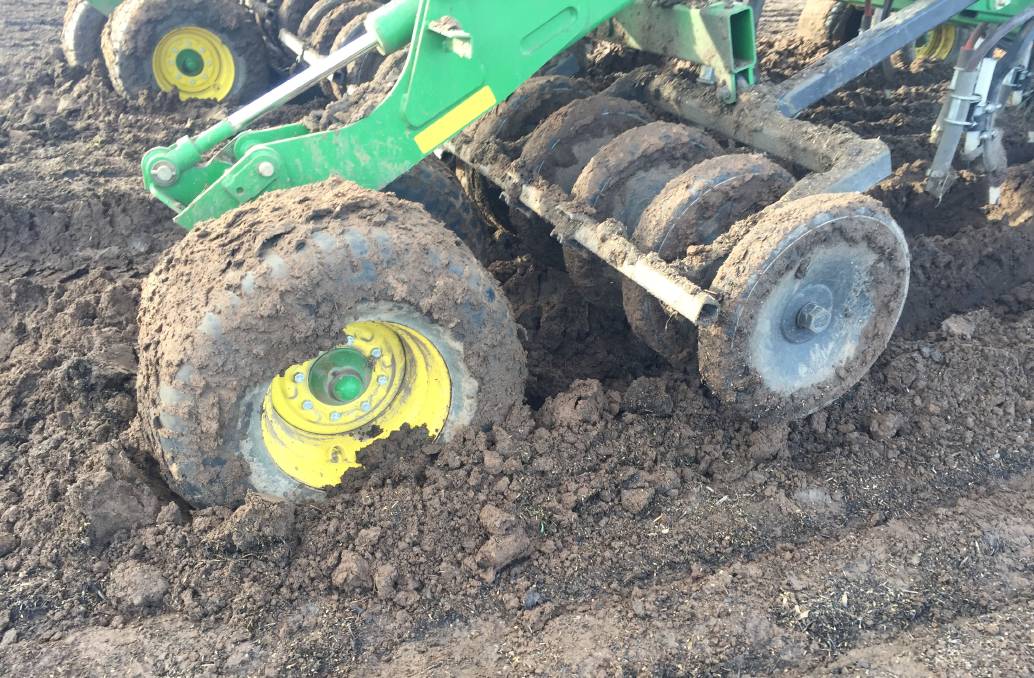 There's been plenty of seeding rigs getting stuck in WA this planting season.

There has been a final flourish to what had already been a wet May through much of the WA cropping belt, with heavy rain over the weekend.

THERE has been another heavy band of rain across Western Australia, with agricultural regions receiving from 15 up to 100mm.

The south coast was a particular focus for the rain, while the northern cropping belt around Geraldton also had a healthy drink.

It sets up Western Australia for a potential thumper season of grain production, providing the rain continues throughout the year.

There was around 60mm near Geraldton, impressive tallies for a traditionally low rainfall zone, which took May rainfall at Geraldton Airport to 85mm.

Around Merredin, in the heart of the wheatbelt, falls were smaller, at only around 15-20mm, but there has still been a healthy 65mm for the month.

To the south, Albany received 80mm, taking its monthly rainfall to 180mm, while Esperance had 105mm for the month.

In the south the rain has been so relentless there have been some issues with waterlogging.

Kyran Brooks, agronomist with Nutrien Jerramungup, in the south-east, said there had been between 40 and 80mm in the local area.

"In the areas to the south of the town it is getting damp and there are patches with water lying in the paddock," Mr Brooks said.

"It is probably the wettest we've seen it at this time of year since 2016," he said.

However, overall, he said most crops would tolerate the moisture, especially early sown canola which has managed to get established before it got too wet.

"The canola has relished it really, the problem is probably getting out and getting the urea on that it needs," Mr Brooks said.

"It's been a really good start and while most farmers in the district would be happy with a few dry days we're happier having the moisture than not.

"That said, if we get another heavy rain before it has a chance to dry out things could get a bit interesting."

While WA has had a wet end to autumn, the BOM outlook is for a markedly higher chance of a drier than median winter for the majority of the grain belt.