Each cow is identified with its own neck collar from the age of one.

Israel is well-known for producing high-yielding dairy cows with excellent milk quality statistics, and indeed it exports genetics all over the world.

ISRAEL is well-known for producing high-yielding dairy cows with excellent milk quality statistics, and indeed it exports genetics all over the world.

Dairy cows within the country are kept indoors all year round to comply with government regulations and to protect them from the intense heat.

Therefore, proper rations that nutritionally meet the needs of the cows have to be formulated to maintain their condition and support high-yielding production.

Located in the north of Israel, Ramot Menashe dairy farm is home to about 1000 animals, including a milking herd of 500 cows, 450 heifers and 50 young calves.

Nestling at the edge of the Carmel Mountains, the farm extends to just three hectares and was founded in 1948 by a group of Jewish pioneers from South America as part of the Kibbutz settlements program. 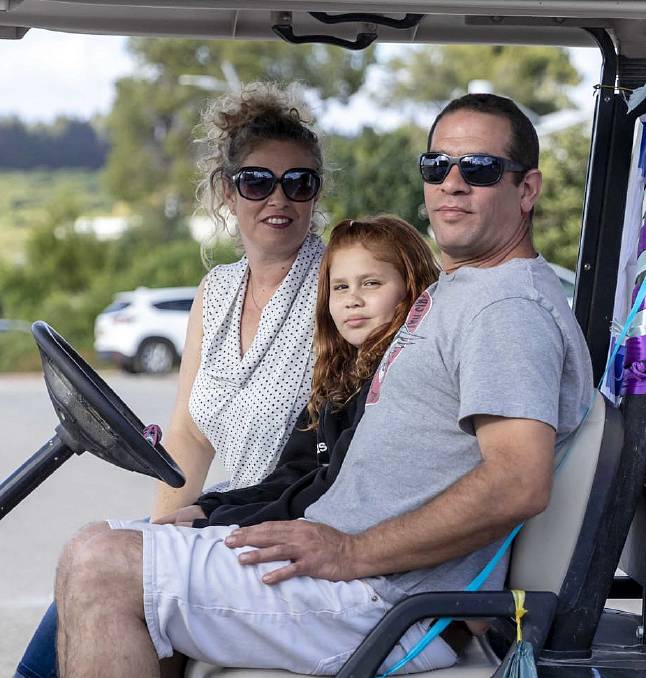 In Israel, milk production is planned and controlled by the government. Every farm has a yearly quota to produce milk for a dairy of its own choice and the price is set and adjusted quarterly. The overall milk quota in Israel is 1.5 billion litres, with a farm average each of 4 million litres. The price for 2020 was set at 1.92NIS (New Israeli Shekel) or AU$0.76 per litre.

During the COVID-19 era, Ramot Menashe dairy farm has been busy under the watchful eye of farm manager Edo Peleg, 42, and has plans to expand.

Mr Peleg, who has worked on the farm for the past 20 years, including the last 10 as manager, said: "The cows on the farm are mainly Holstein each producing 12,500 litres per lactation of 305 days, averaging 41 litres per day at 3.4 per cent protein and 3.9pc butterfat.

"They are divided in groups of 70 to 80 cows according to lactation and milked three times every day in a 44-unit Allflex parallel milking parlour.

"According to the environmental laws in Israel, milking cows are kept in closed barns and are not allowed to graze outdoors. With that in mind, we make sure the barns are sufficient in size and comfort for the animals.

"We allow 25 square metres of bedding per cow, 1m of feeding space each and 25cm of drinking space. Our barns have convertible roofs, which we use for air ventilation during the night in the summer and for drying the bedding during sunny days in the winter. 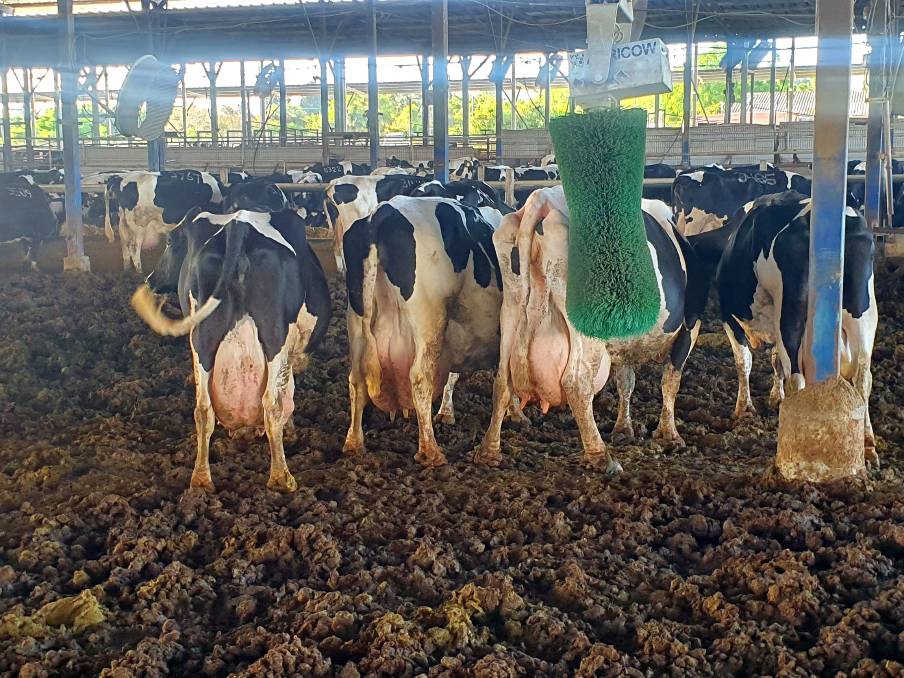 "The solid manure is stored during the winter and applied to the nearby fields as compost during the summer, whilst the liquid sewage is treated and used for irrigation of avocado plantations."

Mr Peleg uses a number of ingredients in a total mixed ration to feed the cows, He has just completed the farm's wheat silage harvest. Typically, the ration contains around 16pc crude protein for high-yielding cows in the summer and 16.7pc in the winter.

About 34-36pc of the total protein is from UIP (undegradable intake protein), and a large variety of protein sources are a common solution to cover the needs for different amino acids.

Under Israel's conditions of feeding, it is important to estimate the animal's requirement for NDF (neutral detergent fibre), which will allow normal rumen function. The use of intermediate feeds, such as wheat bran or orange peel, takes the amount of NDF to a total of 6 to 6.6 kilograms per cow per day (30-34pc of total dry matter), but with forage NDF not more than about 3.4 to 3.6 kg (17-18pc of total dry matter). 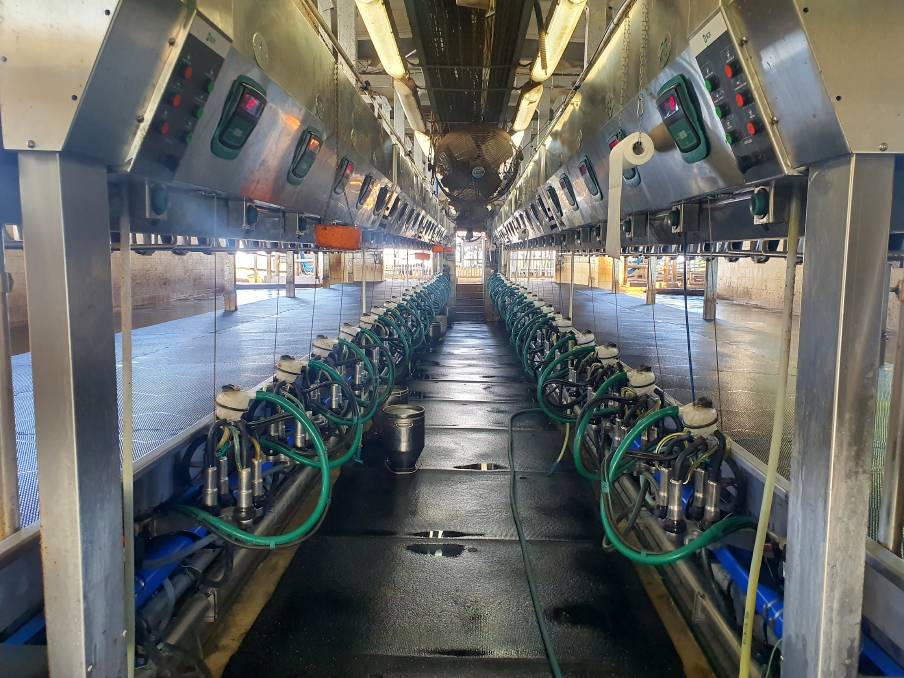 Cows are milked three times per day in a 44-unit rapid-exit parlour.

"Our ration is based on wheat and corn silages together with alfalfa and wheat hay, and we just finished making the wheat silage.

"The other ingredients are: soybean meal, sunflower meal, cracked or grounded barley and wheat, grounded corn and some vitamins and minerals.

"Our nutritionist visits once a month to prepare the rations and to adjust them to the current raw materials prices. I have four or five different feeds suppliers to choose from but the roughage foods are grown on the fields around the dairy owned by the Kibbutz.

"The different ingredients are mixed in a self-propelled mixer and delivered to the milking cows three times a day while the heifers and the dry cows receive food only once a day. We push the feed up 10 times a day as well." 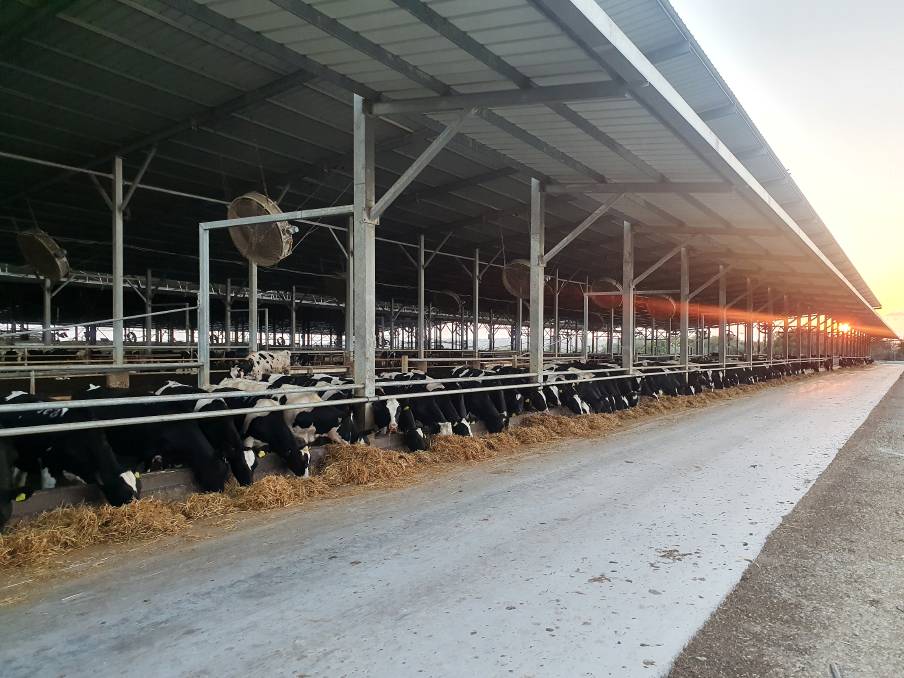 A total mixed ration is fed to the cows three times per day.

This farm uses semen from the top bulls in Israel and has also started using sexed semen to build up heifer numbers in the herd.

"The bulls are selected from a variety of top Israeli bulls or from imported semen.

"In the last three years we are using sexed semen on the maiden heifers and by that we are achieving 75pc females in the herd and easy calvings.

"Veterinarian services are provided by another company owned by the farmers called Hachklait. At the moment we have two scheduled vet visits during the week and a vet on standby 24 hours per day for emergencies.

"We have eight full-time staff on the farm including a feeding manager, maintenance manager, health and fertility manager, calves manager plus four milkers.

"Besides the permanent staff, we employ eight to 10 children aged 14 to 18 from the Kibbutz to help out on the farm during the weekends and vacations from school.

"This allows them to earn some money but more importantly to learn values such as responsibility, diligence, friendship and caring for animals. The farm offers them a second home and they are welcome to come whenever they want. Actually, some of them return later in life during university, between jobs or as permanent staff." Silage harvest has just been completed on the farm.

Mr Peleg is investing in new technology on the farm to increase efficiency and reduce labour costs using a number of different products.

"We try to bring new technologies onto the farm to improve results and efficiency," he said. "Right now we are using automatic manure scrapers in the barns, convertible roofs, ventilation and fogging systems ... and a milk taxi for feeding calves.

"The farm is covered with cameras and most of the systems can be controlled from afar online. The main technological support is given by Allflex as we use their neck collars on every cow and heifer from the age of 12 months to identify them.

"These also monitor the milk quantity and quality, daily activity, rumination and general health in the herd.

"In the future, we plan to expand up to seven million litres production and we are currently in the middle of building another dairy farm on a neighbouring Kibbutz, providing it with all the necessary services such as feeding, milking and managing.

"In addition to that we are investigating producing a unique line of dairy products straight from the farm so that we can control all of the value chain, according to the latest trends of farm to fork."