In 2000, the Hopper family decided to build their own processing and bottling plant, and so began Maleny Dairies. 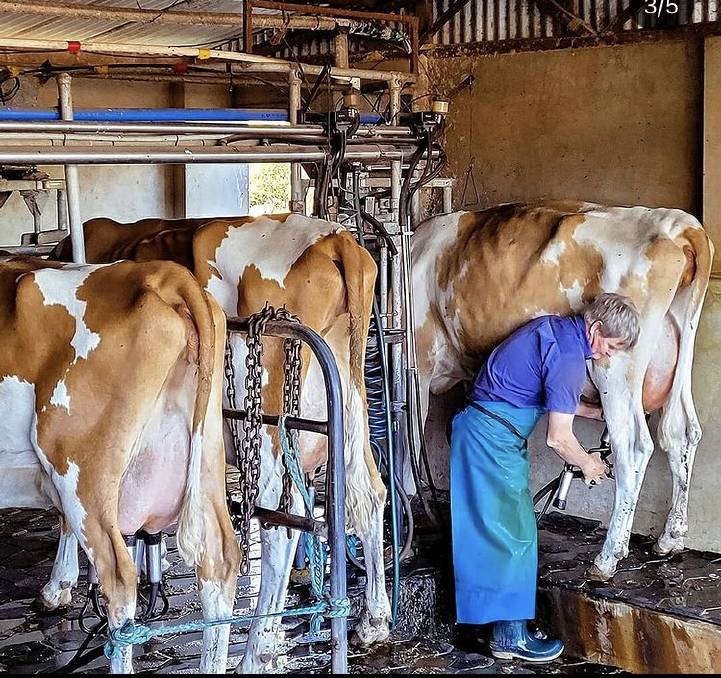 A switch to Guernseys was the key to Colin Gilbert continuing to dairy farm.

The Hopper family started farming their current property in 1948.

In 2000 with the milk industry being deregulated and forcing dairy farmers to leave the industry, the Hopper family decided to build their own processing and bottling plant to try and save the farm and hopefully other local farmers. This was the beginning of Maleny Dairies.

Ross and Sally, who are third-generation, bought a block off the family farm and started the factory while his brother Keith and his wife Sonya took over running the farm. Harold Hopper's Guernseys were always part of the mix with their beta-casein proteins, A2 protein and their unique creamy golden milk. The most famous cow Belladonna was a Guernsey world champion, breaking records in milk, butterfat and protein.

Ross said they were blessed to have started bottling Guernsey milk. When charging twice as much as supermarket milk, the milk must have a big difference. The components, taste and appearance Guernsey milk made the battle a little bit easier, he said.

The continued development of the factory and demand for milk from consumers saw the need to purchase milk from nearby farms in the Sunshine Coast hinterland to allow the business to grow. At the moment Maleny Dairies work with 11 farmers that supply milk to it.

More than 13 million litres of milk are being supplied to Maleny Dairies and this continues to rise with demand. Consumers are increasingly looking to buy locally produced milk, especially in the current COVID situation.

Maleny Dairies products are available at most stores across the Sunshine Coast, Brisbane and South East Queensland, with IGAs all over Queensland stocking from their distribution centre in Brisbane. The company also now has new shops coming online in Sydney.

In 2017 and 2018 Maleny Dairies was voted champions in the Australian Grand Dairy awards. Maleny Dairies also offers farm and factory tours six days a week. These can be booked at www.malenydairies.com/book-a-tour.

Ross said the business was always expanding, with a recent acquisition of a 222-hectare property in Peachester, Qld, that the Hoppers hope will be fully operational by June 2022, milking a target of 300 Guernseys.

At the moment, the herds that supply milk to Maleny Dairies are no all Guernsey but the Hoopers' future goal is to bottle milk mostly from Guernsey cows and use the other milk into the other products. 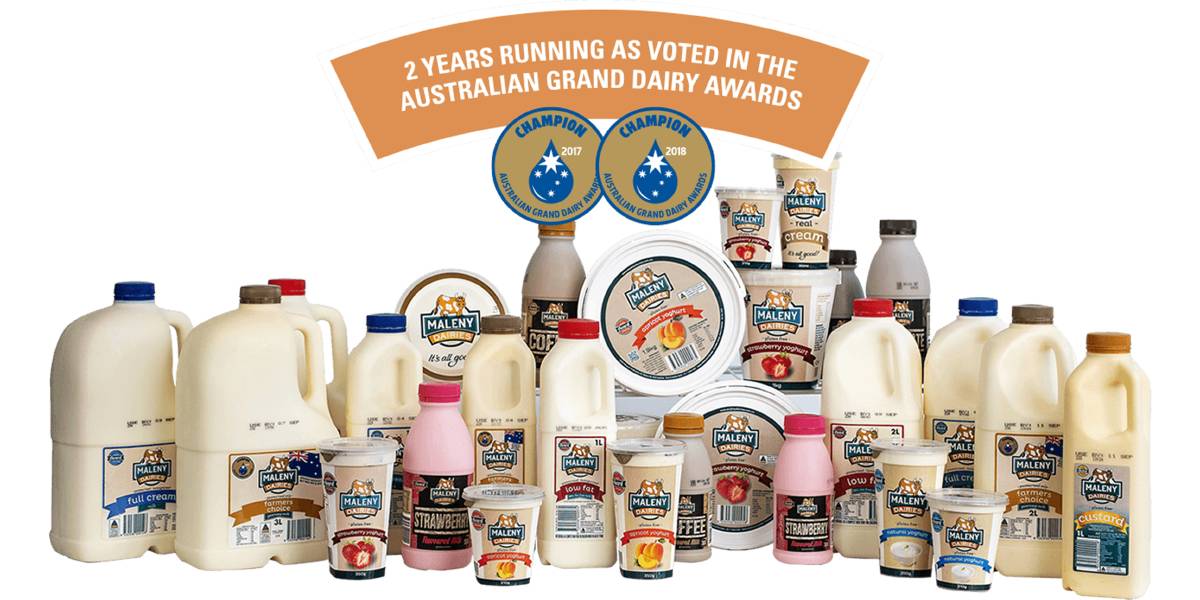 Mr Gilbert bought milk quota in October 1987, and in 1998 decided to buy a few Guernseys to add a bit of colour and improve the components in his herd.

However, after 10 years of deregulation, it was obvious that the factories were not prepared to pay him a sustainable price.

So at a crossroad in his life and with the dairying industry as it was, Mr Gilbert decided to take a new path and an increased interest in Guernseys developed, which resulted in an opportunity in supplying milk for a niche market.

This led to the subsequent dispersal of the whole Holstein herd in 2011 and enabled the Gilberts to rebuild as a total Guernsey herd. If not for this decision to switch to Guernseys, with their superior milk components, they say they would have left the industry 10 years ago.

Milk from the farm is now sold to three small family businesses.

The Grumpy Farmer makes full cream milk, lactose-free milk and skim milk from the Gilberts' Guernsey milk, as well as flavoured milks and pouring cream. In 2018 The Grumpy Farmer won the prestigious Delicious State Produce Award for their Guernsey milk. The Delicious Produce Awards are highly sought after awards judged by a panel of Australia's best chefs. These are awards that 'foodies' all over the country hold in esteem.