Dianne Love with her daughter Helen Bryce and granddaughter Chelsie on a hillside in the Tweed Valley affected by die-back. Normally tropical grasses are up to the second wire in this paddock. What has grown back is dominated by legumes and herbs.

Slow-moving pasture die-back, first noticed in Queensland in 2018, has been menacing parts of the Tweed Valley - reducing the body of summer-grown feed as winter arrives.

A year out from the first confirmed case of pasture die-back in NSW the mysterious disease is continuing to expand its territory on the far North Coast with leading authorities still scratching their heads as to its cause and prevention.

Pasture dieback, discovered "again" in Queensland in 2015, has been killing grass on the Love family's farms at Round Mountain in the Tweed Valley since 2018 and the scourge has dropped what would normally be a body of feed going into winter to leave pasture looking bare and burnt.

"It started in the drought, three years ago, first affecting broad leaf paspalum, then Bahia grass and Kikuyu," reported Dianne Love. "When it arrived it appeared as dark brown patches under trees growing on the hillsides and spread out from those canopies to eventually kill thigh high grasses on the flats - just as winter was approaching.

"We haven't had a frost here - we never do, said Mrs Love - whose parents ran a dairy on this country before she and Colin went into beef, breeding Simmental cross cattle fit for sub-tropical pasture.

Their country is usually understocked, and paddocks are never flogged but the disease has forced them to de-stock further, by one third.

"We usually have grass up to the second wire," said Mr Love. "But this just kills it and all that comes back are weeds. It's disheartening because you keep your paddocks as clean as you can. And through no fault of your own the grasses just keep dying." 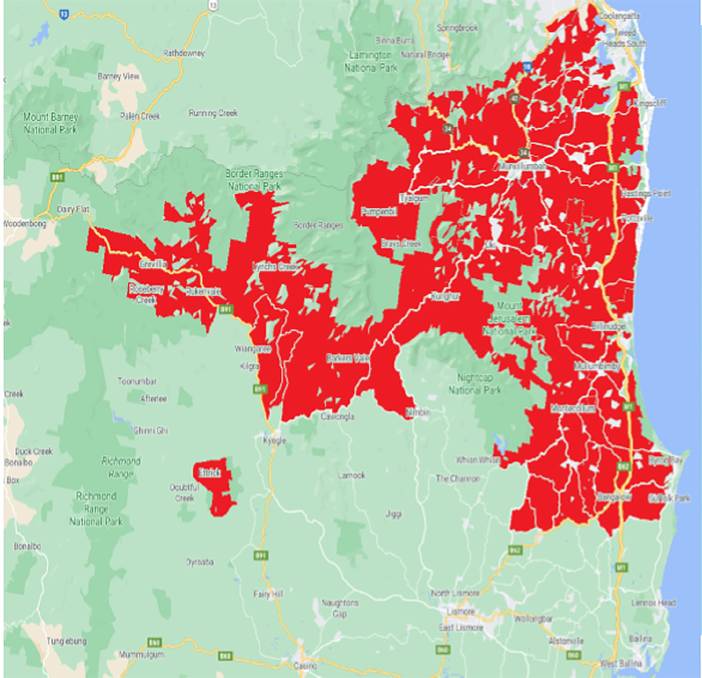 Local Land Services senior officer Nathan Jennings gave a presentation on the problem during a field day as part of Casino Beef Week on Tuesday and confirmed the die-back issue continues to perplex the best scientific minds.

Pasture mealybug and white ground pearl are two insect pests associated with the die-back but Mr Jennings says the jury is out on whether the bugs are the cause or merely the result of sick grasses.

"There is a tendency on the North Coast for this to start near trees on undulating to steep country but there is no real consistency on where it travels from here - whether that is up or downhill or across the terrain," he said.

Following die-back, which is rapid in wet months and much less in cooler and drier times, there is re-colinisation by legumes and herbs, which are not affected. Weeds like bladey grass and tobacco bush are also free to grow.

Mr Jennings says re-sowing with winter rye grass is an option as rye is not affected. Importantly, heavy grazing to remove biomass has been shown to slow the spread of die-back. Grazing cattle tend to avoid sick plants, he said.

The story Pasture disease on the move first appeared on The Land.