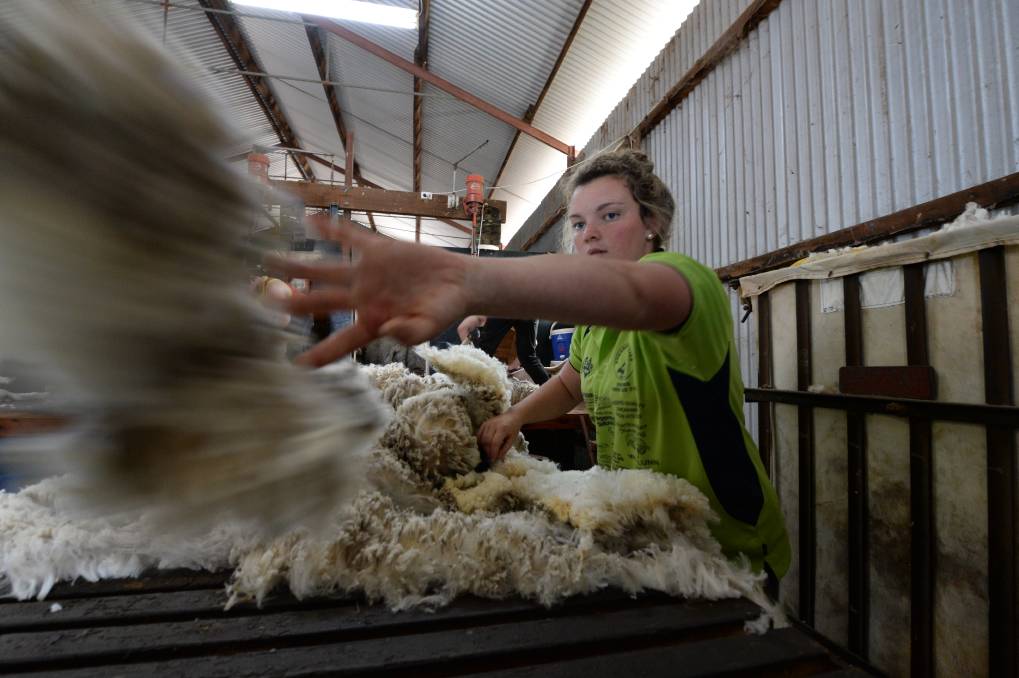 Every wool grower, classer, shearer and broker is involved in the fashion industry and it is hoped global consumers will back them post-lockdowns by buying work attire again.

A degree of optimism has emerged in the wool market recently on the back of signs of better demand and waning supply - at least temporarily.

Due to the Delta strain of COVID-19 causing some angst in more than one place across the globe, the boost in vaccination rates in Australia and overseas provides hope that consumers will be out and about to purchase all the garments that are coming out of production facilities in China, Europe, India and other corners of the textile world.

As a result, wool prices kicked up a notch at national auctions last week and this built on the solid achievements from the previous two selling weeks.

Having seen-off the surge in wool supply without too much collateral damage, the forward auction roster now indicates more typical offerings are to come - at least until the end of financial year surge hits the market.

So, there are essentially four selling weeks across which to spread these wools for those who prefer to receive their income next financial year.

Hopefully we will not see a 50,000-bale roster suddenly upset buyer karma again.

South Africa has now held its penultimate sale, and has just a single week of selling remaining this week before a two-month recess.

No doubt this was one of the reasons the Cape market rose quite strongly, experiencing an almost 4 per cent boost in US Dollar prices.

The Chinese government rebate for Cape Wools, and the higher proportion of certified clips, no doubt also continues to facilitate the premiums there.

The Australian market finished almost 2 per cent higher. But with six weeks to go before its auction recess, there is less reason for buyers to panic.

But late last week, there seemed to be a few signs emerging that the basis has gone far enough.

Some new inquiry for 19.5 to 21.0-micron Merino from China would indicate that the inevitable closing of the basis is about to occur.

Whether this is achieved by superfine prices coming down, or medium Merino prices lifting further is obviously the question - and, for the coming week, prospects for both categories look positive.

But the futures market seems to indicate that, in the longer term, medium Merino prices will lift and superfine prices should ease somewhat.

Medium Merino indicators were up by 20c/kg cents in Melbourne and a bit less in Sydney and Fremantle, where prices started the week slightly higher anyway.

The fact that wool prices in Fremantle, which held its sale last and has a week off this week - finished higher than the east coast is generally regarded as a sure sign of continued strength for the market in the coming week.

Crossbred wool values lifted at last and, although there is no real sign yet of these coming back up to levels of a couple of years ago, exporters were able to sell a box here and there - which provides a glimmer of hope that recent falls will not continue.

New Zealand growers had widespread competition in their market to push prices up by 5 per cent last week.

But this was coming off such a low base, that the wool income per sheep is still yet to cover the cost of shearing.

But, given the widespread markets operating - from the UK, to Europe, China, India and Australian carpet mills - the trend will hopefully continue.

Knitwear still continues to be the garment of choice in the current collections, and this has been driving wool purchasing activity all the way back along the processing pipeline.

Some meek inquiries for worsted fabric, however, are starting to emerge from traditional markets, such as the USA.

Again, it might be a little simplistic - but convenient - to point to the COVID-19 vaccination rates in the USA compared to other markets and suggest getting people back into wearing woollen suits are linked.

There is a drive by most leaders of large municipalities to try something to start getting feet back onto city streets again.

If people need to be well-dressed - and hopefully wearing sustainable, natural fibres - to attend the office and meetings again, that will be welcome news for the worsted fabric manufacturers who have endured a particularly long COVID-19 recession.

At the same time, it released a report into Australia's fashion industry published by EY.

This highlights the significance of fashion to the Australian economy.

The EY study found that, through all aspects of the fashion industry, its economic contribution to the economy is about $27.2 billion.

The link may be a little tenuous, but arguably every woolgrower, classer, shearer and broker is also involved in the fashion industry.

Every bale of Australian wool, and certainly every kilogram of Merino fibre, ends up in the fashion industry as clothing of some type.

After all, Australia supplies more than 80 per cent of the world's apparel wool - which is clothing - and the report was commissioned to investigate textiles, not just fashion as it appears on a catwalk.

So, with all due respect to the EY report authors, if we were to add the greasy wool export value of $2 billion, and the 100,000 people employed in producing, harvesting and exporting the fibre, the numbers grow significantly.

We look forward to another strong week of sales this week, with slightly stronger prices at the Australian "fashion" auctions.