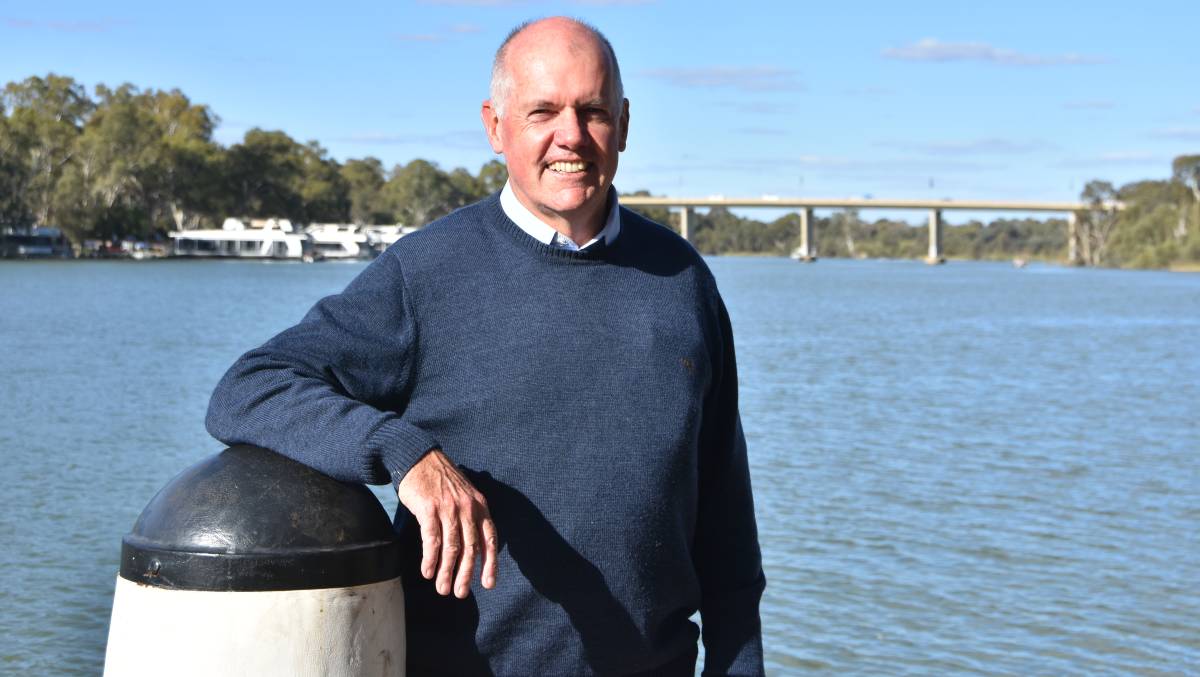 The Department of Environment, Land, Water and Planning is proposing changes to operating and trade rules to mitigate against unacceptable impacts from delivering water from the Goulburn to the Murray River.

The Victorian review came from concerns delivering water from the Goulburn to the Murray system caused significant environmental damage to the lower Goulburn River between 2017 and 2019.

Speaking on an Agriculture Victoria webinar, Mr Keogh said carryover rules, intervalley transfers, conveyancing and storage losses were all areas, which had a potential impact on the water market.

"But we don't have quick fixes associated with them," Mr Keogh said.

"They need a real focus and determination to address them."

Mr Keogh said many authorities associated with the Murray-Darling Basin - including governments - seemed to be "fairly reticent" to move on such challenges.

"In reference to the Goulburn-Murray trade review the Victorian government is undertaking, it's a very careful and considered approach, looking at potential reforms that might be needed.

"That's the sort of thing we need to happen, in relation to a lot of these rules.

'"It needs that focus and attention to keep moving forward, rather than being put on the never-never."

"We are pretty comfortable with recommendations," Ms Donald told the webinar.

"They are very consistent with the principles that have underpinned market development in Victoria, and across the Basin, for many, many years."

The ACCC had identified the balance between efficiency and the benefits to markets, but always with the view of 'no third party impacts' for the environment or other participants.

But Ms Donald said the big question was in the timing and implementation of the recommendations.

"It would take about a decade to implement the heart and soul of the ACCC's recommendations," Ms Donald said.

"There are no next steps, with implementation and funding.

"More than 90 per cent of the recommendations are going to require co-ordination and work across the Basin states, so there is a long way to go to sort all that out."

The recommendations would see "locked in" legislative reform for some years.

"It will see a little bit of navel gazing, I am being provocative, in institutional stuff and that will not change anything for on ground water users.

"The work is quite ambitious, but we appreciate it is a roadmap, of reform, over time."

Victoria was committed to building the "next generation" of water registers, something Ms Donald said was a huge undertaking.

"That will shift even more of the application process, on line," she said.

Victoria would also be working on broker oversight, ahead of a national approach.

In its Water Markets inquiry, the ACCC found the $1.5 billion a year Murray-Darling Basin market had outgrown the frameworks that govern it.

The ACCC found markets needed major changes if water users and the economy are to benefit from open, fair and efficient water trading.

It said regulatory oversight of water market brokers and investors was inadequate and recommended a single overarching authority to oversee water trading.

"We think the markets, as they operate now, have some major deficiencies," Mr Keogh said.

'They are very complex and the result is considerable uncertainty, and a lack of confidence, by those who participate."

There was also a sovereign risk, from sudden government changes to legislation governing the Basin.

"Market information is fragmented, and neither timely nor comprehensive, when compared with wool and beef markets or the Australian Securities Exchange," Mr Keogh said.

"It's very poor by comparison."