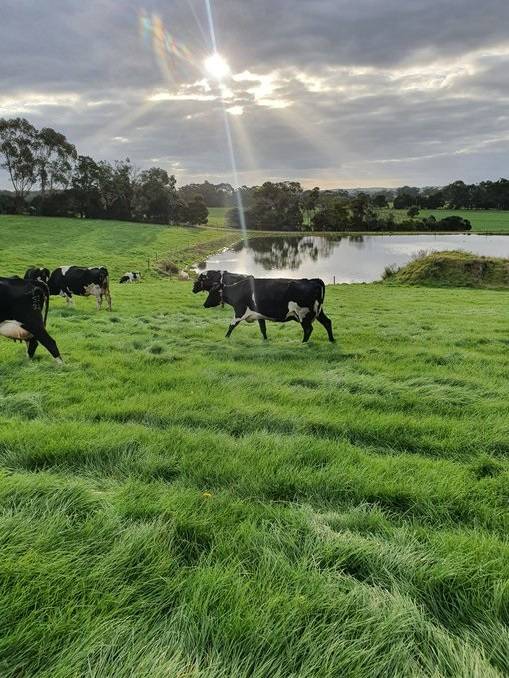 Dairy farmers have given a mixed response to a processors' race to secure milk supplies, by outbidding each other after setting an initial price.

Timboon's Nick Renyard said the price war was an unintended consequence of the Code.

"The race is on a bit - but, at the end of the day, they put out the headline price and you really have to look at the detail as to how it's going to affect your farm," Mr Renyard said.

"I've seen income estimates for our own farm from a number of different places and some run into many, many pages.

"It's good they do it

"But they clearly have money in reserve they could have put up front, in the first place - they've been holding out."

Stony Creek farmer Doug Hanks said factories trying to outbid each other made a "mockery" of the Dairy Code of Conduct, particularly when it came to Fonterra and Saputo.

He said farmers were told the Code would make processors come out with a minimum price, for the next financial year," Mr Hanks said.

"So either they have no idea of their product mix or cost or there is more profit in processing than what they make out to be.

"Why have a code, if for the next four weeks they will continue to shuffle prices around to match the others?"

He said Saputo and Fonterra were only there to make money for themselves.

"Yes there is a scramble to secure milk and they will need to continue to pay higher prices or start shutting down factories," he said.

He said Bega's purchase of Lion had given the processor additional revenue, to put back into milk prices.

"'And, of course, with the shortage of milk, no company wants to be exposed to be the one on the bottom," Mr Jackson said.

"There's competition in a shrinking market with exports now at 30 per cent of current milk volume.

'If there were no imports of dairy products into Australia- and milk production at eight billion litres - we would be self-sufficient.

"What's driving it is most of milk is sold on the domestic market and companies are not exposed to some of those commodity markets that didn't pay as well."

He said the good prices were long overdue.

"It's great to see farmers have a bit of confidence, because when milk prices are better, farmers can invest, they can afford staff - because everything works when you are getting a reasonable price for your milk.

"For years, farmers didn't do some of the natural maintenance and replace equipment, so there is always a bit of a catch up from low prices to decent prices, but we are going into a third year now, of better prices and that's a great thing for the industry."

Forcing companies to come out early, in a shrinking market, meant the processors "can't go out too light."

Matt Glennen, Dixie, near Terang, supplies Bulla and said the processor had stepped up, because of competition.

"It was good to have their price early but a lot of us, including myself, were disappointed it didn't have a seven in front of it," Mr Glennen said.

"It's disappointing they didn't put their best price, up front - but we are an input cost to their business, so they want their product as cheap as possible."

He said he felt the early release of prices indicated the Dairy Code was working well.

"It shows by the processors all having to come out before, or on the day, they can't really play as many cat and mouse games as the used to," he said.

"From a competition point of view, it's great for us farmers - milk production is only going to keep dropping and we have come off two good seasons

"We'll be back to normal, at some point in time," Mr Glennen said.

'Milk production is going to drop by five to 10 per cent, so I think for those who are left, there are some pretty good reasons to stick at it, from a pricing point of view."