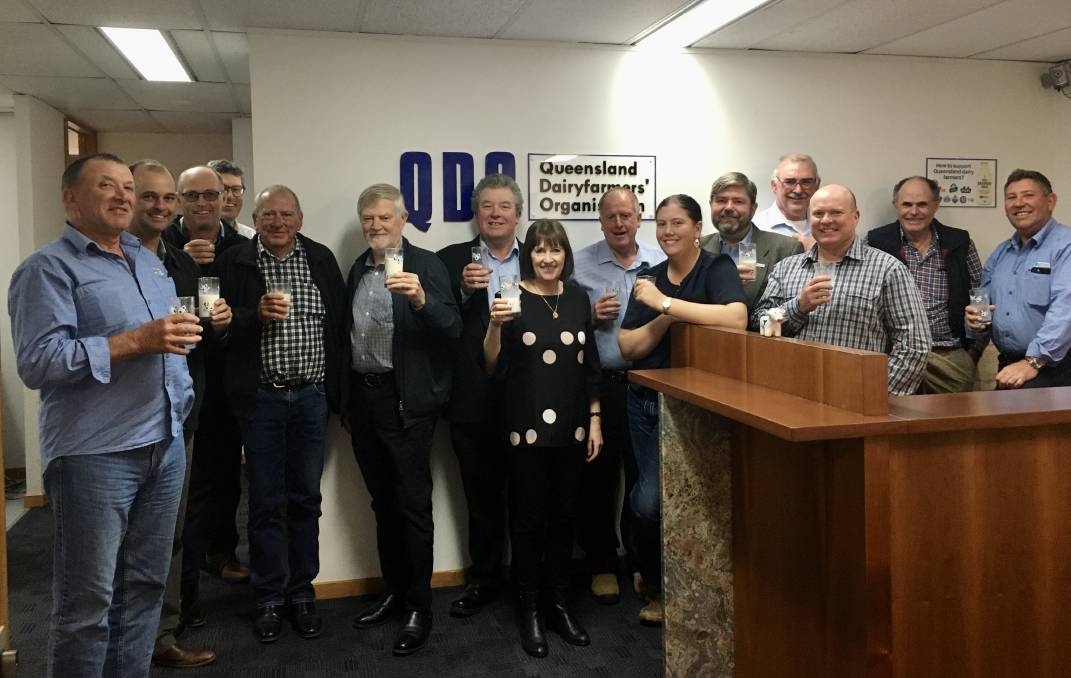 Dairy Connect board and farmer group members meeting with the QDO board and members on World Milk Day, June 1, 2021, in Brisbane where discussions regarding a merger of the two organisations was discussed.

Dairy Connect and QDO discuss teaming up to provide a more powerful voice for farmers.

Dairy advocacy groups in NSW and Queensland are in talks about teaming up to provide a more powerful voice for dairy farmers in both states.

Representatives of both groups held productive and positive talks on working together when both groups met in Brisbane on June 1 to coincide with World Milk Day.

According to Graham Forbes, the two organisations hoped to prove that when industry leaders worked together, more dairy producers would engage with facing industry issues and challenges in a collaborative and collegiate way.

"The greater the number of members, the stronger we are in our advocacy before government and other stakeholders," he said.

"While NSW Farmers Association dairy committee was engaged in initial discussions, they have decided not to continue their participation."

Dairy Connect CEO, Shaughn Morgan, said there was still work to do on the merger between the two organisations, but they were finding strong common ground and a firm commitment to represent dairy farmers in a robust manner.

"We are looking at options regarding structure of a new dairy farmer industry body and determining the priorities for the next three to five years, but it will be our members who will have the final say," he said.

"We will be seeking member and non-member feedback during July so that we can progress to the next stages of a united single body comprising Dairy Connect and QDO.