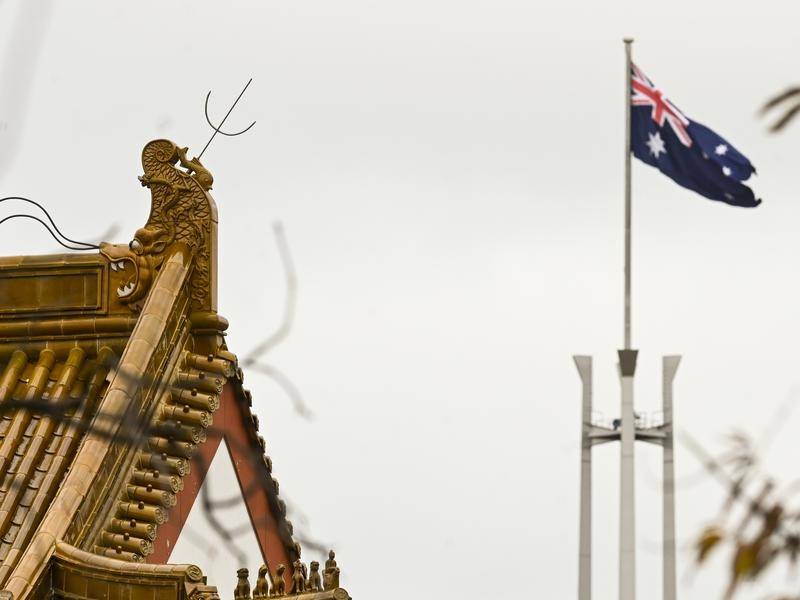 WE CAN HELP: Australian business leaders want to help repair our strained relationship with China.

Australian business leaders are keen to lend a hand to repair diplomatic ructions between Australia and China.

Australian business leaders claim they have been silenced on China and want to help repair the relationship.

He has highlighted the destabilising behaviour ahead of the G7 summit in Cornwall, England, and called for an overhaul of the World Trade Organisation to make the international umpire more effective.

But the prime minister has been unable to contact his Chinese counterpart in more than a year and the diplomatic freeze shows no signs of thawing.

Mr Morrison said Australia was ready and willing to restart talks but re-engaging was a matter for China.

He said China had raised a range of political grievances Australia was not prepared to back down on but argued that should not present an obstacle to resolving trade disputes.

"We're very happy to engage with them but that is really a matter for China. Australia is providing no barrier to any dialogue with China," Mr Morrison said on Thursday.

Michael Clifton from the Australia China Business Council said restoring ties with Beijing would be a diabolically difficult task.

Mr Clifton welcomed a declaration of support from Japan against China's coercive behaviour towards Australia, along with other international efforts to rein Beijing in.

However, he said direct engagement between Australia and China would be just as, if not more important.

"Multilateral action is great but so too is bilateral action and our challenge is to find a way to get China back to the table," Mr Clifton told ABC radio.

He acknowledged Australian ministers had persistently tried to contact China and been shunned at every turn.

"I just don't think we can afford to give up, we have to keep trying," he said.

"It is diabolically difficult and I certainly won't pretend to have the answer but business wants to be part of the process of finding that answer.

"At the moment, it's fair to say business is being asked to line up as part of a 'Team Australia' approach, on a unity ticket with the government in support of the government's position."

Mr Clifton said business leaders had been scared into silence, fuelled by the perception a divide between the Australian government and industry leaders would be seen as a win for China.

Anyone who dared to speak out would also have their loyalty and motives questioned.

He said business leaders were keen to make a quiet contribution, arguing a diversity of opinions and voices might help craft a better outcome.

"But there is a willingness to do it behind closed doors, to talk quietly about these very, very delicate issues."

But he warned attempting to do so through the World Trade Organisation was a slow process and companies did not have the luxury of time.

China has imposed trade tariffs and bans on more than $20 billion worth of Australian exports.