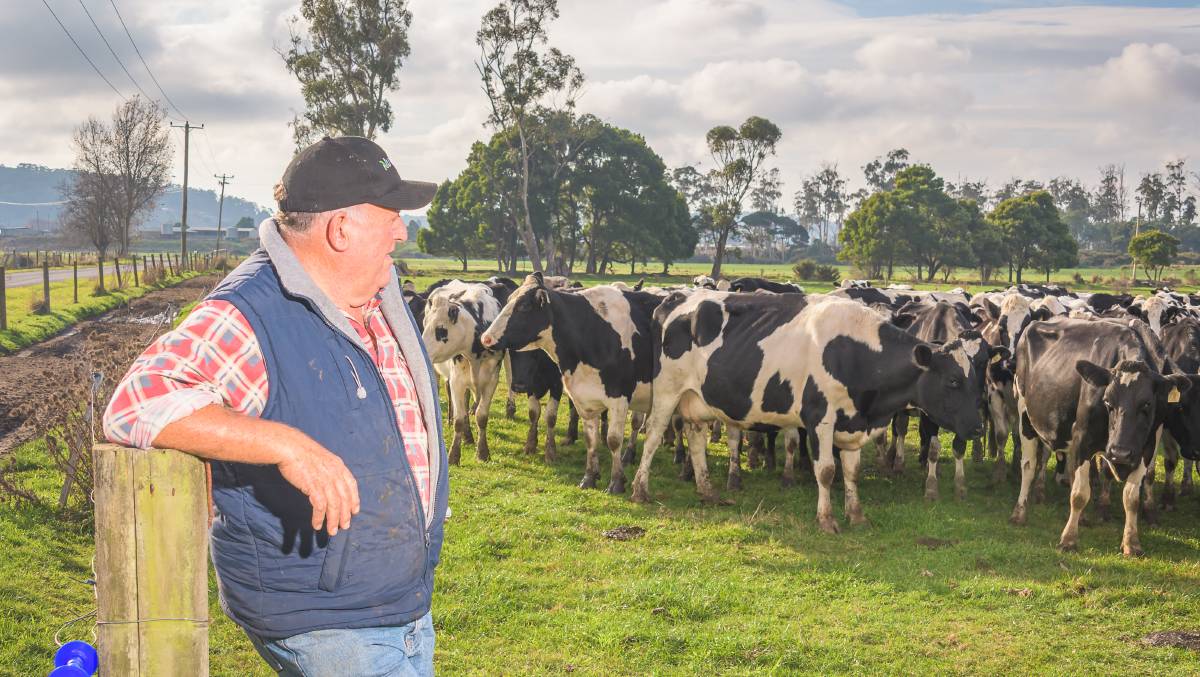 BACK ON TRACK: Latrobe dairy farmer Michael Perkins ahead of the fifth anniversary of the 2016 floods. Picture: Simon Sturzaker,

When floodwaters swept through the Latrobe township it destroyed livelihoods, claimed a life and changed the fabric of the town.

When floodwaters swept through the Latrobe township it destroyed livelihoods, claimed a life and changed the fabric of the town.

Last Sunday marked the fifth anniversary of the event that tore the town apart but saw the people band together to build it back up, with unlikely bonds forming along the way for it to become to the place it is today.

Dairy farmer Michael Perkins is "staggered" it has been five years since he lost 100 stock to the floodwaters on Shale Road.

"It has probably been the busiest for the people that live and farm on the river," he said.

"It is all back to normal again largely, there are still tell-tale signs that we have had a massive flood, but it has been a good five years since then.

"Farmers are resilient and there is no way to go but forward, so you have to rebuild and get back on top of things and that is what everyone has done from Mole Creek to the Bluff in the Mersey catchment."

He couldn't put a figure on the financial loss the flood caused his family business, but said losing the cattle was the hardest thing to deal with.

"Not only because they are our animals, but it is our business and we need them to milk and for stud sales," he said.

While the possibility of history repeating itself crosses his mind it is not something Mr Perkins allows himself to worry about because "otherwise it would do your head in".

"We become a little nervous of course," he said.

"We have flood warnings that are published and we watch them closely, but at the end of the day turning out each time to shift cattle to higher ground isn't possible. You have to make a balanced decision as to whether you do that." 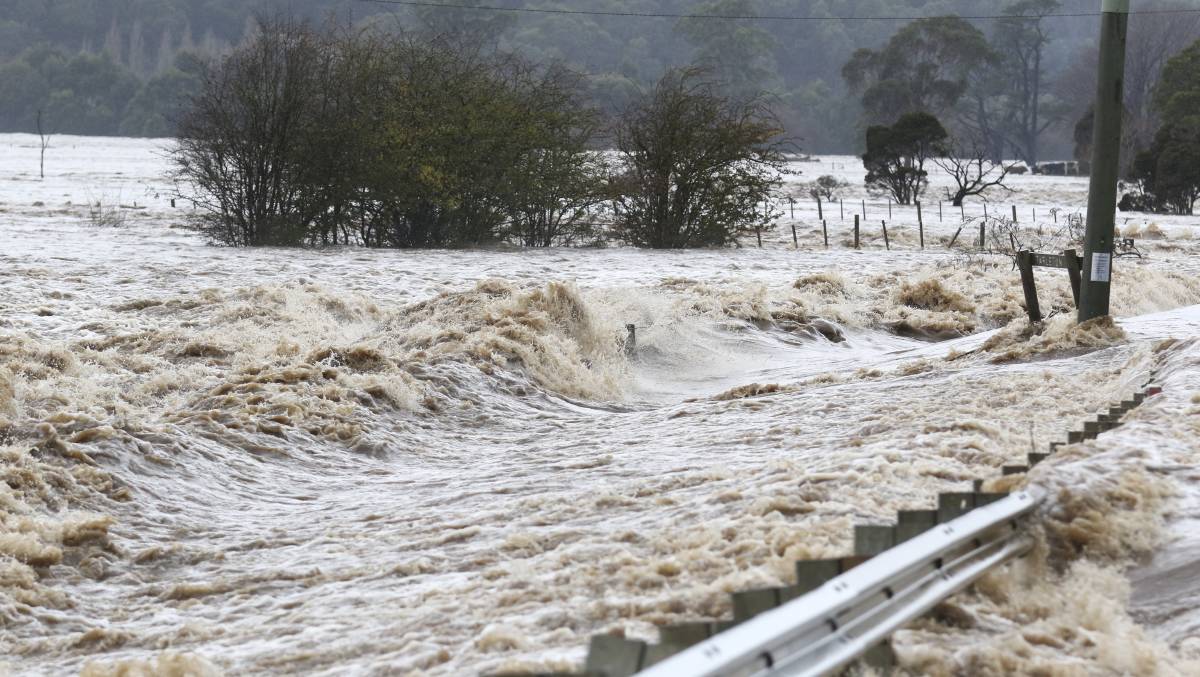 UNRELENTING: The floodwater at Latrobe on June 6, 2016. Picture: File

In the aftermath of the floods one of the hardest things for Mr Perkins to deal with was criticism from the general public about how farmers managed their properties.

"People were saying, 'Why didn't farmers move cattle?' but we didn't have any warning," he said. "That was foolish of people to say that. We have half a million dollars of cattle and have been breeding them for up to 90 years, so it is stupid to think we would put them in harms way."

In his lifetime Mr Perkins has lived within a one kilometre radius and has never considered moving on.

"It is our home and where we intend to be for my lifetime and hopefully my kid's lifetime," he said. "It is our home, we have put too much into it to just bail out."

For Latrobe resident Kathryn Bramich the long-term impact the flood would have was difficult to grasp at the time.

It wasn't until a year later that she was able to move back into her home, but she counts herself lucky that she was covered by insurance unlike others.

It was the worst time of my life and it is the worst thing to have happened to me. - Kathryn Bramich

"It was the worst time of my life and it is the worst thing to have happened to me so far," she said.

"I didn't understand when I waded through the water what the impact would be. I was out of my home for a year. Every time I went down to the house I saw another thing devastated by the flood.

"In one way it is like it was only yesterday and to think five years has gone past that is unreal."

When she reflects on the time it's the community spirit and work from dedicated volunteers that shines through.

"For me the main thing is the community spirit. It is a wonderful township and you had people you don't know coming to help," she said.

"I don't think any of us will be here to see the next one, it is one of those 50 or 100 years events, but it has made everyone more aware and knowledgeable."

For Latrobe Mersey River Caravan Park owner Gavin Imlach the willingness of the community to get stuck in is something he will never forget.

The flood water pushed everything that lived in a backyard in town into the park from rubbish bins to firewood and trampolines.

When the water receded Mr Imlach didn't know where to start, but before he had time to figure it out the Latrobe Football Club turned up with cars, trailers and trucks ready to help.

"They spent two hours there and when they left there wasn't a scrap left and that gave me the momentum to keep going," he said.

"That was the most stand out thing that happened." 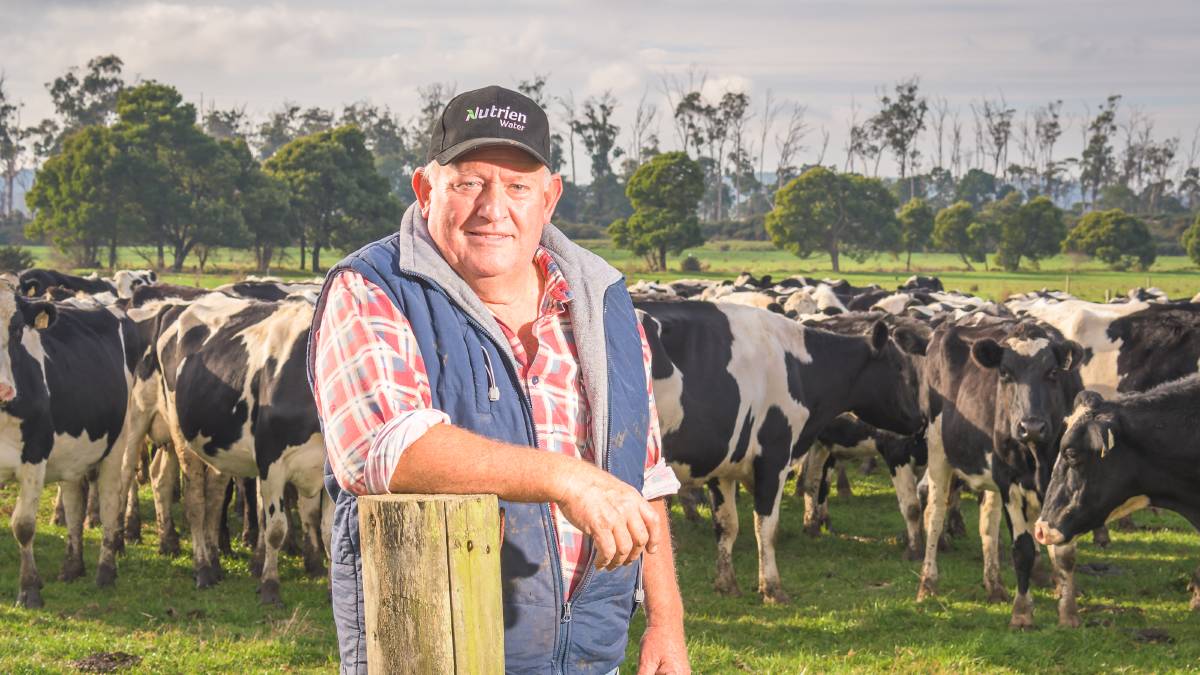 Since the flood some existing homes have been raised above the flood level as part of a push to build back better.

Latrobe Mayor Peter Freshney said the council were pushing forward with the flood mitigation project which is expected to cost more than $12 million, rather than the initial estimate of $4.467 million.

The federal government and Latrobe Council have committed $4.67m to the project, with the state government "expected to commit to the final third in the very near future," according to Cr Freshney.

"While there have been obvious risks associated with the delay in constructing the flood mitigation project, council's priority has always been to ensure that extensive due diligence would ensure that the project provided the protection that our community deserves," he said.

The council has a letter of intent with local company BridgePro to construct the mitigation project.

The first stage of the project is expected to start in October 2021 and take about six months to complete.

Further into Latrobe and on the southern side of the Miles Ford Bridge, pre-formed concrete panels or earth mounds are being explored as levee options.

"Council has engaged one of the world's most experienced hydrology consultancy firms, Entura, to validate these options and provide an assurance that either option will protect the township from a flood like that of 2016," Cr Freshney said.

"On receipt of that information, further conversations will be held with affected property owners and the wider community.

"Additionally, council is actively reviewing the future of the CBD precinct and the potential impact of flood mitigation works on future development in that space.

"The intent is to ensure there is no detrimental impact on the potential growth in the CBD, protect the existing built infrastructure in that area and of course, to provide capacity for future development."

The story Five years on from the Tassie floods first appeared on The Advocate.