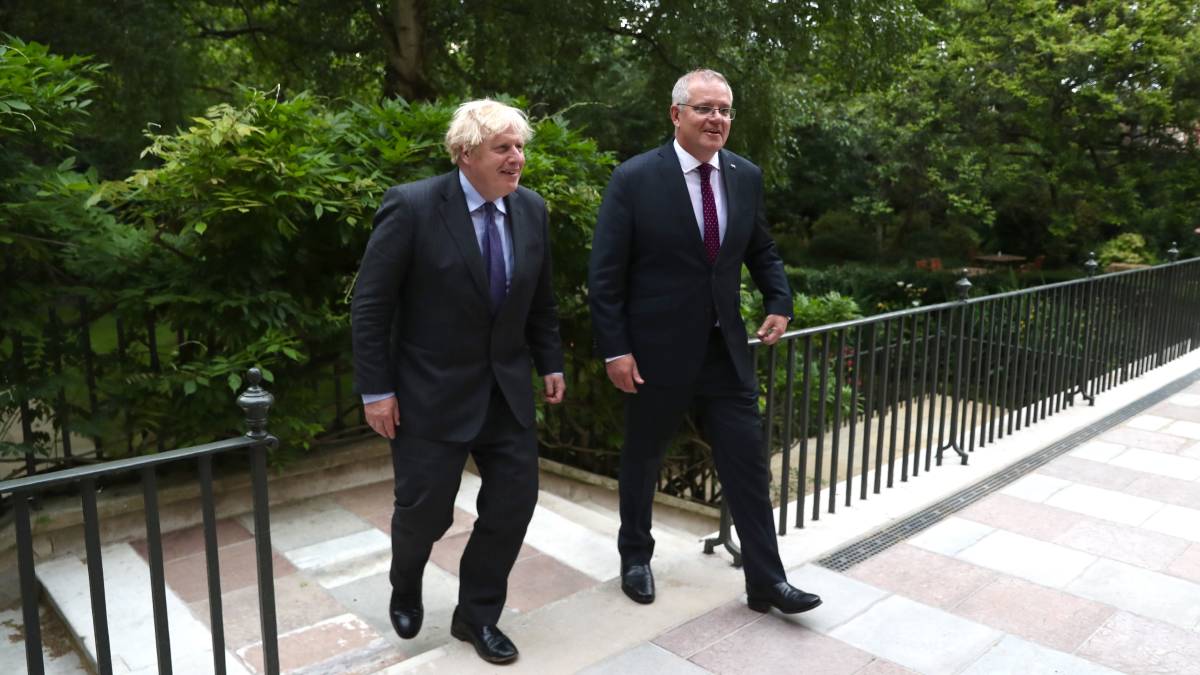 Once the UK-Australia free-trade agreement is officially ratified, 99 per cent of Australian goods will be enter the UK duty free.

AUSTRALIAN products will be able to freely flow into the United Kingdom, with tariffs on red meat, wine, sugar and dairy all dropping over the coming years.

Once the UK-Australia free-trade agreement is officially ratified, 99 per cent of Australian goods will be enter the UK duty free.

The agreement was announced by Prime Minister Scott Morrison and his UK counterpart Boris Johnson in London this week.

The deal has been structured to include a transition period for Australian agricultural products, with a staggered drop of UK import taxes.

Beef tariffs will be eliminated after 10 years. Australia will have immediate access to a duty-free quota of 35,000 tonnes, rising in equal instalments to 110,000 tonnes in year 10.

In the next five years, a safeguard will apply on beef imports exceeding a further volume threshold rising in equal instalments to 175,000, levying a tariff safeguard duty of 20 per cent for the rest of the calendar year.

A safeguard will also be applied to sheep meat during the next five years, which will rise to 125,000 tonnes in equal instalments, levying a tariff safeguard of duty of 20pc for the rest of the calendar year.

Tariffs on sugar abolished over eight years. During the transition period, Australia will be able to export a duty-free quote of 80,000 tonnes, rising by 20,000 tonnes each year.

Dairy tariffs will be eliminated over five years. During the transition period, Australia will have immediate access to a duty free quote for cheese of 24,000 tonnes, rising in equal instalments to 48,000 in year five. Australia will also have an immediate duty-free quota for non-cheese dairy of 20,000 tonnes.

Australia has scrapped the rule requiring UK citizens on one-year working visas to do 88 days of rural work to extend their stay.

There were fears this would take about 10,000 seasonal workers out of an already strained workforce.

However to fill the gap, the government announced an agricultural visa that will be available to many South-East Asian countries.

Mr Morrison said the deal was among the "most comprehensive and ambitious agreement that Australia has concluded".

"The only one which comes into close connection with that is the arrangement we have with New Zealand," Mr Morrison said.

UK farmers have raised concerns that they will struggle to compete under the deal and the market will be flooded with Aussie products.

Mr Johnson was asked if UK farmers had been sold out in the agreement.