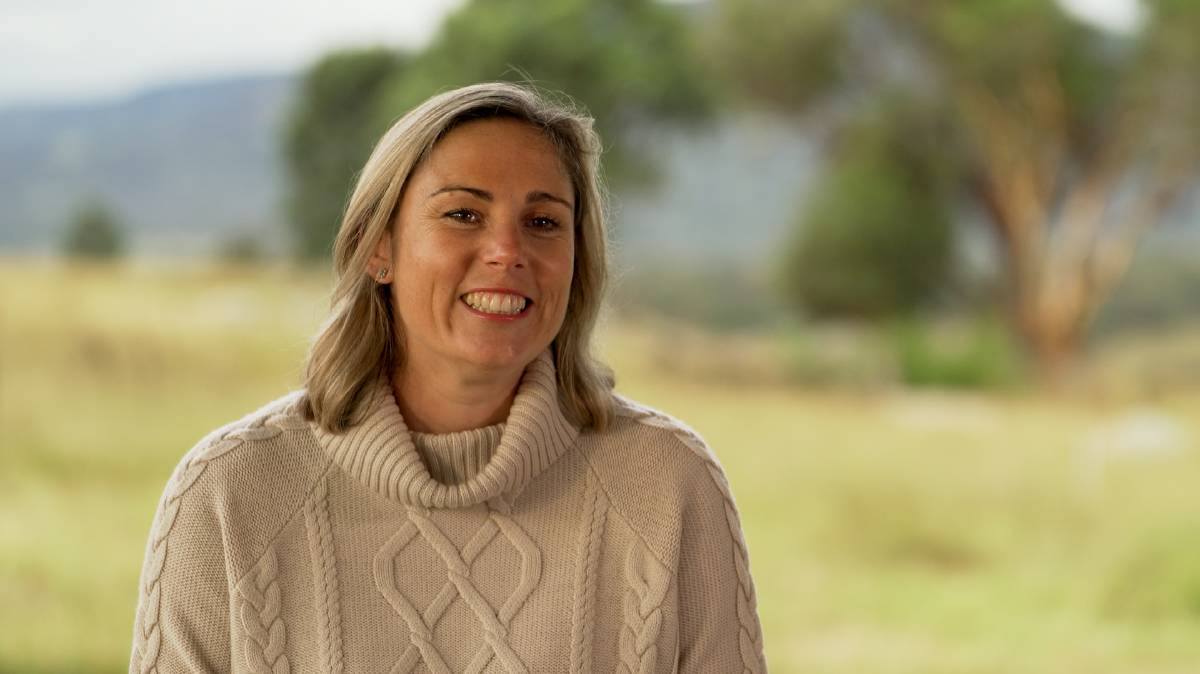 Uralla wool producer Jess Webb was profiled in the Women Behind Wool podcast.

For NSW wool grower Jess Webb, being featured in the Women in Wool podcast came as a surprise but she grabbed the opportunity.

For NSW wool grower Jess Webb, being featured in the Women in Wool podcast came as a surprise but she grabbed the opportunity.

Jess and Hamish Webb, along with sons, Walter, 3, and Angus, 1, run a mixed sheep and cattle enterprise at their 1417 hectare property, Myanbah, outside Uralla.

With a marketing and agribusiness background, Ms Webb also sits on three boards, including that of Fleece to Fashion, a New England-based awards program celebrating wool fashion.

"You look at the calibre of women on the podcast in that you've got celebrities like Catriona Rowntree and absolute veterinary heroes in the likes of Dr Meredith Sheil who invented Trisolfen... these innovations and these sorts of people that you are in awe of," she said.

"From a wool fashion perspective it was a really good opportunity to promote Fleece to Fashion, which plays a really unique role in promoting wool and getting young and new designers to want to experiment with wool."

This year's Fleece to Fashion from September 11-12 is already shaping up to be one to remember, with the gala awards to be held at the iconic octagonal Deeargee Wool Shed, a choice made to give the comeback the "wow factor" and to communicate about the industry in a memorable and authentic way.

"What's more memorable and authentic than the fashion parade in amongst the wool shed that still smells of lanolin and will probably have fresh sheep manure down below... it is an actual working wool shed and a property that produces some of the best wool in Australia," she said.

Before buying Myanbah in 2019, the Webbs crunched the numbers and made the deliberate decision that wool-growing would be part of their operation, driven by factors including the increasing global demand for wool, improved predator management and better prices.

The couple both came from woolgrowing backgrounds (him from Muttaburra, Queensland and her from the Flinders Ranges, SA) and chose the Armidale region for its accessibility and for being somewhat equidistant between their home states.

They currently run a couple of thousand dry Merino sheep while focusing on improving the infrastructure on the property and improving their pastures.

"We are about to commence a soil carbon project in the New England, which involves conducting soil testing, baselining and we will then eventually look to increase our soil carbon levels that will then convert into carbon credits," Ms Webb said.

"There are production benefits from improving soil carbon, like improved water-use efficiency, which ultimately means better pasture. We also know now there's a market for carbon so we'd be mad not to look at that as another revenue stream for our business, one that's complementary to our grazing and livestock strategy but also environmental management and stewardship."

Eventually they plan to breed their own flock, but first want to improve their fencing to cope with predators and better understand the strengths and limitations of their land.

"Bringing sheep down from Western Queensland has been part of our current model and that has been quite good," she said.

"We just wanted to test that theory before investing in a breeding flock to know what sort of sheep would do well."