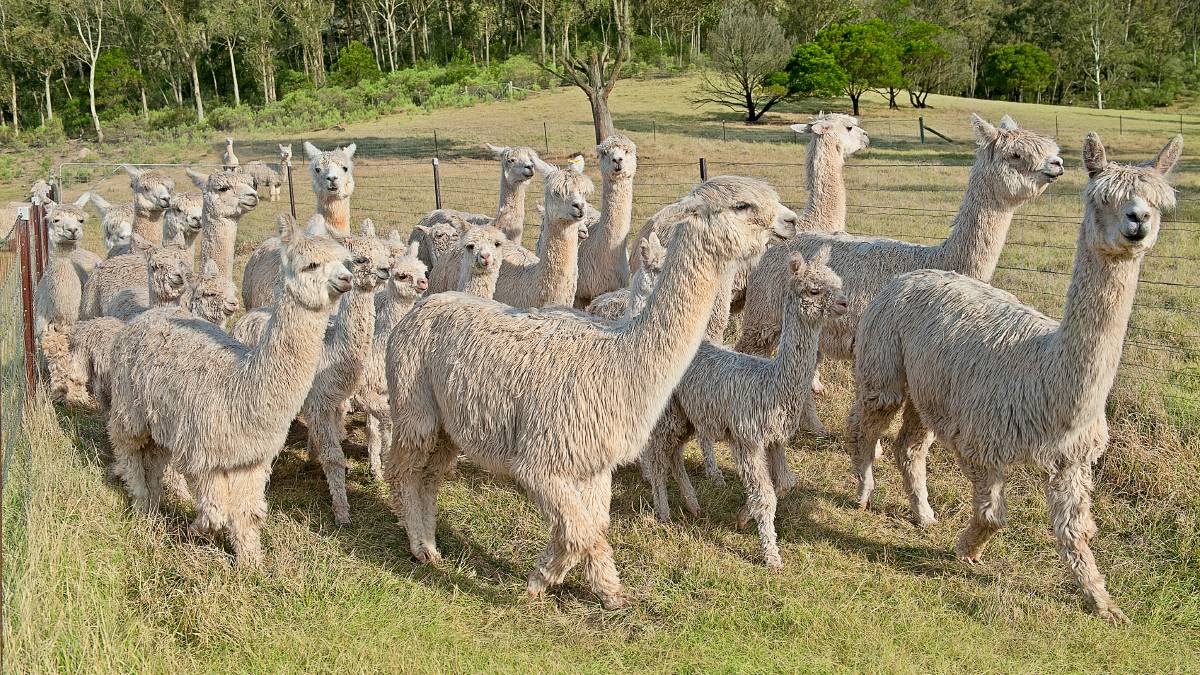 Australian alpaca producers will have new export opportunites, following the opening of trade with Chile.

Highly sought after Australian alpaca genetics will have new export pathways following the opening of trade in alpacas with Chile.

Highly sought after Australian alpaca genetics will have new export pathways following the opening of trade in alpacas with Chile.

Australian Alpaca Association vice president Prue Walduck said the move came after about 12 months of negotiations and was a positive step for the Australian alpaca industry.

"Some of the very first alpaca imported into Australia back in 1988 actually came from Chile and now some 33 years later Australia will be exporting alpaca back to Chile," she said.

"It's fair to say that during that 33 year period since the original alpacas came into Australia from Chile, Australian breeders have been able to leverage off the knowledge of the wool industry, with Australia now being regarded as producing some of the best genetics in the world with the high demand for our alpaca fibre.

"The opening of trade into Chile also creates a trade pathway into the EU, where there is the highest demand for our premium studstock."

Head of Biosecurity at the federal Department of Agriculture, Water and the Environment, Andrew Tongue, said the export of alpacas would provide Chile access to quality Australian genetics and help improve Chile's national herd.

"Australian animals and fleeces are now ranked among the world's best with Australian alpaca fibre used in high fashion garments, as well as knitwear, blankets, doonas and even carpets," Mr Tongue said.

"Health certification requirements are the foundation for trade in animals and this agreement means we can continue to build on trade opportunities as we work to revitalise our primary industries.

"Close collaboration between the department and the Australian Alpaca Association has ensured that the agreement meets the biosecurity needs of Chile without placing undue burden on or costs on Australian exporters.

"This is a significant new market for Australian livestock with the potential to provide support to this niche but valuable industry and bring real returns to producers at the farmgate."

Ms Walduck said the previous trade pathway for alpaca into the EU was through New Zealand, but that closed in 2018.

"Our industry estimates there's been a loss of trade of in the vicinity of about $5.1 million, so we're very excited about the opening of the trade pathway with Chile," she said.

"We're also working with the Department of Agriculture, Water and the Environment to get direct access from Australia into the UK.

"Discussions probably started at the beginning of this year with our counterparts in the UK."

However current international travel restrictions mean it could be a while before any alpacas get in the air.

"We'll have to wait for the availability of direct freighter flights from Australia to Chile but at least we now know that once those restrictions ease and there are more flights, we are able to leverage off it," Ms Walduck said.