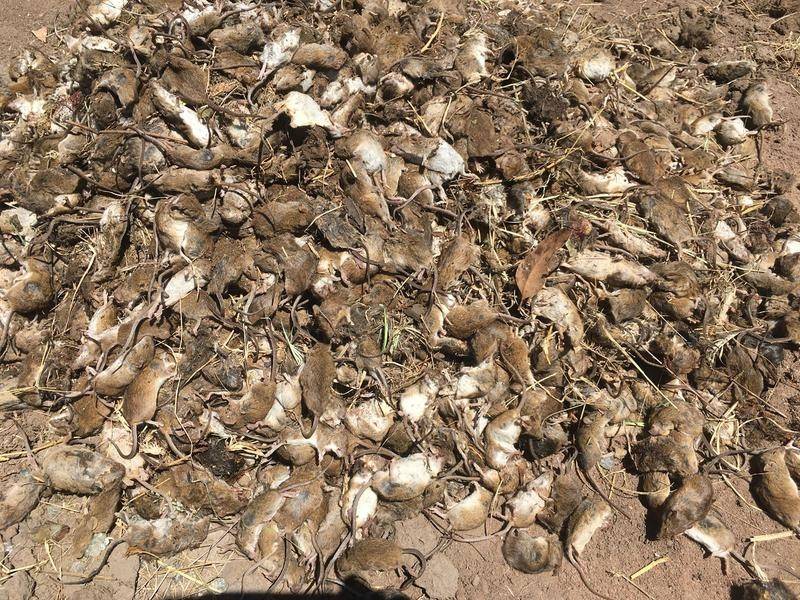 STINKING PLAGUE: A mouse plague has been wreaking havoc across swathes of rural land in NSW and Queensland.

Federal Environment Minister Sussan Ley is open to legalising a new poison which could potentially decimate mice numbers along with non-target species.

Australia's environment minister is open to legalising a controversial mouse poison in a bid to "napalm" rodents plaguing farms.

The NSW government has applied to the federal pesticides regulator asking for urgent approval of bromadiolone to control mouse populations.

But leading scientists have warned the chemical could cause risks to the environment and other animals because it stays in the body after mice die.

Federal Environment Minister Sussan Ley said she did not have any concerns about the poison's potential impact despite few countries approving it for agricultural use.

Ms Ley, who represents the rural NSW seat of Farrer, said there were horrific stories from people affected by recent mouse plagues.

"The images are dreadful. Mice chewing the baby's cot. Mice all over the face of their children," she told the National Press Club in Canberra on Wednesday.

"Mice eating the insides out of their electrical equipment and the smell of mice - impossible to get rid of.

"I challenge anyone to live in an environment like that and not say 'for goodness sake, give me the tools to do something about it'."

"It'll be the equivalent of napalming mice across rural NSW," he said at the time.

The plague wreaking havoc across swathes of rural land in NSW and Queensland is estimated to have cost $1 billion in lost farm production.

Labor's agriculture spokeswoman Julie Collins has urged the federal government to do more on the national stage.

Acting Prime Minister Michael McCormack angrily accused her of not visiting the affected areas in northern NSW to see the devastation first hand.

The federal Nationals leader also lashed animal activists PETA for suggesting the rodents should be rehomed instead of killed by farmers.

"(The mice) should be rehomed - into their inner-city apartments so that they can nibble away at their food and their feet at night and scratch their children at night," Mr McCormack told parliament.

Agriculture Minister David Littleproud said none of his state counterparts had raised more federal action during a ministerial meeting on Tuesday.

"Mr Marshall, in fact, did not turn up, and no other minister even raised the mice plague, because there is an understanding and there is an appreciation that this is their responsibility," he said.

"They are sovereign governments with the responsibility and the resources to deal with it but we will support them."