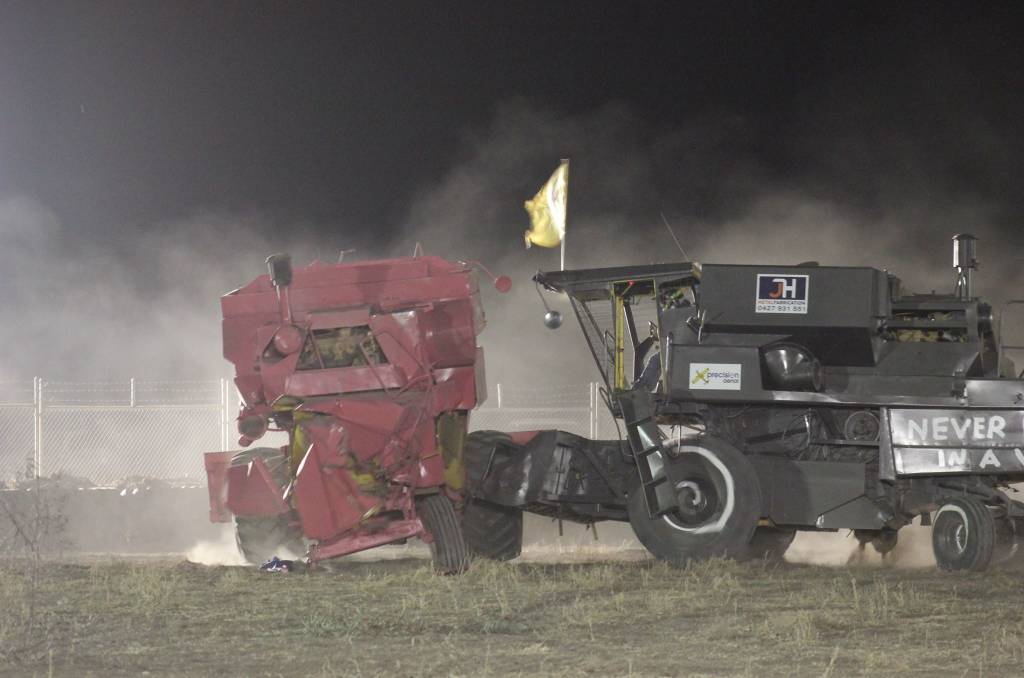 A novel demolition derby pitting headers against cotton pickers will be back for this year's Mungindi Show.

A demolition derby involving cotton pickers and grain harvesters has proven a big winner for a small show society on the NSW-Queensland border.

Mungindi Show Society president Stacey Garsed took her idea for the novel demolition derby to her committee members before the 2019 show.

She feared they would reject her suggestion as "hare-brained" but they were supportive and four machines trundled into the arena under lights and pounded the tripe out of each.

The big crowd was delighted and the demolition derby will be back for this year's show on August 7 and 8 with two cotton pickers and three headers expected to do battle.

Ms Garsed said everybody was "super excited" to have both the show and the demolition derby back after last year's event was cancelled because of COVID. The 2019 demolition derby was won by Charlie Tootell, base manager and head of flying operations of Precision Aerial at Mungindi, driving a New Holland header painted black.

Mungindi Show Society is now in the running for an innovation award from the Agricultural Societies Council of NSW (ASC).

ASC president Tim Capp described the demolition derby as an event like no other in NSW. 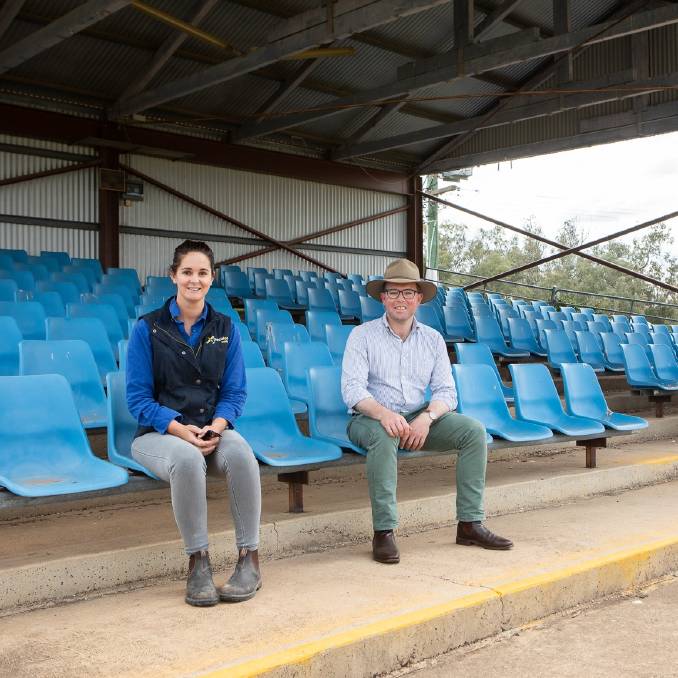 "The show society wanted to give the community an enjoyable event to lift spirits while also promoting local cotton and crop growers who provide their machinery and time to support the annual show," Mr Capp said.

"They invented the header and cotton picker demolition derby and it was a huge attraction, generating increased gate takings."

The other finalist for the $3500 award, which will be announced at the weekend, is Blayney Agricultural and Pastoral Association.

(Footnote: Mungindi and Blayney shared the award and the $3500 prize).

Ms Garsed said she hoped Mungindi's success would encourage other show societies to do something similar to add new interest to their events.

This year's show will also lift community spirits after Mungindi's only supermarket, butcher shop and clothing store were destroyed in a fire last September.