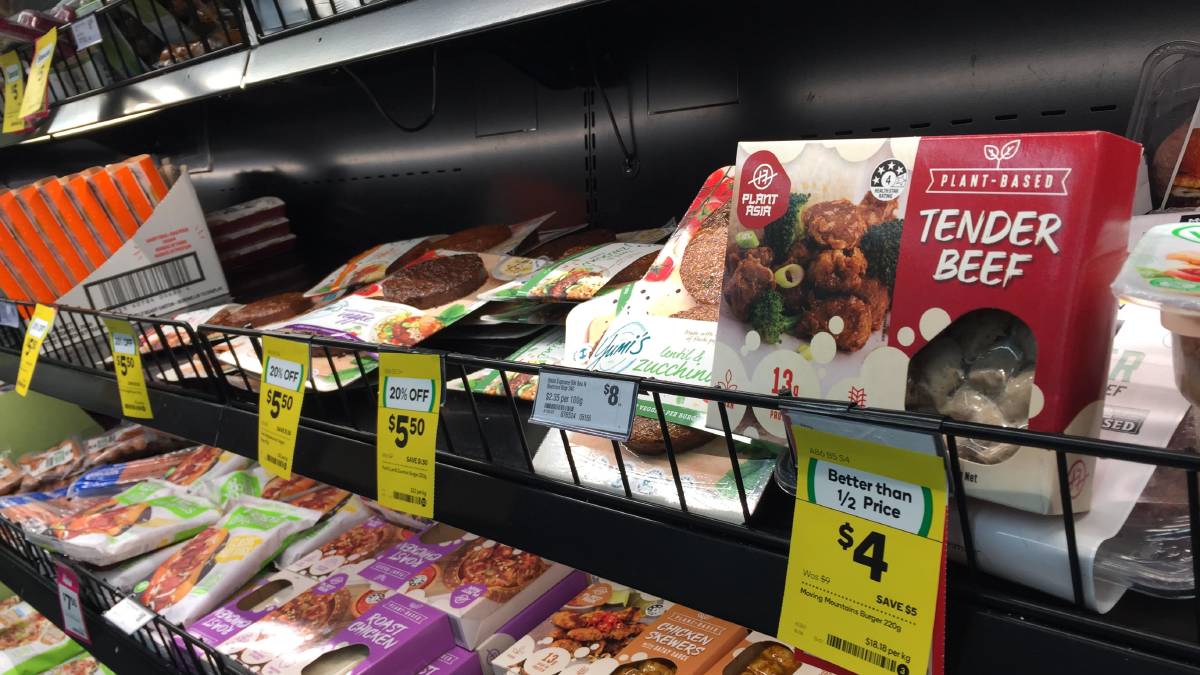 Debate continues over truth in labelling where vegan products are tagged beef or meat.

LIVESTOCK producers say it's not just the unfair 'piggybacking' on the strong reputation of red meat that is happening when plant-based food manufacturers use the label 'beef' and 'meat'.

That hard-earned reputation itself is being put at risk.

At the same time, marketing consultants say coat tailing on beef shows a lack of customer insight on the part of alternative protein makers.

Businesses all the way along the red meat supply chain have thrown their support behind a senate inquiry investigating truth in labelling where the makers of fake meat products are using terms like beef, meat and mince on food which contains no animal protein.

The Red Meat Advisory Council has been lobbying hard for a crackdown on the commonplace practice of using terms like 'tender beef' or 'braised beef' as the prominent name for a product that actually contains no beef but rather a long list of plant-based and chemical ingredients.

Chair John McKillop said manufactured plant-based proteins were ripping off the reputation for high quality, nutritious, safe food that the Australian meat industry had built over generations of investment.

Producers have taken to social media in droves to try to raise awareness of the issue among consumers.

They've warned about duplicitous marketing, false advertising and even the possibility of serious ramifications from the marketing practice.

"Wait for the first lawsuit when some poor innocent buys what they think is beef and has an allergic reaction to the ingredients in that fake meat," Lyn Duncan, Mount Sturt, wrote.

"Plant-based product makers are getting a free ride off all the investment our industry and our producers have made to make the word Australian beef so respected," he said.

But that wasn't the biggest concern. Dilution of that hard-earned reputation for quality was, Mr Hill said.

"Australian beef is all about high quality. Our champion carcases are won and lost on less than 0.1 points," he said.

Steven Dix, Ag Marketing, believes it is a strategy that shows a lack of consumer insight.

"Vegans and vegetarians have made a conscious decision not to eat animal protein and all research shows they actively seek out information about the food they purchase," he said.

"A product touted as meat is not what they find appealing.

"They don't have to be told 'this in an alternative'. They are actively seeking that alternative out themselves.

"It would make far more sense to push the food they are interested in - call it high protein super veg or come up with a catchy and unique lentil label.

"It's as if they don't even talk to their target customer. Certainly, it's a strategy that is not making the connection with the psychology behind the vegan movement.

"And it could actually be offending vegans, many of whom don't even want to go to the meat cabinet in a supermarket."

Mr Dix said the emerging alternative protein business needs to move on quickly from attempting to convince consumers their products have the taste and texture of beef.

"They never have, and never will, and frankly their target market does not want that," he said.

"The only way forward is to build their own brand."