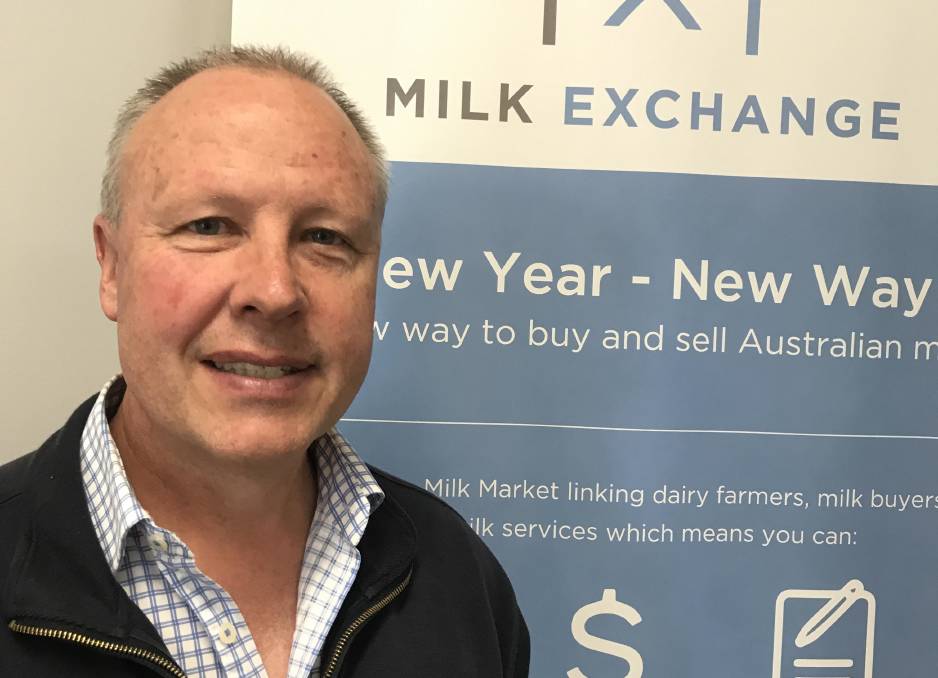 CHANGING ENVIRONMENT: Richard Lange says in the past two weeks, processors have changed opening prices multiple times for next season.

The opening milk price bidding war has created uncertainty for the Milk Exchange's farm milk auction, which again failed to clear any product on Wednesday, June 16.

Milk Exchange general manager, commercial development Richard Lange said it was expected by now that farmers would have a clear picture of the milk prices for next season, which would set expectations for the auction and lead to trades.

"Instead, the auction had a stand-off with more bids within a tighter price range," he said.

"Over the past two weeks, processors have changed opening prices multiple times for next season.

"This traditional off-market method of announcements and offers appears to have left farmers inundated and struggling with offers from numerous emails and calls from processors."

The Milk Exchange will hold another farm milk auction on Wednesday, June 23, with the new season to start on July 1.

Farmers and processors will need to have supply contracts signed by that date.

Mr Lange said the Milk Exchange seemed to be the best way to go for processors - rather than having to make multiple contacts with suppliers with traditional milk offers.

The average offer price from milk suppliers was $7.51 a kilogram milk solids in Victoria and $9.54/kg MS in NSW.

The spread (gap) between average offer prices and average bid prices was $0.58/kg MS in Victoria

Six new bids were made on 33 per cent of the milk volume on offer, with eight bids active from the previous event.

"Whilst the spread (gap) remained a barrier to settlement, what appeared to be out of reach two weeks ago, seems to be only slightly above market expectation," he said.