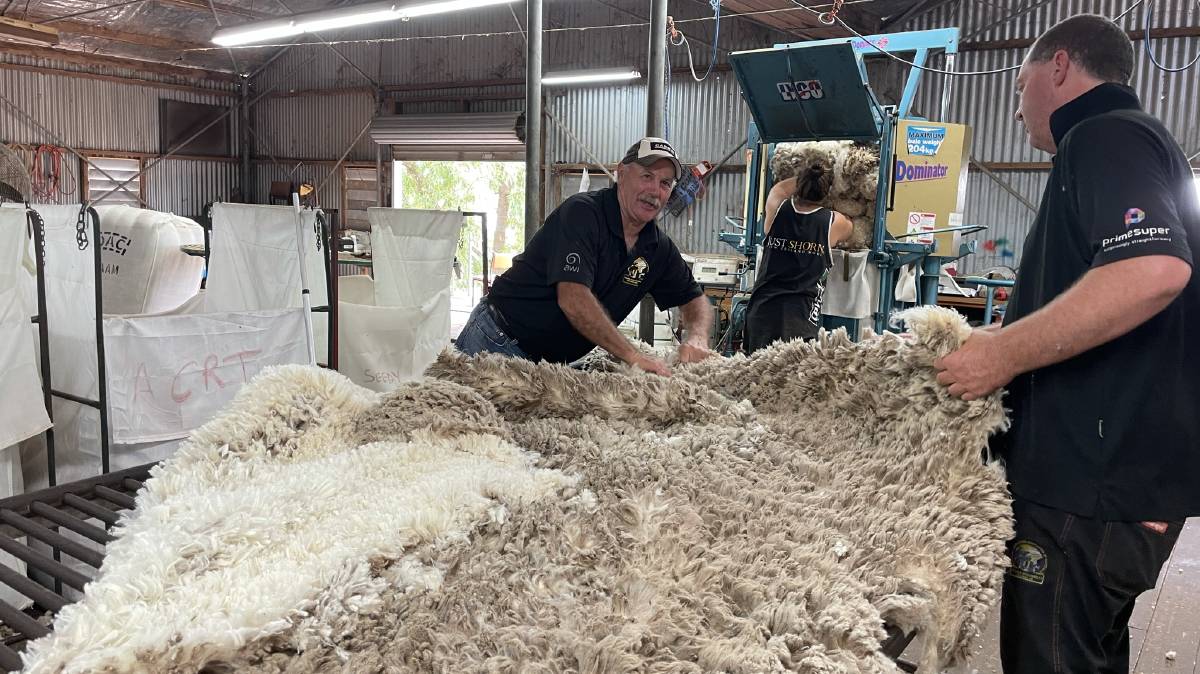 Australia's wool harvesting industry has had a boost of new talent thanks to the COVID-19 pandemic meaning fewer New Zealand shearers coming into the country.

Australia's wool industry has had a boost of new talent thanks to the COVID-19 pandemic.

Industry representatives say the pandemic had opened up opportunities for the industry to get stronger, with shearing schools taking on strong numbers of students amid the shortfall of New Zealand shearers coming across to work.

Shearing Contractors Association of Australia's Shearer Woolhandler Training executive officer Glenn Haynes said since the pandemic struck, there had been a strong uptake of people reskilling to work in the shearing and wool handling industry.

Mr Haynes said the number of participants in their Vic shearing courses had doubled from 2019 to 2020, with 106 people going through training in the first six months of 2021.

"The retention rate from shearing courses up until last year was about 30 per cent... last year between 60-70pc were retained in the industry, mainly because there were the job opportunities there for them to actually get put on a stand," he said.

"I'm based in Naracoorte... normally within a 100-kilometre radius of me we would have three or four learners in a year, last year in the spring, at one stage I had 35 within a 100km radius on the SA side and nearly the same on the Vic side," he said.

"If you can imagine those lads that were only shearing 80 or 90 a day in the spring last year, they're going to have another full 12 months under their belt come this spring and they're all shearing upwards of 140 now.

"We get a lot of people who come to the agricultural industry because it's an essential service... I've had girls and guys say to me that they have house or car payments and they need to be in something where they're not getting shut down or locked out all the time.

"At the school in Geelong, there's one that's done Cert III in electrotechnology to one in hairdressing... but all these people say that they want to go into the industry at the end of the school because they've all lost their jobs or back to two days a week." 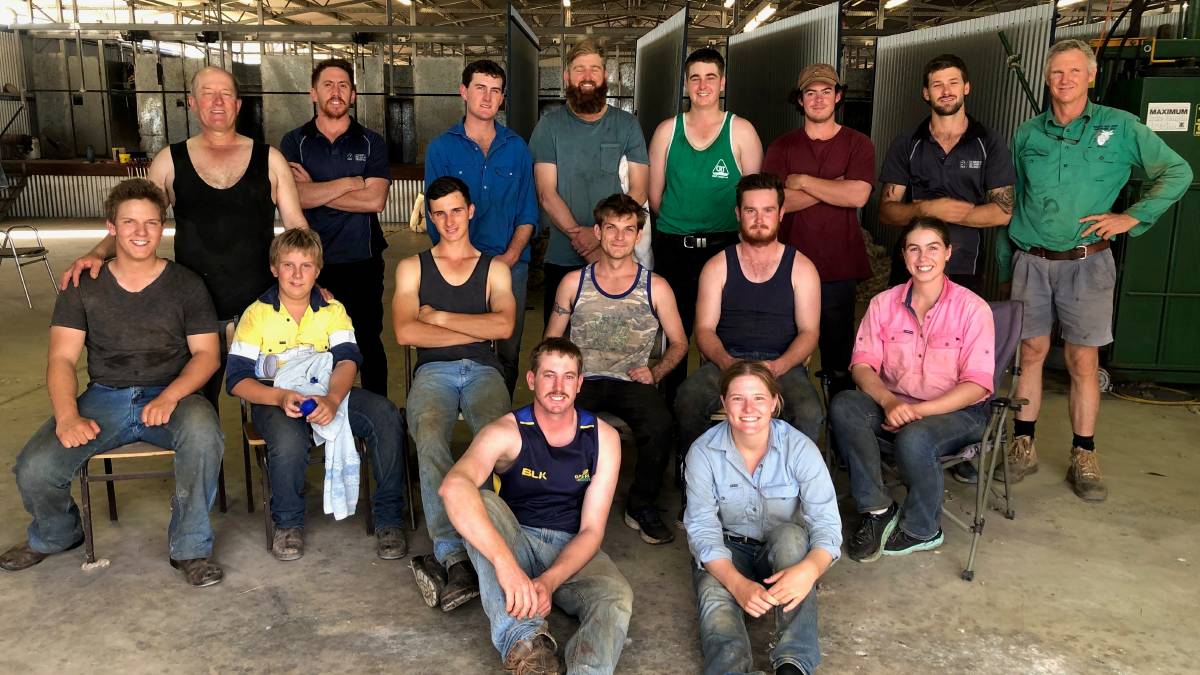 Participants at an AWI shearing school held at Barcaldine.

Australian Wool wool harvesting training and development national manager Craig French said Australian Wool Innovation had been working really hard to make sure there was enough industry training particularly with the lack of New Zealanders coming over to work in shearing sheds.

"I think we're going to have some shortfalls of staff come spring and we're ramping up training over June, July and August in particular, as that's probably the quietest three months of the calendar year for shearing across Australia," he said.

"We're focused on training as many young people as we can to go into industry and hopefully they get hooked on it. Vic and SA are looking pretty good for staff... probably the focus really is WA, NSW and also in Qld.

"People's sheep numbers in NSW are probably below where they were prior to the drought, so they're still in a building phase and if we had trouble last spring with staff, we can expect to have just as much trouble this spring coming, so we're trying to get ahead of it. "

Mr French said international travel restrictions had provided a forced opportunity for new shearers to get more consistent work and bring their skills up to the next level.

"We were forced with that because of the lack of staff and contractors did take more learners on stands than they ever did before," he said. 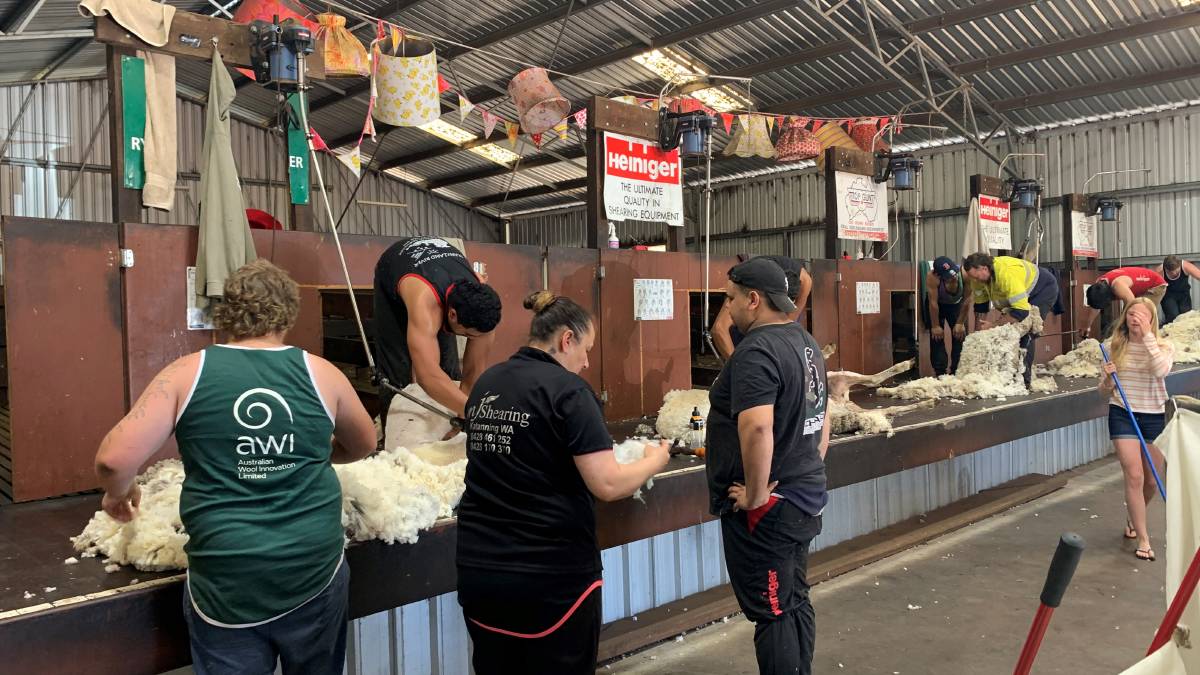 At Quilpie in Qld, Karl Goodman is preparing to run a shearing school at the Wanko Shearing Shed next week - a joint venture between AWI and the Quilpie Shire Council.

"I really wanted to cut it off at about eight to nine people, but I've ended up having to let it go to about 13." 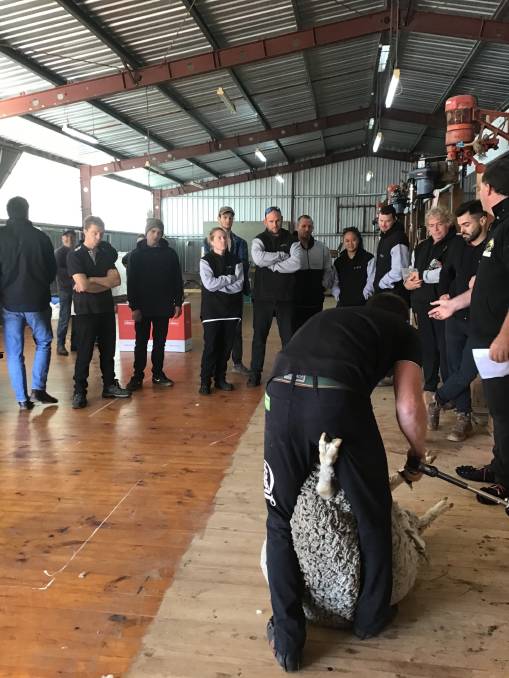 Shearer Woolhandler Training's Tom Kelly gives a demonstration to students at a workshop in Victoria.

Mr Goodman said participants ranged from young men from sheep properties who want to learn how to shear and crutch because of the lack of workers, several school-aged participants, a shed hand who wanted to take on a shearing role and a woman who wanted brush up her skills before a competition.

"There's been a lot of things against the industry, but there's a bit of momentum now as things start to turn around," he said.