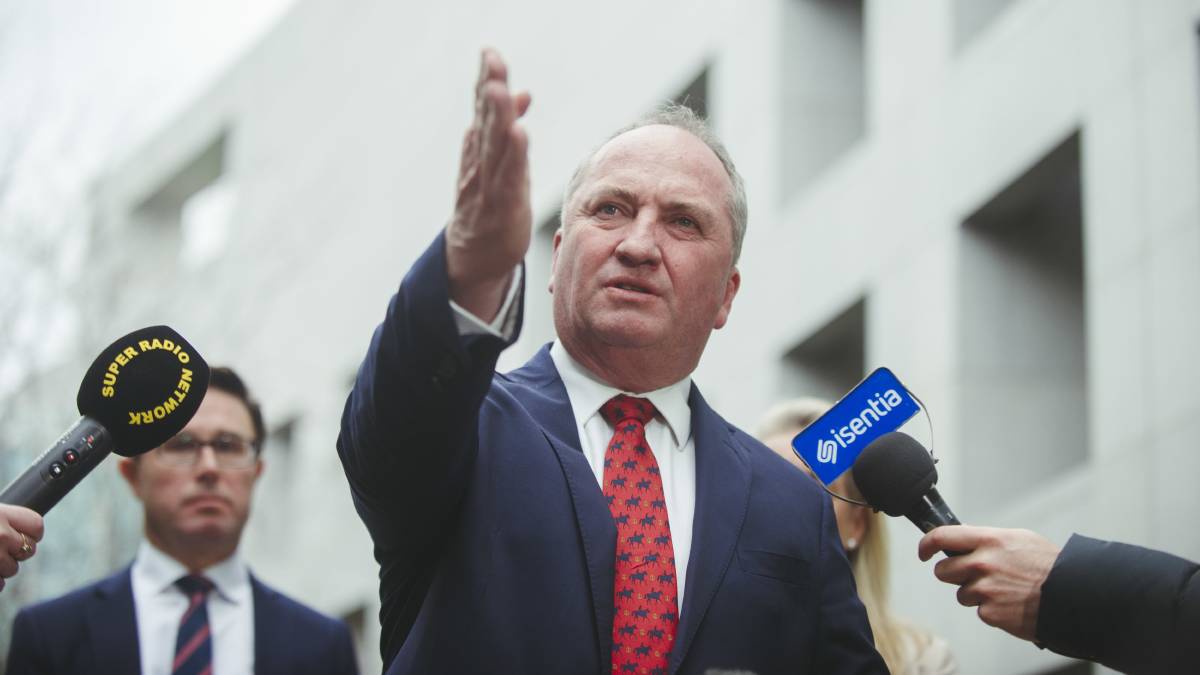 Barnaby Joyce says three years on the backbench has made him a better person, as he reclaims leadership of the Nationals.

BARNABY Joyce says three years on the backbench has made him a better person, as he reclaims leadership of the Nationals.

The New England MP will soon be sworn in as Deputy Prime Minister, after the party voted to end Michael McCormack's time in the top job on Monday morning.

Mr Joyce was vague about whether the spill was a referendum on leadership change or party policy.

"I'm not detracting for one second from the qualities that Michael McCormack has - I'm not saying also that I have the same suite of attributes," Mr Joyce said.

"I have a different suite of attributes and I hopefully will be able to apply them in such a way to give us our best chance of winning.

"I want to make sure we have a process where we can go to places such as central Queensland, that we have the capacity on behalf of the Coalition to give us the very best chance of winning the next election."

Climate action policy is thought to be at the centre of the party schism, however Mr Joyce dodged questions about his stance towards a potential 2050 carbon neutral target.

Mr Joyce was elusive about what portfolios or policies he would be pursuing, other than to say he would discuss it with colleagues.

"I will be guided by my party room - it's not Barnaby policy, it's Nationals' policy," Mr Joyce said.

In response to why he stood down three years ago in the face of a sexual harassment allegation, which he strongly denies, Mr Joyce said he wanted to "clear the air".

"For the sake of my party, I did not want to be litigating that one in the dispatch box," Mr Joyce said.

"I spent three years on the back bench. I hope I come back a better person."

Mr Joyce has already met with Prime Minister Scott Morrison, and will begin negotiating a new Coalition agreement with the Liberals, as is required with the appointment of a new party leader.

Earlier in the day, Mr Joyce said "there is no prospect of a spill at this point in time" and insisted it was not something he was pursing.

"If I thought it was something I expected to happen, I would have brought my hat," he said.

"This is not the wish of one person, it's a democratic process by a party."

"I don't want to dwell on the personal except to say hopefully one learns from their mistakes and makes a better person."

Despite being rolled as leader, Mr McCormack was still Acting Prime Minister in Question Time, as Mr Joyce had yet to be sworn in,

Agriculture Minister David Littleproud will remain the Nationals deputy leader and said the party had to "come together and unite".

"We now have to draw a line in the sand and get on with the job, it's as simple as that," Mr Littleproud said.

"Now is time to unify our party and get on with the job," she said.