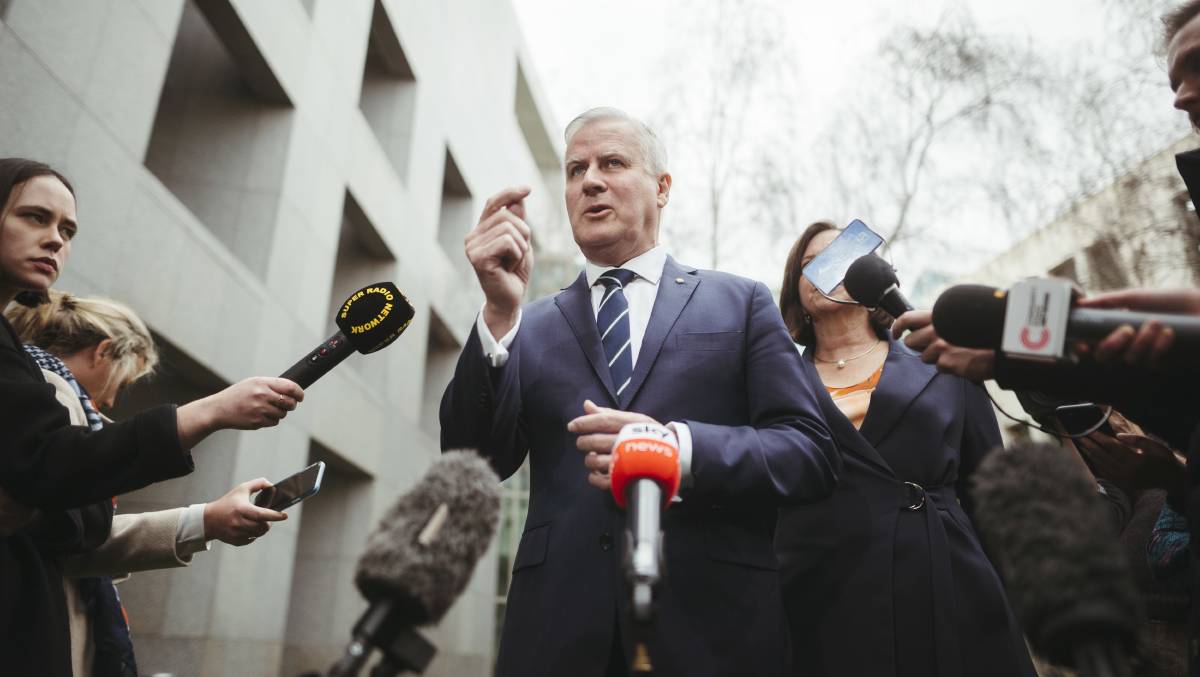 LAST STAND: Michael McCormack address the media after he was ousted by the Nationals party room. Photo: Dion Georgopoulos

Michael McCormack has promised to be a team player after the Nationals rolled him as party leader and Deputy Prime Minister, but will take some time to consider his future.

MICHAEL McCormack has promised to be a team player after the Nationals rolled him as party leader and Deputy Prime Minister, but will take some time to consider his future.

Mr McCormack was gracious in defeat, however had little to say about his successor Barnaby Joyce.

"The National Party has always been more than the individual," Mr McCormack said.

"It's a little bit surreal. It's been a tough day and I am disappointed - but you know what? There are a lot of Australians out there having a tougher day."

Mr McCormack said it had been a privilege to serve as Deputy Prime Minister and Infrastructure Minister.

Mr McCormack has been pre-selected by the party to recontest the Riverina, however the outgoing Nationals leader said he would "weigh those options up".

"I will I'll take some time to think about my future but it's also a humbling privilege to represent the people of the Riverina," he said.

Mr McCormack proudly declared that he had "never backgrounded against his colleagues" and had a message for people white-anting within the party.

"For the sake of good governance and the people of Australia, if you are going to say something have the guts and the gumption to put your name to it," he said.

Mr McCormack had been criticised by some within the Nationals for not standing up to the Liberals, however he defeated his leadership style.

"It's important to the safety of democracies to have those disagreements behind closed doors then get on with being a united and sensible government," he said.

"Malcolm Turnbull, Scott Morrison and I didn't always agree on everything. But you know what? We got things done."