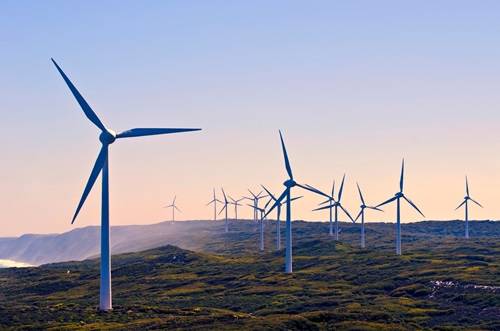 NOT HOT AIR: The latest GenCost report has given a big tick to wind as a source of renewable energy in Australia.

New GenCost report says solar and wind continue to be the cheapest sources of new electricity generation capacity in Australia.

Solar photovoltaics (PV) and wind continue to be the cheapest sources of new electricity generation capacity in Australia.

In its latest GenCost report, the CSIRO and the Australian Energy Market Operator (AEMO) said solar and wind had come out cheapest even when the integration costs of renewables were included.

Each year the CSIRO, and the AEMO consult with industry stakeholders to estimate the cost to generate electricity for new power plants in Australia.

This year's report used a new approach for analysing the cost of renewables like solar and wind to include additional costs such as storage and new transmission infrastructure.

CSIRO chief energy economist Paul Graham said an early draft of the report, released to stakeholders at the end of last year, had been improved to reflect feedback about the impact of weather variability on driving up integration costs.

"Our analysis of renewable integration costs now includes greater recognition of this year to year weather variability and the impact it has on electricity demand and supply," Mr Graham said.

"We took the integration costs from the highest of nine historical weather years."

Stakeholders asked that the analysis recognise batteries were achieving longer lives before they need to be replaced and costing less, meaning the costs of storage from batteries is lower than previously thought.

This report concluded that solar and wind continued to be the cheapest sources of new-build electricity.

Battery costs fell the most in 2020-21 compared with any other generation or storage technology and were projected to keep falling.

Pumped hydro was also important and was more competitive when longer durations of storage (above eight hours) were required.

The new approach was a model of the electricity system that optimises the amount of storage needed, and also includes additional transmission expenditure.

Previous reports added arbitrary amounts of storage costs but did not include transmission or other costs.

The latest report included hydrogen electrolysers for the first time and found that hydrogen was following a similar trajectory to more established renewables.

With increased interest in global deployment, and many demonstration projects worldwide, substantial cost reductions in hydrogen technologies were expected over the next decades, the report said.

Sponsored by
EYCI drops 11.90c in the week but another rally still possible
Test
A well-known sausage maker has made a big play into venison.
Test
The farm sector's drought and COVID defying promise of long term returns drives sophisticated investor interest across the ag supply chain.
Test
The ACCC has reauthorised an agreement among infant formula manufacturers and importers.
Test
Livestock accounts for three-quarters of agriculture's emissions, but rather than seeing it as a burden, the industry has been encouraged to embrace the associated opportunities.
Test
The prototype of a handheld micron-measuring device will be tested out on farms across Australia in coming months.
Test
Mike Carroll and John Duffield appointed to Genetics Australia board.
Test
A US investment company has decided to offload its big Australian farm portfolio.
Test