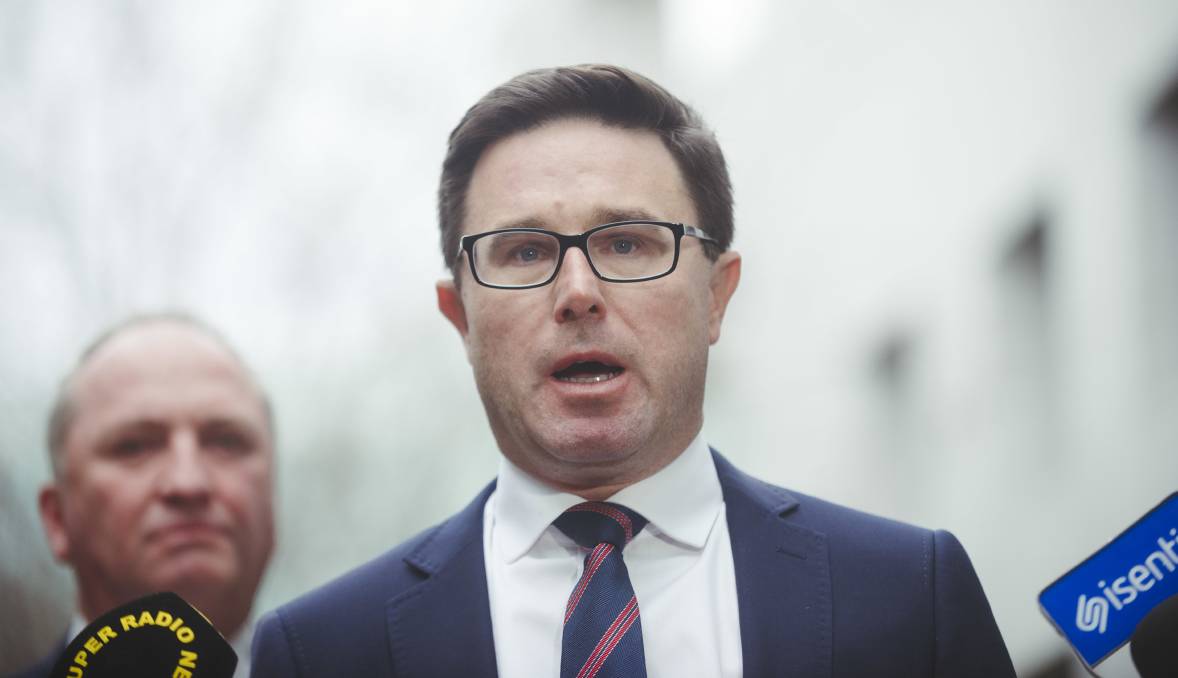 "We have to square the ledger, and farmers have to be rewarded for what they've done."

IF the Nationals are to agree to a 2050 carbon neutral target it would have to "square the ledger" with regional Australia, but the party unable to point to what it wants other than what is already on the table.

Agriculture Minister David Littleproud said nothing had been formally presented to the Nationals, but the party was "pragmatic and open" to the discussion, as long as it benefited the regions.

"We can't sign up to something that will be detrimental to regional and rural Australia," Mr Littleproud said.

"We have to square the ledger, and farmers have to be rewarded for what they've done; they haven't been in the past. And if we go further, they have to be front and centre of financial reward."

However, Mr Littleproud could not name how the party would like to see farmers rewarded in any 2050 deal, other than biodiversity and carbon farming schemes - both of which the government has already begun trialling.

When pressed, the deputy Nationals leader pointed to a "technology roadmap" and amendments to carbon farming to stop the "perverse outcomes" that occurred from "locked up and leave it" land management.

"You don't give your hand away until you see what is on the table," he said.

Resource Minister Keith Pitt also refused to be drawn on his support for a 2050 carbon neutral target and said the party was yet to see any details.

However, the Nationals hold the three of the portfolios - infrastructure and transport, agriculture and resources - that would be involved in writing the details of any agreement.

Carbon Market Institute chief executive John Connor said the Nationals should use the opportunity to push for a "well-considered further evolution" of Australia's carbon market policies.

"The right policies and ambition, carbon farming can support the development by 2030 of over 20,000 jobs and over $20 billion in carbon project revenue, most of which would be delivered to regional Australia," Mr Connor said.

"With the right policies, and a laser-like focus on integrity, our carbon farming industry can also become a major export industry of carbon reduction credits and expertise to a world increasingly demanding them."