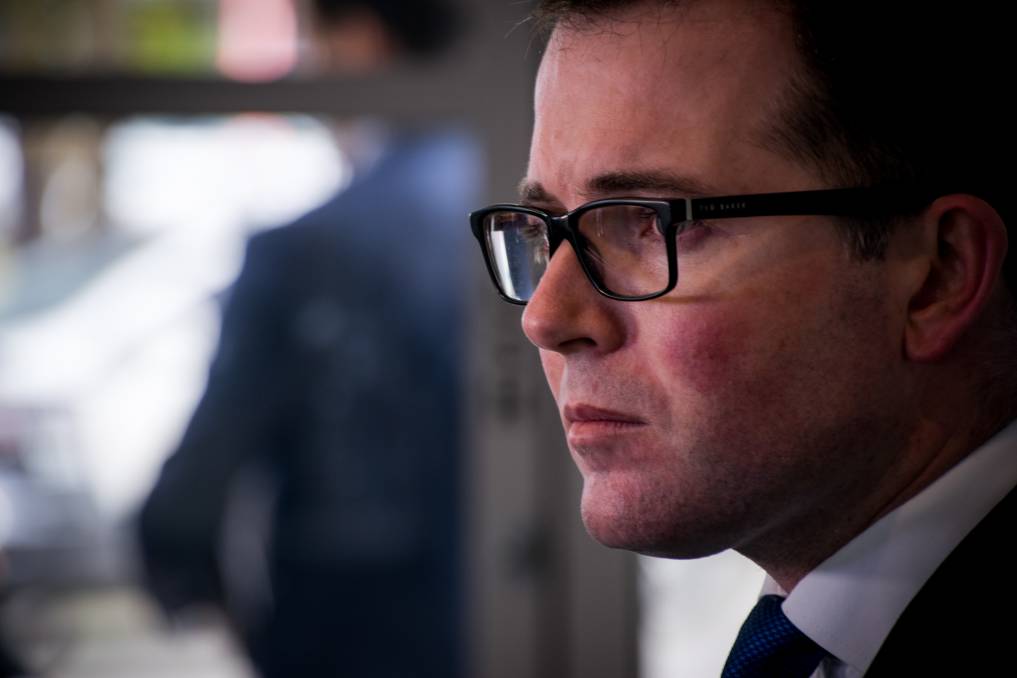 The MP, who is in Sydney, has confirmed he received a positive test result on Thursday morning.

The Agriculture Minister has been in isolation since he was notified by health authorities of a possible exposure after he dined at a Sydney pizza restaurant on Monday night.

He confirmed the news on Thursday morning after getting his test results. He told ABC New England North West he "felt physically fine".

He was notified just after 8am. He was tested twice on Wednesday, he confirmed.

Mr Marshall said he would have to remain in quarantine for at least 14 days.

He said the NSW Heath staff "had been amazing" with contact tracing.

The news is expected to have major ramifications for NSW Parliament after Mr Marshall met with other Nationals and government MPs earlier this week.

Already the opposition's budget reply speech has been cancelled on Thursday and some parliament staff have been told not to enter parliament.

Meanwhile, NSW Health Minister Brad Hazzard has played down fears Sydney is poised to go into lockdown after revealing he is self-isolating after being exposed to a person who could have COVID-19.

Mr Hazzard received a text from NSW Health overnight informing him he has been in close contact with a likely coronavirus case.

He was exposed at NSW Parliament House but was not experiencing any symptoms, he told ABC TV on Thursday.

"I'm talking about somebody who works for NSW Parliament who may be a positive case," he said.

"We (in Sydney) have obviously a clear danger ... and now I'm on the receiving end.

Mr Hazzard admitted it "was likely" other MPs could be affected and told Channel Nine he stands next to Premier Gladys Berejiklian every day.

"I think the premier is fairly safe. From my point of view at the moment obviously I have a tricky situation," he said.

NSW is likely to report more more COVID-19 cases on Thursday but Mr Hazzard played down fears Sydney is on the brink of a lockdown.

"I don't believe that we will go into a lockdown," he said.

However, on Wednesday the premier warned "the NSW government will not hesitate to go further and harder if we have to".

Meanwhile, school holiday plans are in tatters for many Sydney residents, with many confined to the metropolitan area, as NSW struggles to contain a coronavirus cluster that's blown out to 31 infections.

A household guest limit of five, including children, and the four-square-metre rule indoors and outdoors were introduced alongside mandatory masks in all indoor non-residential settings, including workplaces.

Overall, there were 16 new cases reported on Wednesday, taking the total number of infections to 31.

Residents who live or work in the City of Sydney, Waverley, Randwick, Canada Bay, Inner West, Bayside, and Woollahra local government areas cannot travel outside the metropolitan area unless it's absolutely essential.

Masks must also be worn to gym classes, which are now limited to 20 people.

Eight of the 13 additional cases were at a birthday party attended by about 30 people in West Hoxton on Saturday, which NSW Chief Health Officer Kerry Chant described as a "super-spreader event".

Other states have hardened their borders days before NSW public schools break for two weeks.

WA has closed its border to NSW for anyone who had been in the state since June 11 or in the 14 days prior to travel.

Queensland has closed its border to people from Greater Sydney, the Central Coast, Blue Mountains, Wollongong and Shellharbour.

New Zealand has paused its travel bubble with NSW.